Baguio was not really a part of our 10-day itinerary around Luzon but since the kids enjoyed roaming around and we couldn’t catch the last bus to Sagada, we decided to stay for a night and spent the whole day bringing them to places that were so familiar to us. None among us were first timers in Baguio and when you get there a few years back, you would expect the same level of excitement that you had the first time. That was a rainy day when we arrived and we headed to SM Baguio for lunch, the only SM in the Philippines that is not air-conditioned, mainly because they have got a lovely weather. After all, Baguio is considered the Summer Capital of the Philippines. Yes, it’s cold in Baguio. Though we enjoyed the overlooking part, it felt like the mall has become a market because it was overcrowded, but the rain could also be a factor. 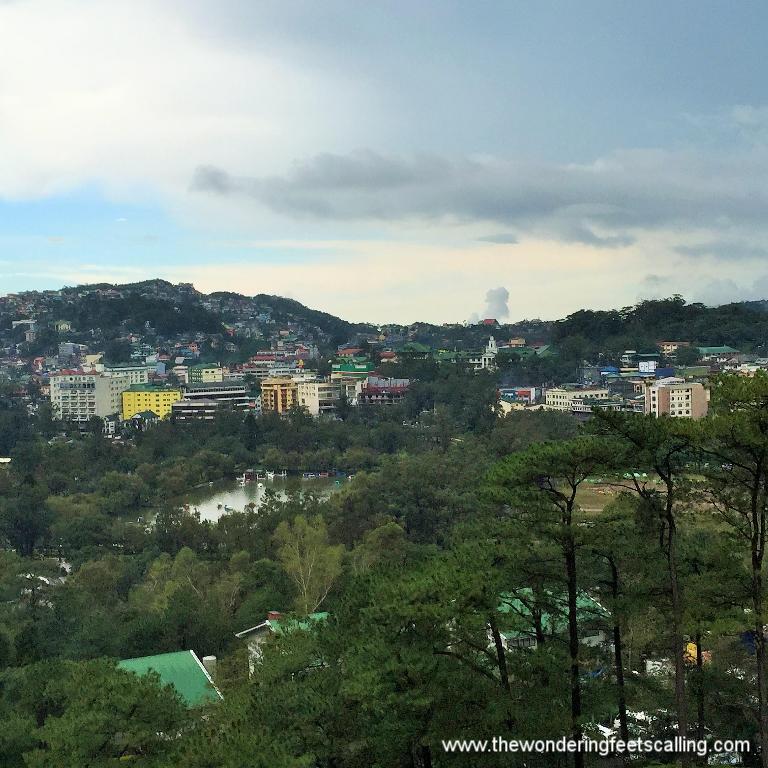 After our lunch, we decided to move to Burnham Park. Walking around the park with its scenic view, biking with kids, taking photos or even boating around the man-made lake are just some of the activities that you can do, making this place ideal for family bonding. 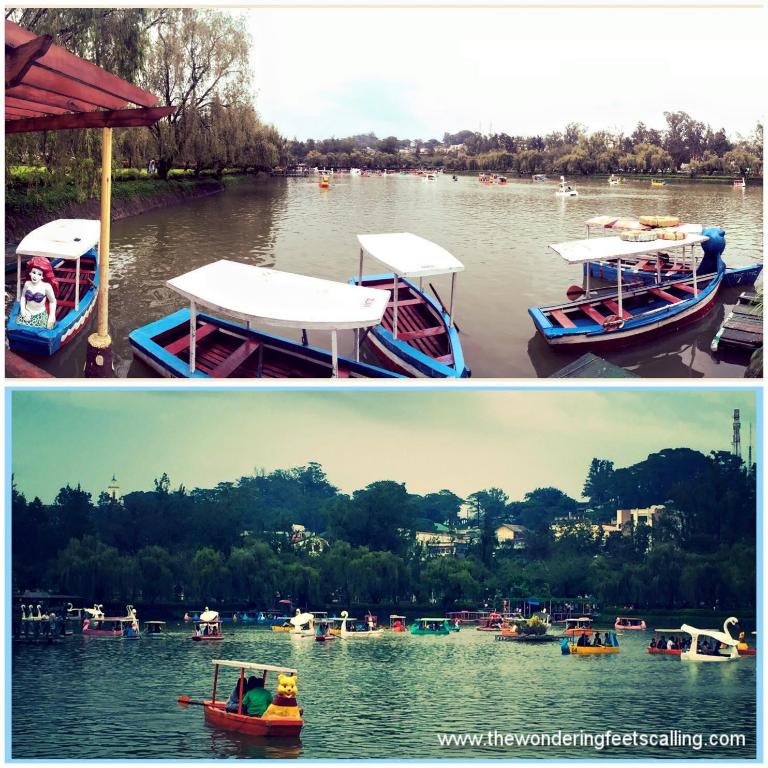 Mines View was our next destination. The most visited park in Baguio because of the overlooking, though this gets really foggy once the temperature drops. 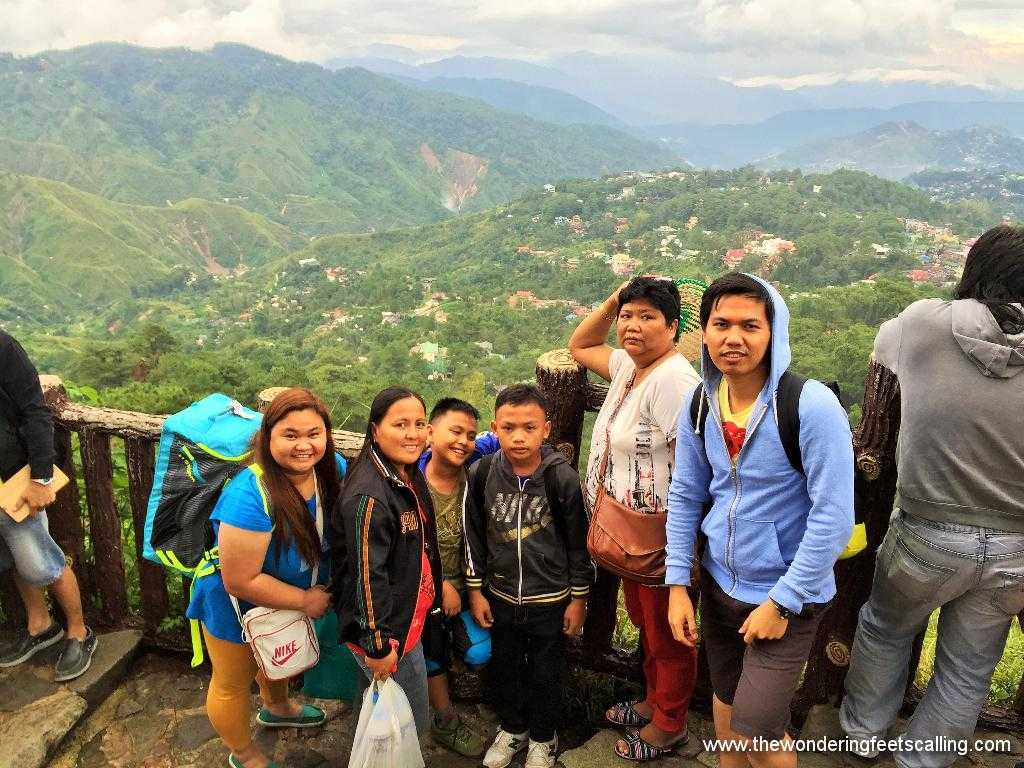 Once you enter the park, you will see a large display of local products for souvenirs. Several carvings from wood, locally woven fabrics, jackets, sleepers, flowers, and various local delicacies and products are arranged. 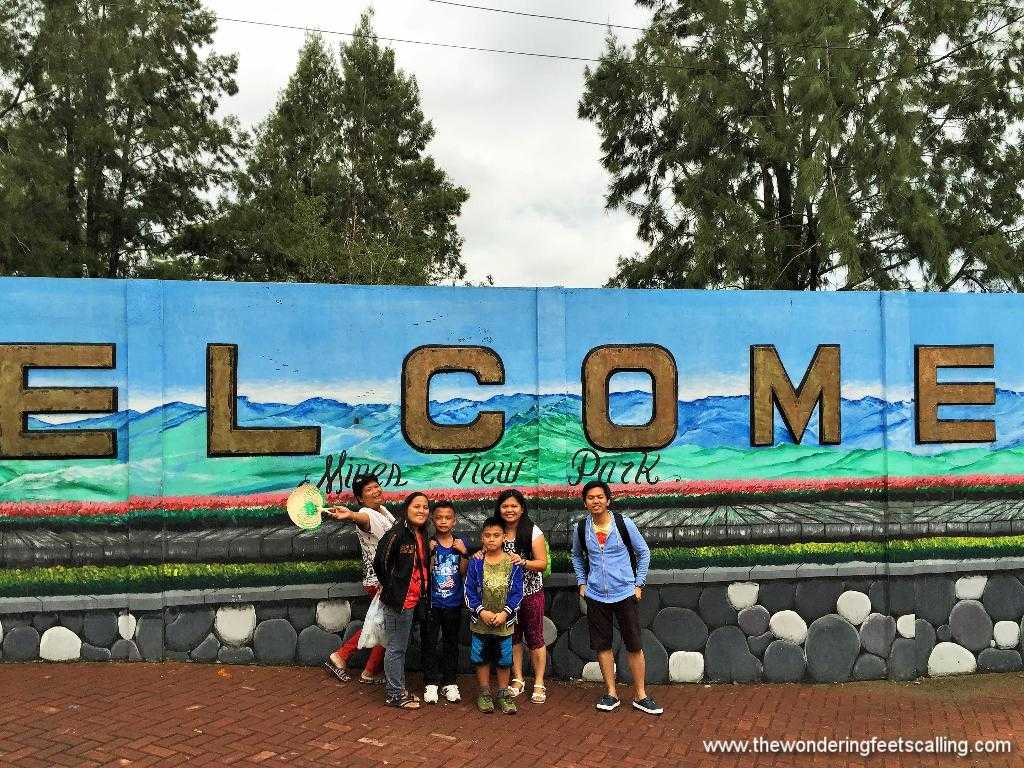 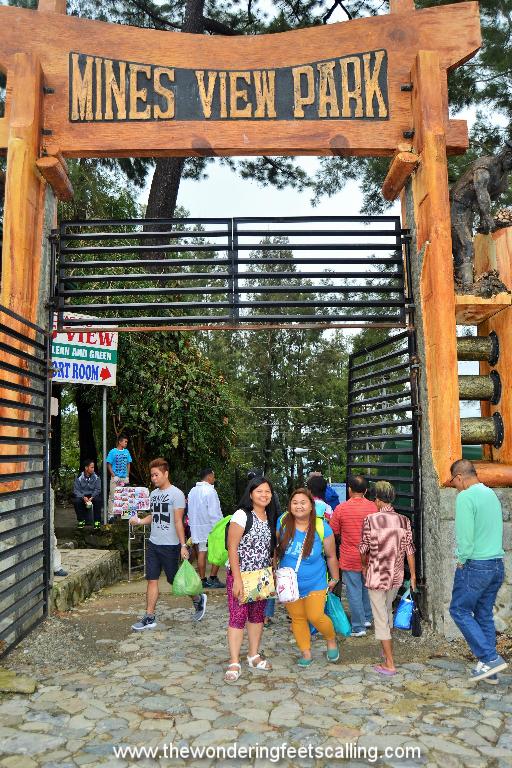 You will also get a chance to wear the traditional clothes of the Igorots, the natives of Baguio. We burst out laughing because my Aunt and my brother wore those clothes for picture taking but my Aunt danced with it after, like those of the locals. 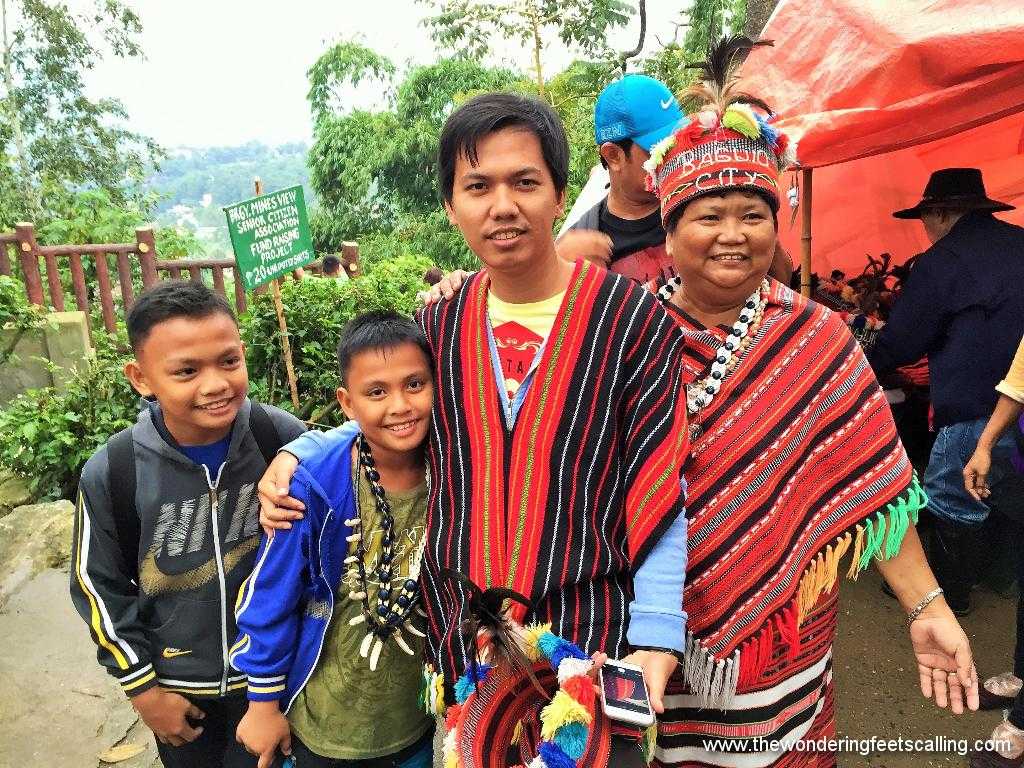 Outside is the famous yellow corn on the cob that we excitedly crave for but ended up unsatisfied and disappointed with the taste. 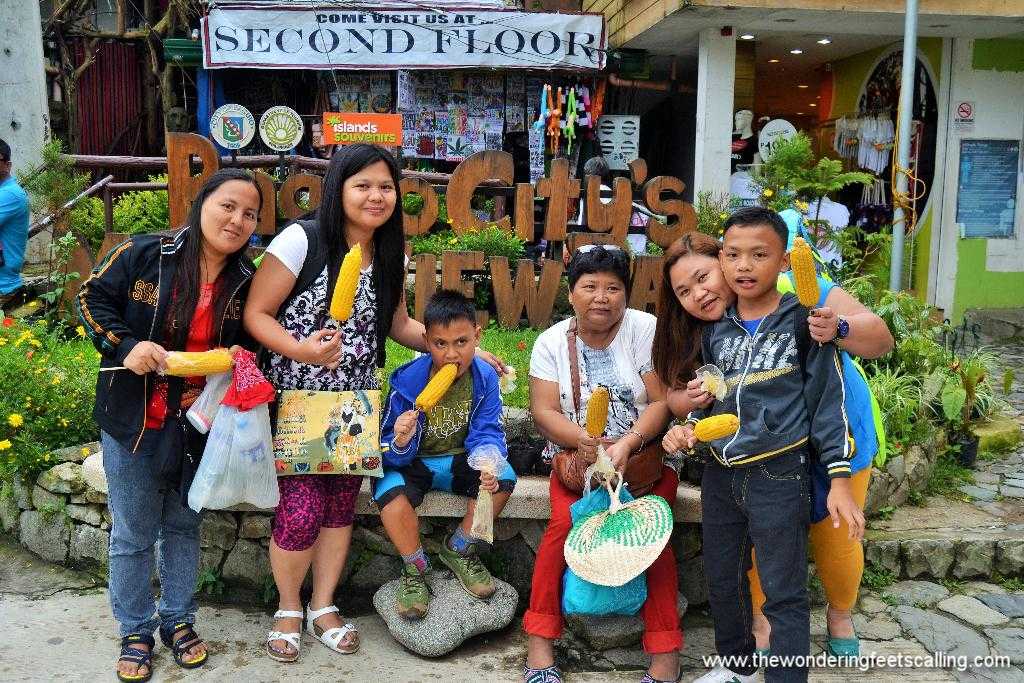 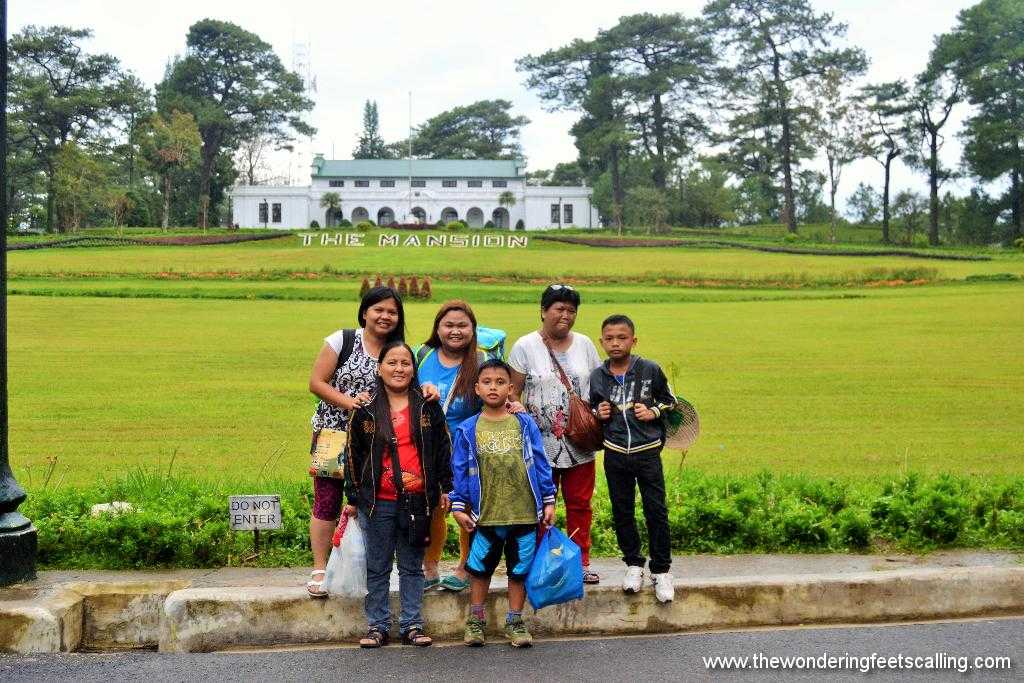 Since it’s getting late, we rushed to the Mansion which is a jeepney-ride away from the Mines View. It was about to close when we get there and the guards had just allowed us to take photos. 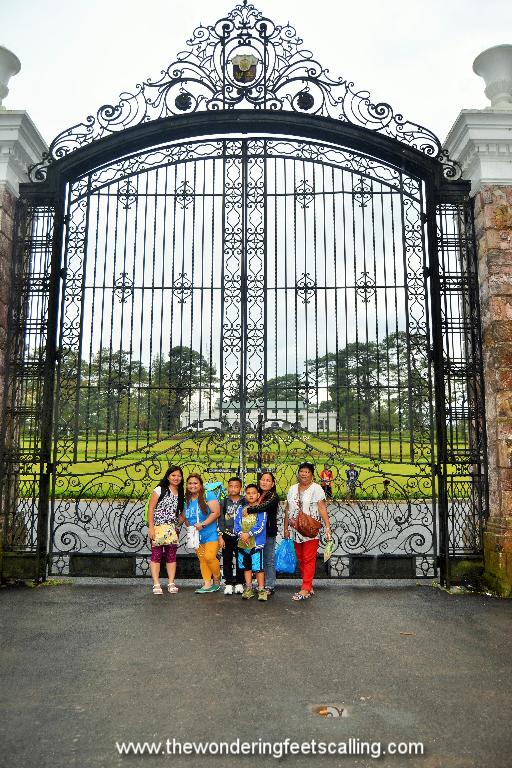 The Mansion is the official Summer Residence of the President of the Republic of the Philippines. The huge gate is acknowledged because of its size and the elaboration of its ironworks. The upper part looks like a crown with the emblem of the Philippines in the middle. 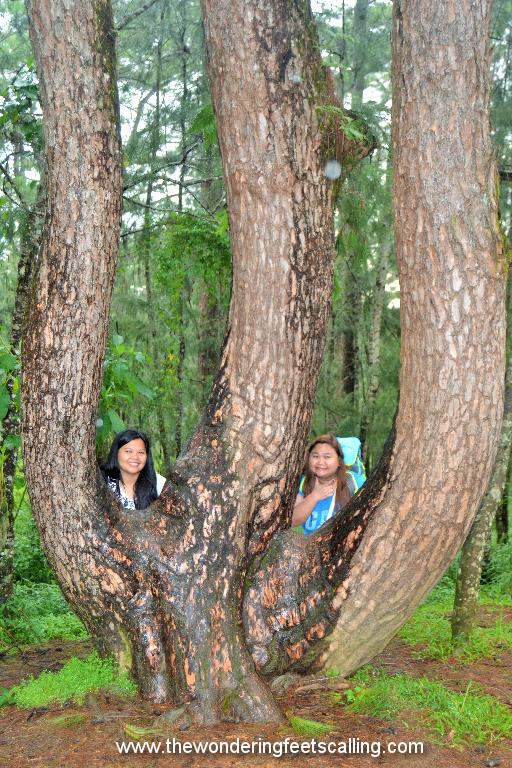 While the family of my cousin and my Aunt moved back to Pangasinan, we walked across the Mansion to a place called Wright Park. It is famous for its “Pool of Pines”, a rectangular man made body of water that is situated between two roads. Pine trees fenced the other side of the road making this place ideal for walking and yet we were literally walking in the rain. 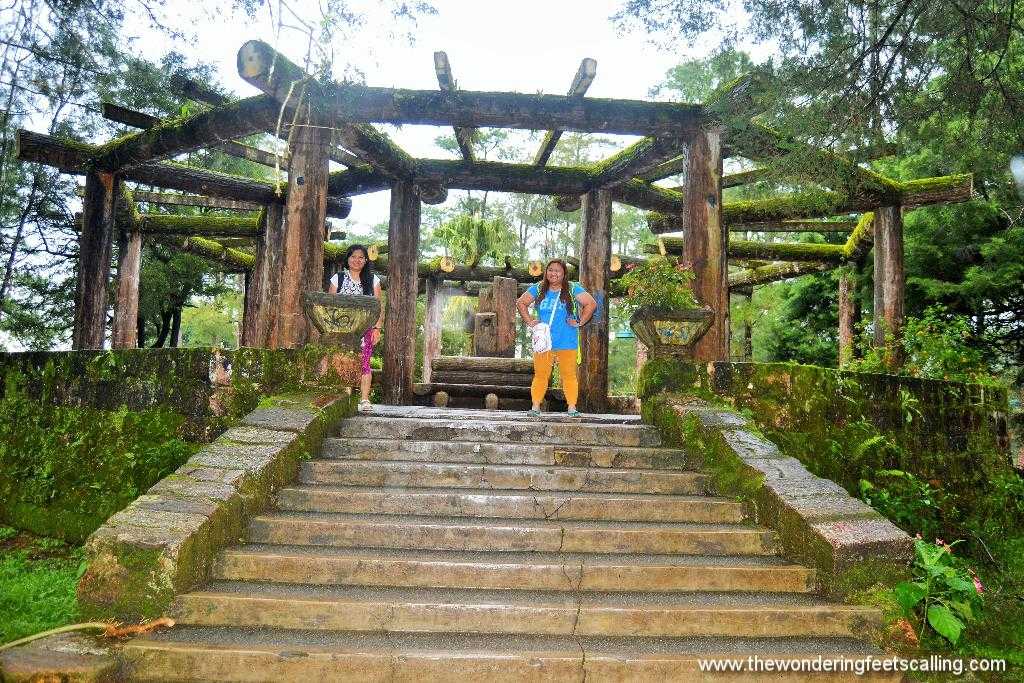 At the end of the road is a park circle which leads to a hundred and more steps down to where pony riding is offered. 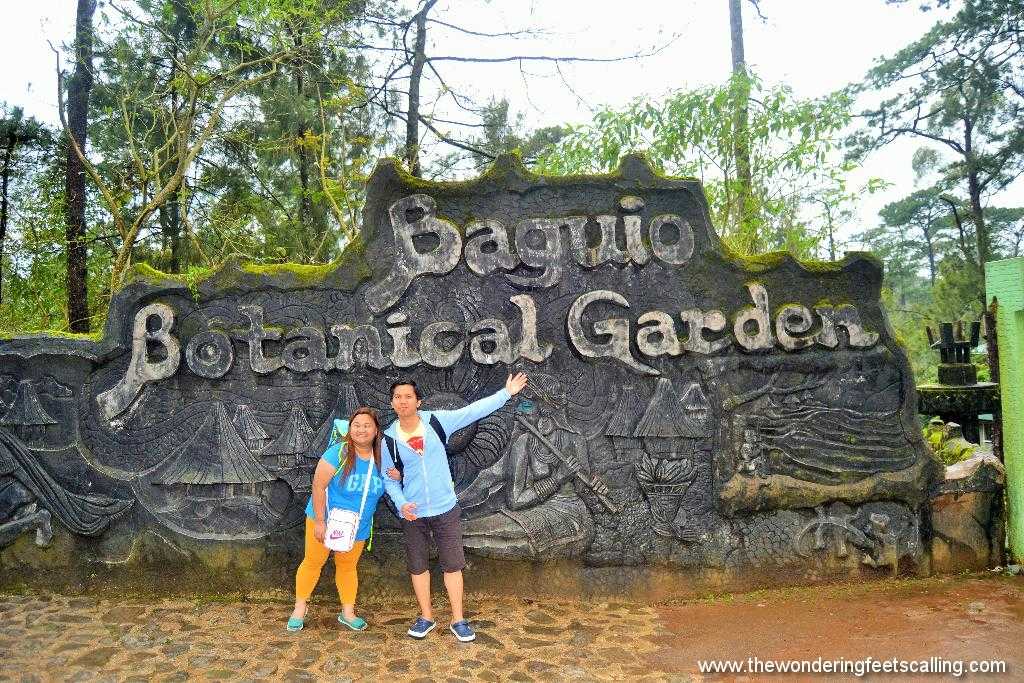 Just by walking continuously, we reached the Botanical Garden which showcases the life of the Igorots, most especially their dwellings. On usual days, a lot of Igorots in traditional dresses assembled themselves at the entrance of the garden for a paid picture taking. 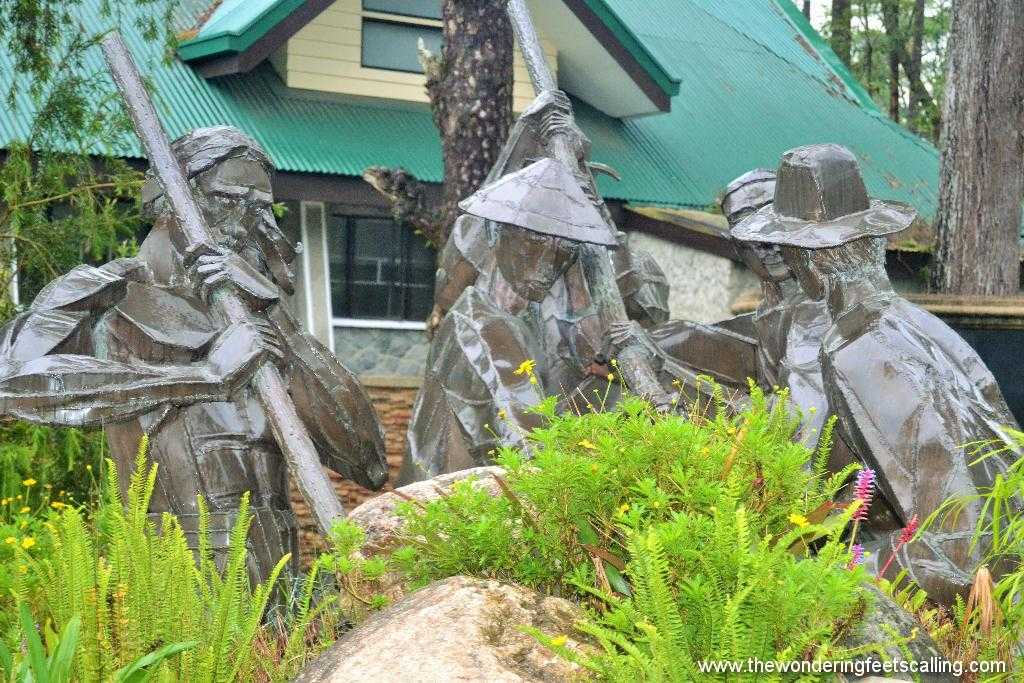 We asked a taxi driver if the Philippine Military Academy was still open as we wanted to head there. Because he said yes, we get in his cab and moved, but found out that it’s already closed when we reached there. We confronted him and concluded that he just said yes to get passengers. Instead of arguing, we told him to just bring us back to the city and continue the taxi meter. Here comes the worst! He wanted to stop the meter right there and then restart it on our way back. Such a cheater, that was totally absurd! We finally decided to get off and again avoid argument. 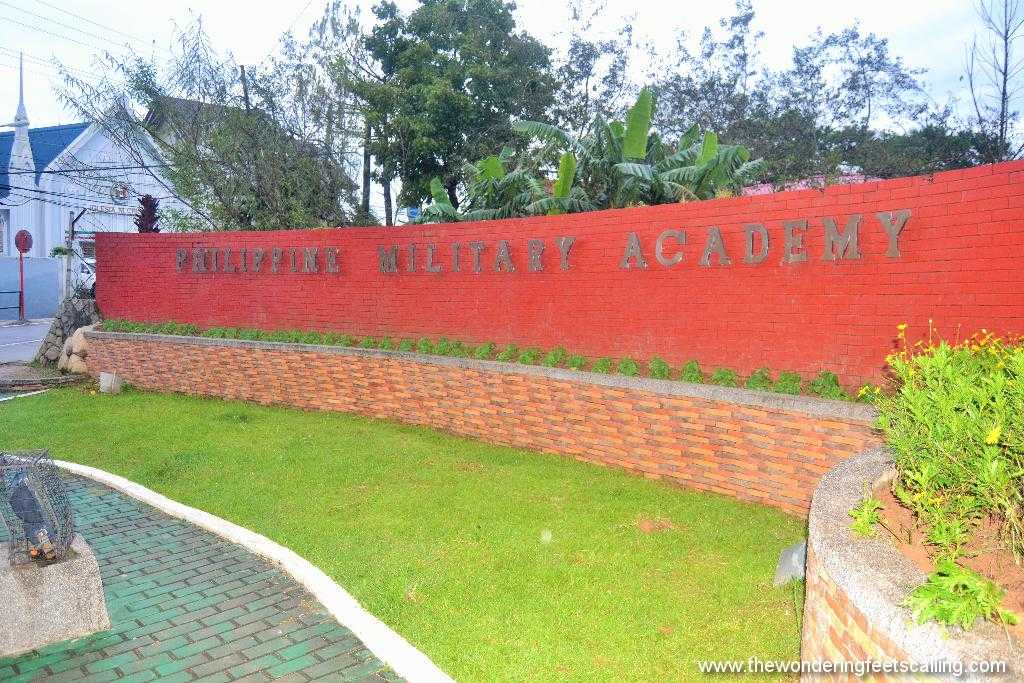 It definitely doesn’t feel right to be treated that way by your fellow country man. My mind wandered in questions. Baguio is the home of the most honest taxi drivers in the country, and so where are they now? 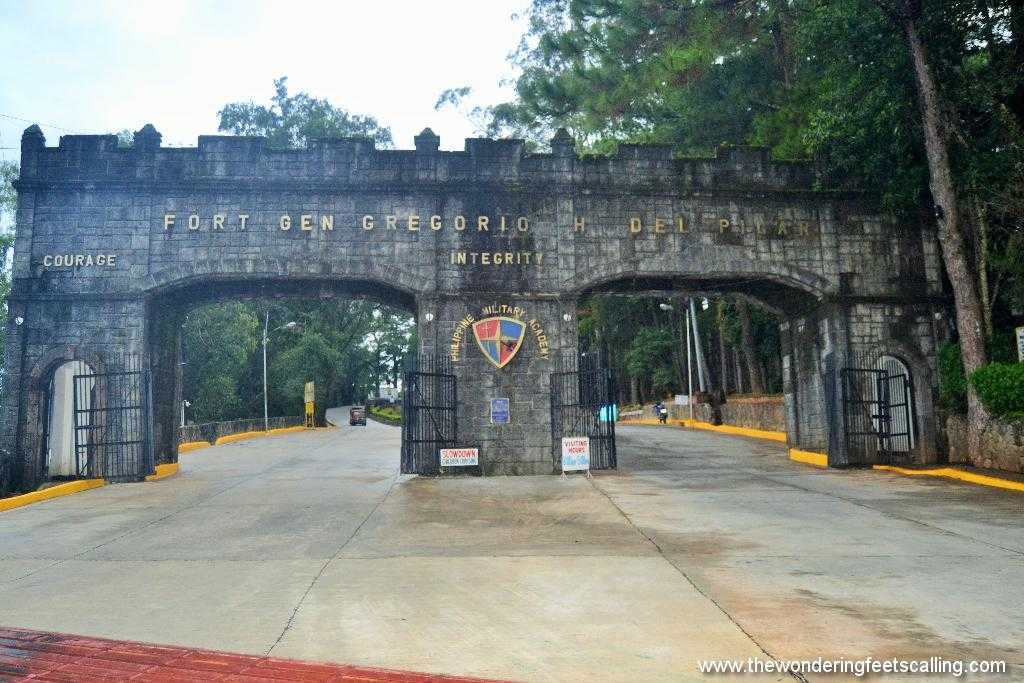 Daylight slowly fades, so we opted to go back to the city. On our way back, we were in a jeepney with a “seemingly” hold-upper inside, relentless and restless as we maneuvered our way into the woods. He wore his bonnet when we reached the dark and silent part of the road and his hands were finding something inside his backpack. I stared at him without a blink so he will be aware that I knew his plan. His mobile kept receiving messages that had made him appear so nervous every time. I didn’t even know if the other passengers had noticed that, but we were in that critical situation and it only subsided when we reached the city. Thanks heavens, that didn’t happen. Immediately, we got off, breathed deeply and walked along the roads looking for a place to stay. After our checked in and dinner, we spent the rest of the night with a good acoustic music along session road.

Honesty is challenged in that part of the country and it is depressing to see. On our way to the bus station the next day, someone followed my brother and attempted to open his bag but when he turned his back, that guy disappeared so fast and didn’t get anything.

Baguio has completely transformed over the years. The streets are flooded with leisure-walkers and crime-makers, especially at night.  The city gets so congested that it gave people bad motives making it unsafe.  The crowd that I saw appeared to me like a festival, with every city corner labelled unsafe, but it was just another ordinary day in Baguio nowadays. Sad but real.

Pangasinan: The Hundred Flavors and the Hundred Islands