The massive treasures of Ilocandia depict its traces from the past. Rich with its contribution to the Philippine history and the preservation of culture, the South has enlivened the spirit of patriotism in the present time.

Recognized as one of the New 7 wonder cities in 2015, Vigan is one of the few places in the Philippines that preserves the Hispanic influence in the country.

Our first stop is at the Bantay Bell Tower, which was flooded with  teenagers around. Built in 1591, the bell tower is believed to be a watchtower where people can see possible dangers and defend the  city against potential enemies. We climbed up the stairs and was welcomed by a huge bell with smaller bells at the corners.

We then proceed to the Syquia Mansion Museum, where the memorabilia of the late President Elpedio Quirino are housed. It is actually owned by his wife who is from a Chinese lineage and at that time doing trading in Vigan. The mansion is looked-after a fourth generation helper who until now remain faithful in their service to the family. A caretaker will take every visitor around and will  give important information about the mansion, including the showcase of expensive gifts that were given by prominent and influential people from the past.

Woven products from Vigan is also famous not only for its durability but also good value for money. Cristy’s Loom Weaving showed us the process from thread to finished fabric. I do admire the craftsmanship of people who are working here. Their patience is remarkable! Doing this so manual job is definitely not a joke. At the back of my mind, I wish I could try and make one. They showcase a wide variety of products that would address not only your kitchen and bathroom needs, but also your fashion, living room and bedroom. 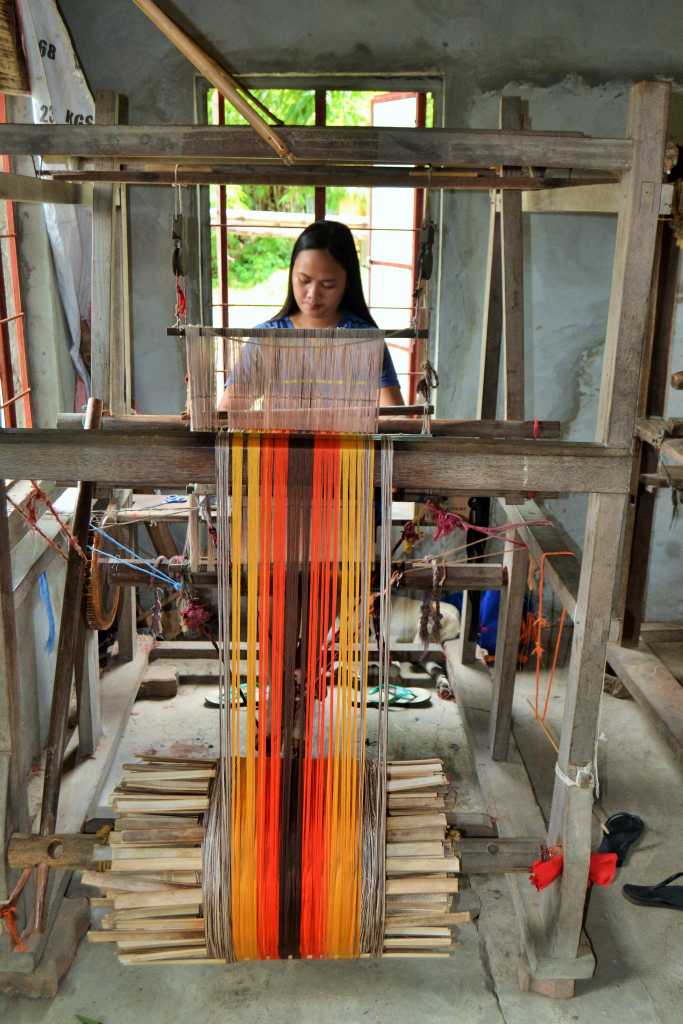 Finished products are displayed in a store located at the front of their facility. We actually bought a few for our mother and we wished we can buy more, but our backpack doesn’t have space to accommodate them. 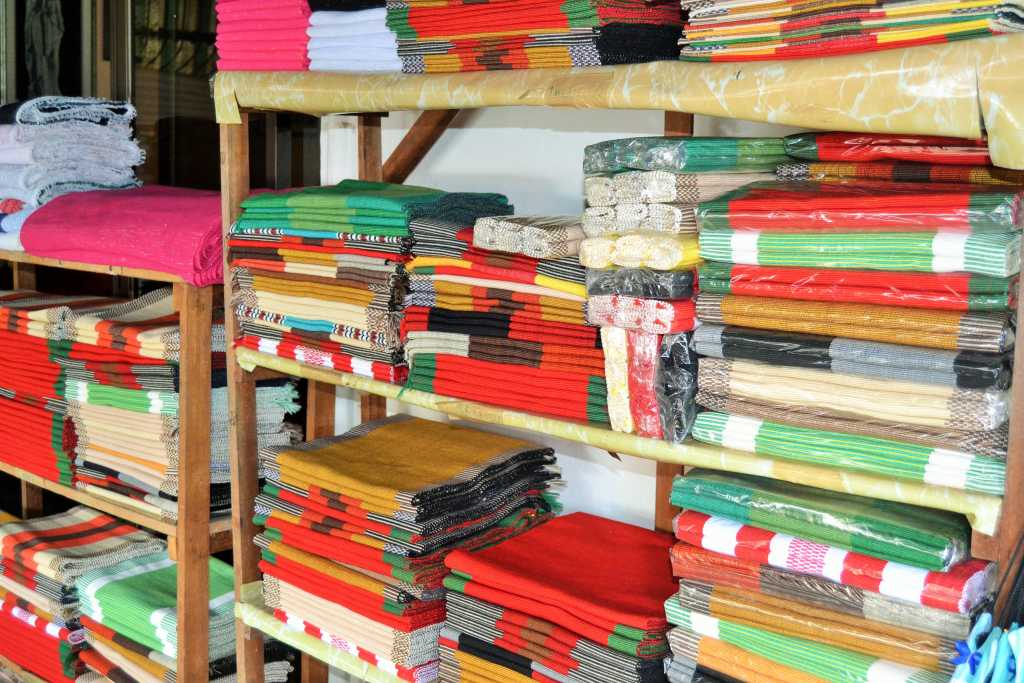 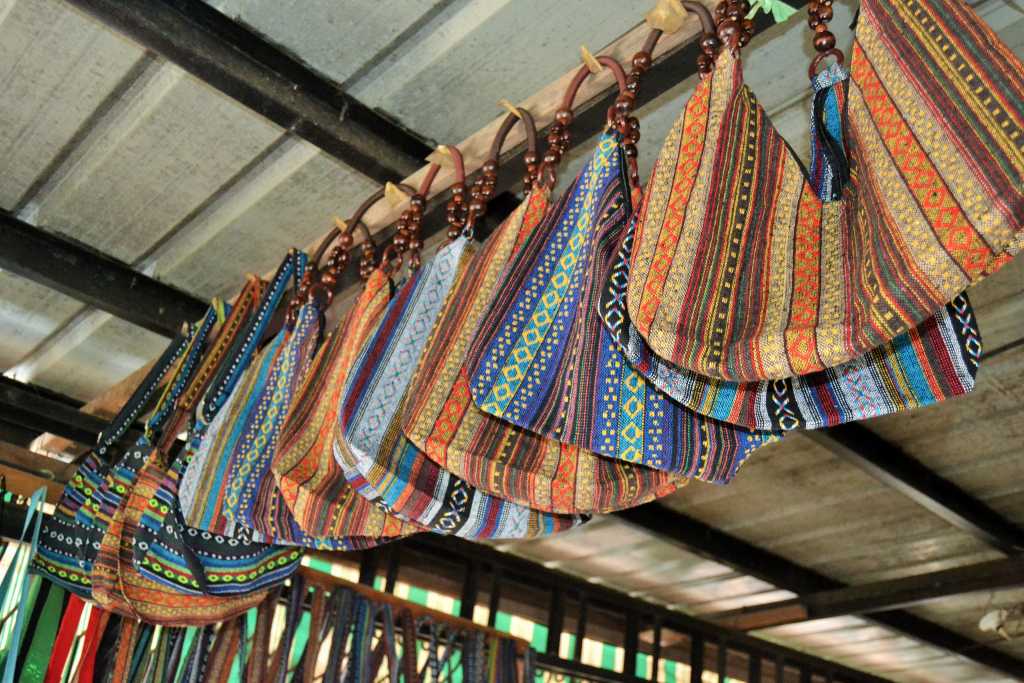 Baluarte is again another tourist spot that makes Vigan known. Owned by Governor Chavit Singson, this privately owned zoo is ideal for families. 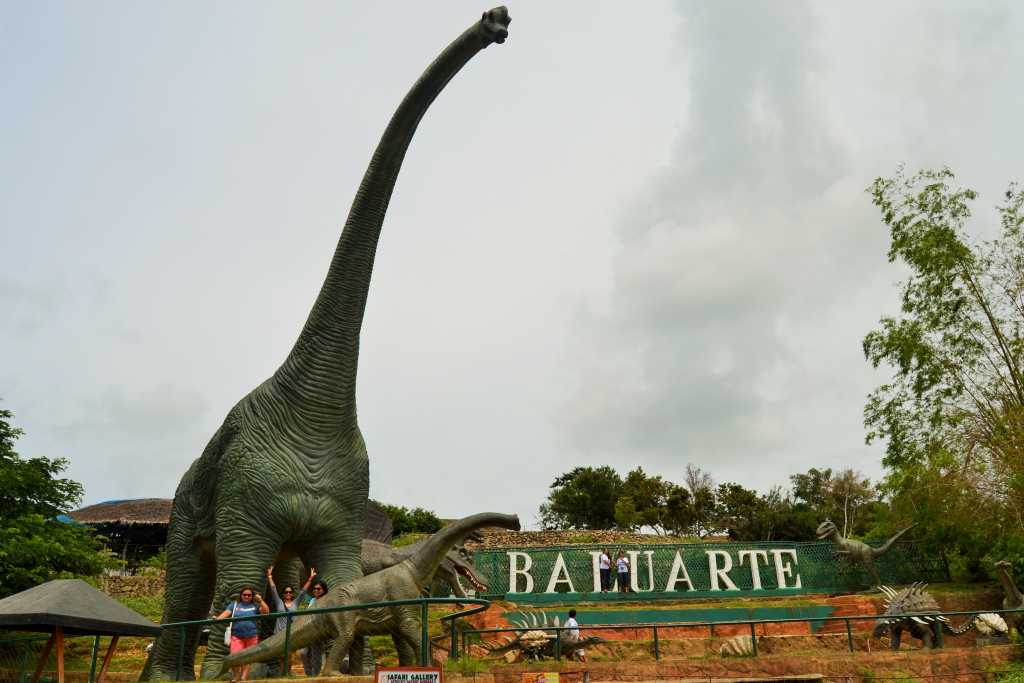 Various animals are housed in Baluarte and one of the famous is the unusual Governor’s tiger pet. Visitors are allowed to get near it with a fee and limited camera clicks. 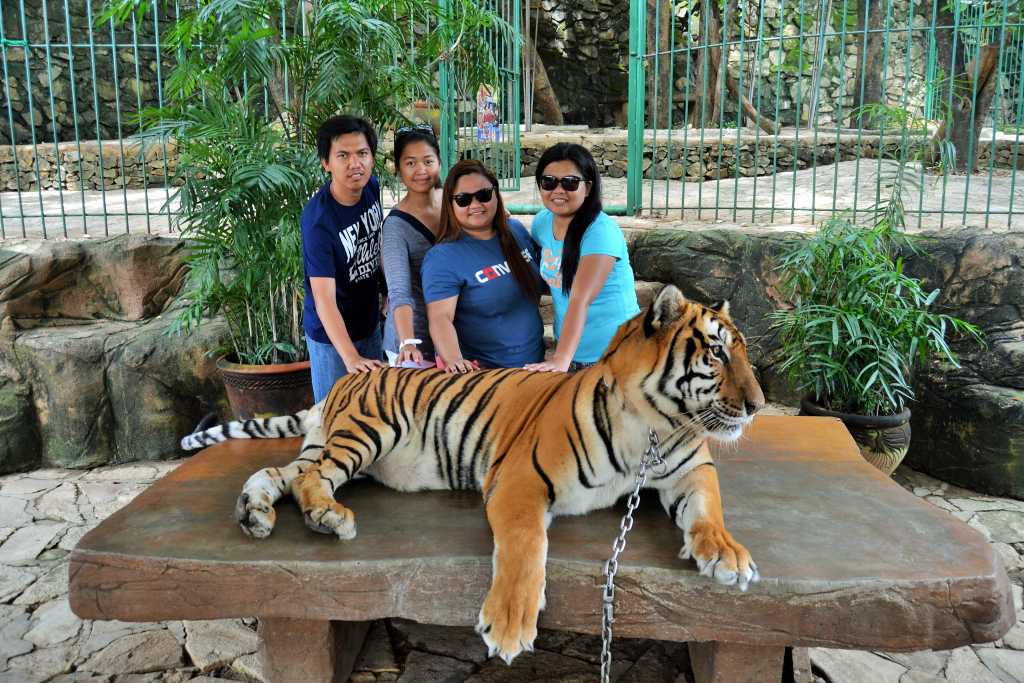 They also have scheduled animal show for everyone while packaged picture taking with different animals can be done at any time. 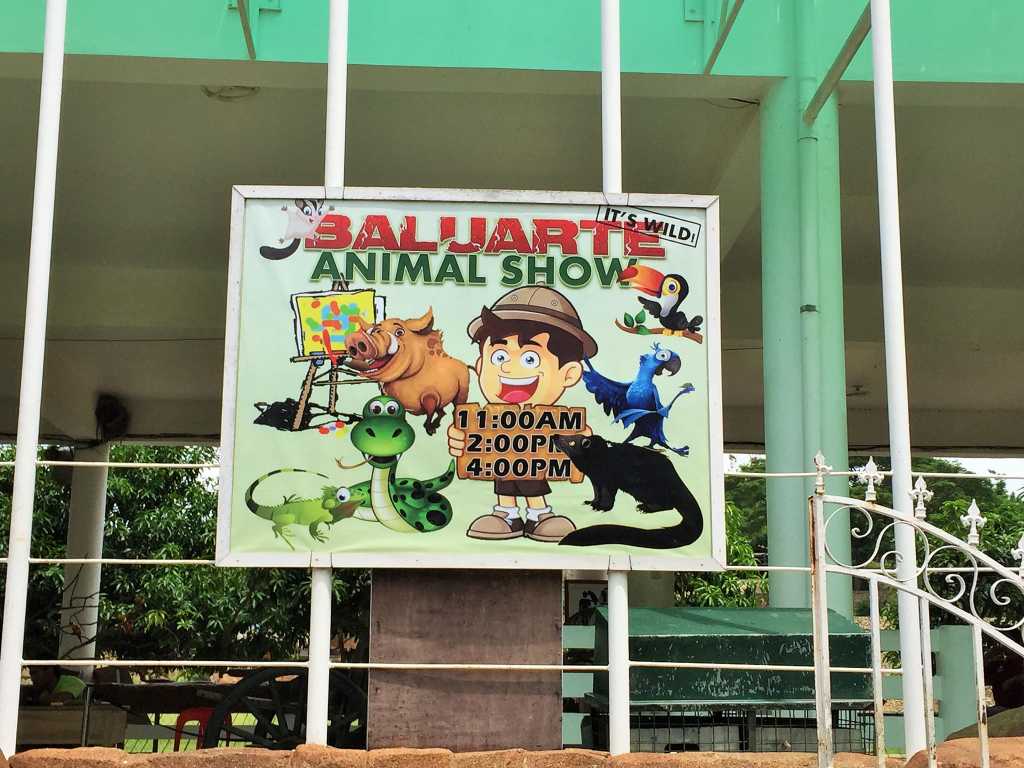 Floro Crisologo was a brilliant lawyer who authored the bill and created the Social Security System. The same as my great grandfather’s ancestral Spanish house, most of the things that I saw inside Floro Crisologo’s house is not new to me, not even the set up.

One thing that strikes me is the array of different hats and cots displayed on the wall. Took their pride, each of them represent a place, a country, or a province. 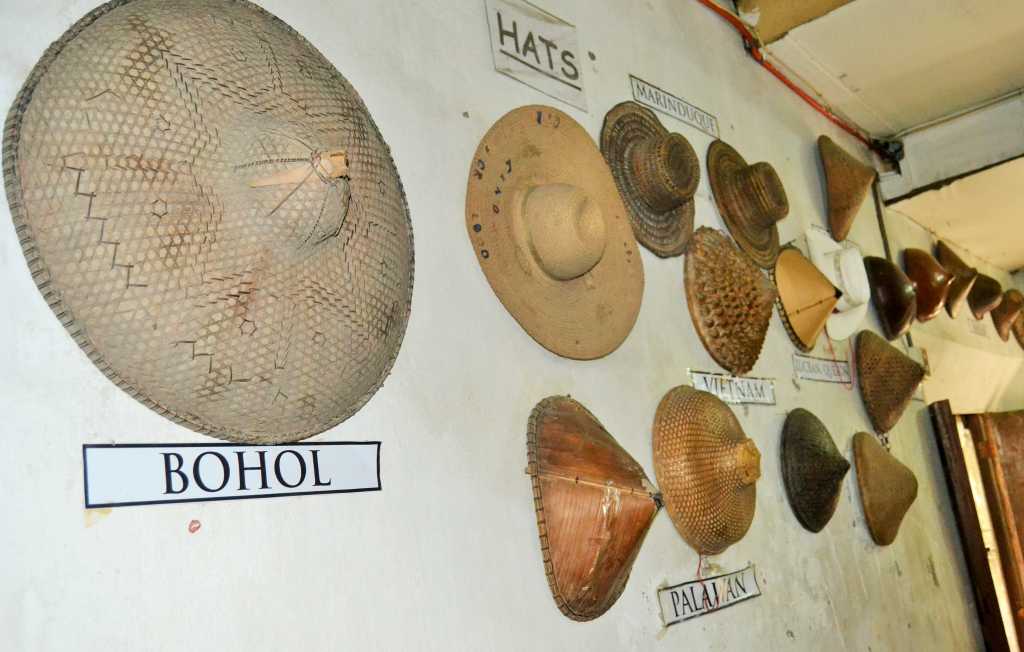 The famous Calle Crisologo is our next stop. It is one of the major attractions in Vigan because this street traces back to the Spanish colonization in the Philippines. It is also in this area that you can find calesa roaming around with a fee of course. 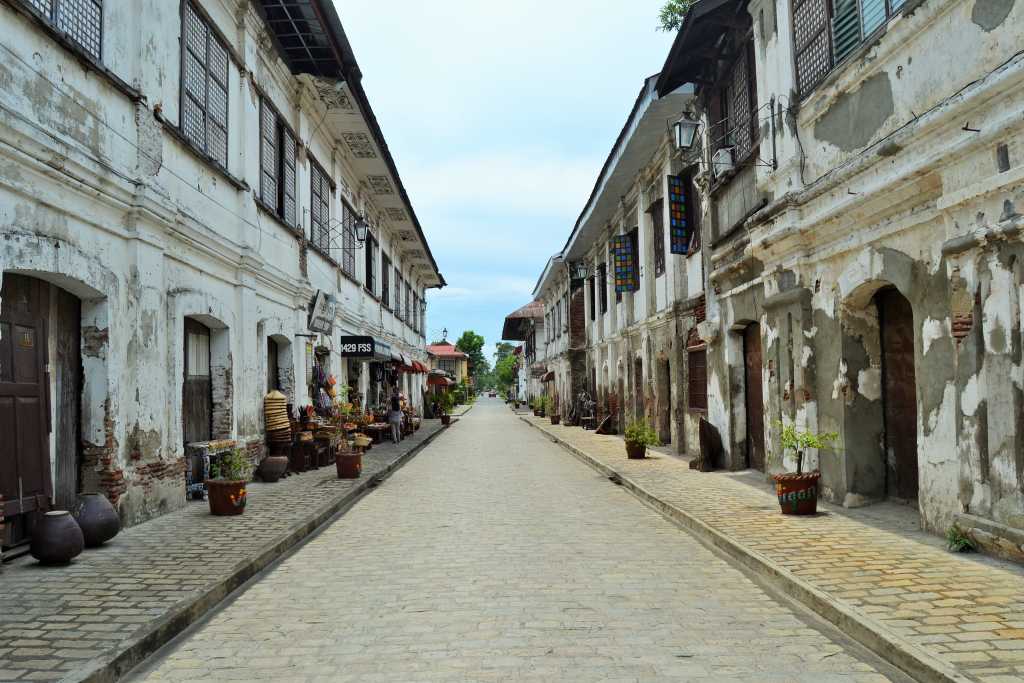 In the same street, souvenirs are also found in many of the shops. Most of them are wood works and furniture. The street is naturally quiet. You will only hear the sound of  horse steps and calash wheel. 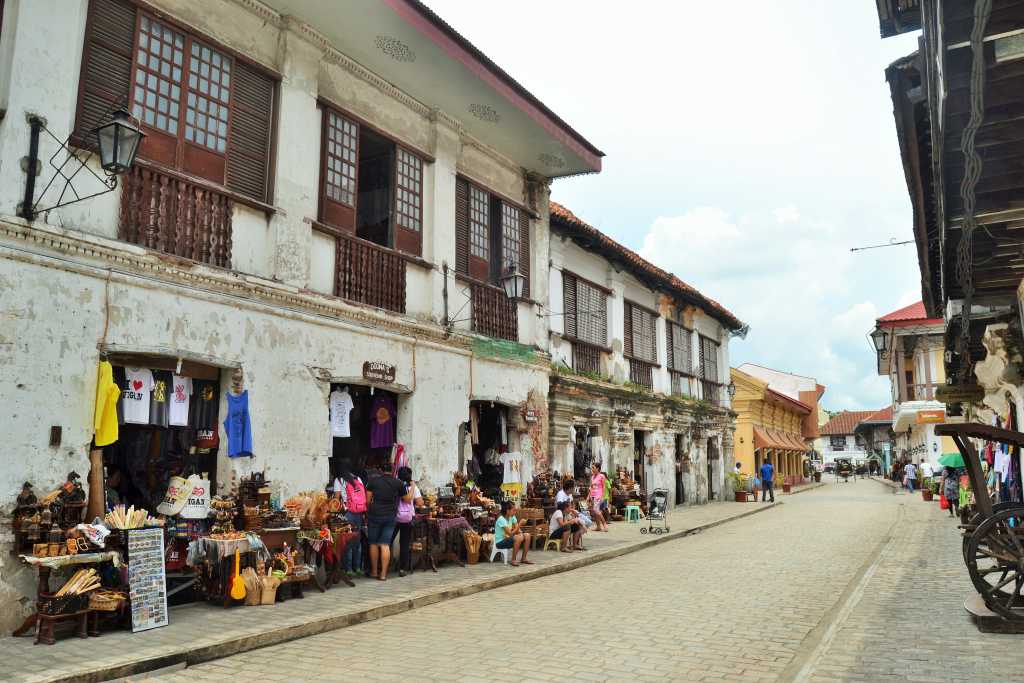 Because of hunger, we decided to eat lunch and we were brought in a very nice place called Hidden Garden. 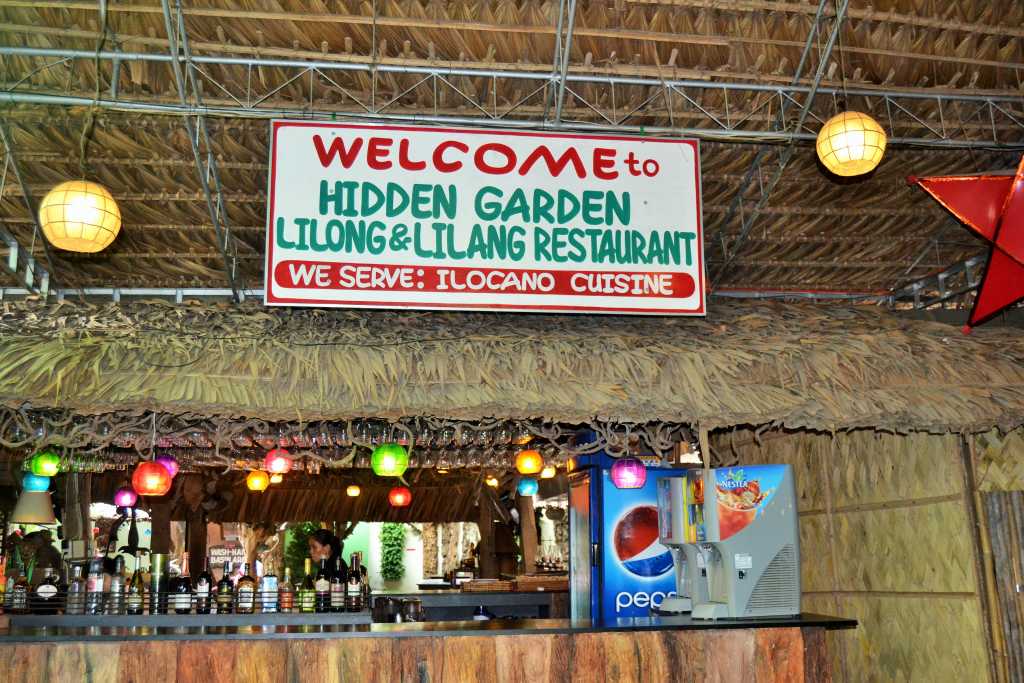 Considered one of the best dining experience, this restaurant hidden in the middle a garden made our try with different Ilocano cuisine totally exceptional and unforgettable. If you are planning to visit Vigan, do not go home without trying their specialties. 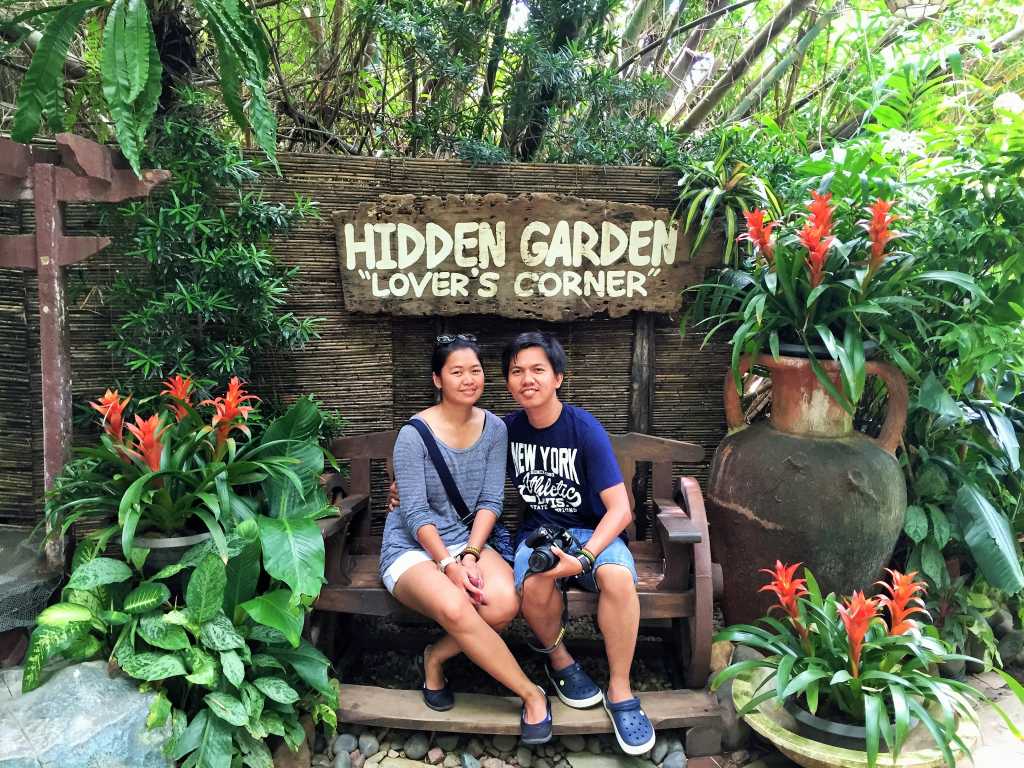 Thought to be hidden, but this place cannot hide the smile they brought to the people. Their collection of plants is so many, that each plant’s existence contributes to the nice shade and atmosphere that the restaurant has. 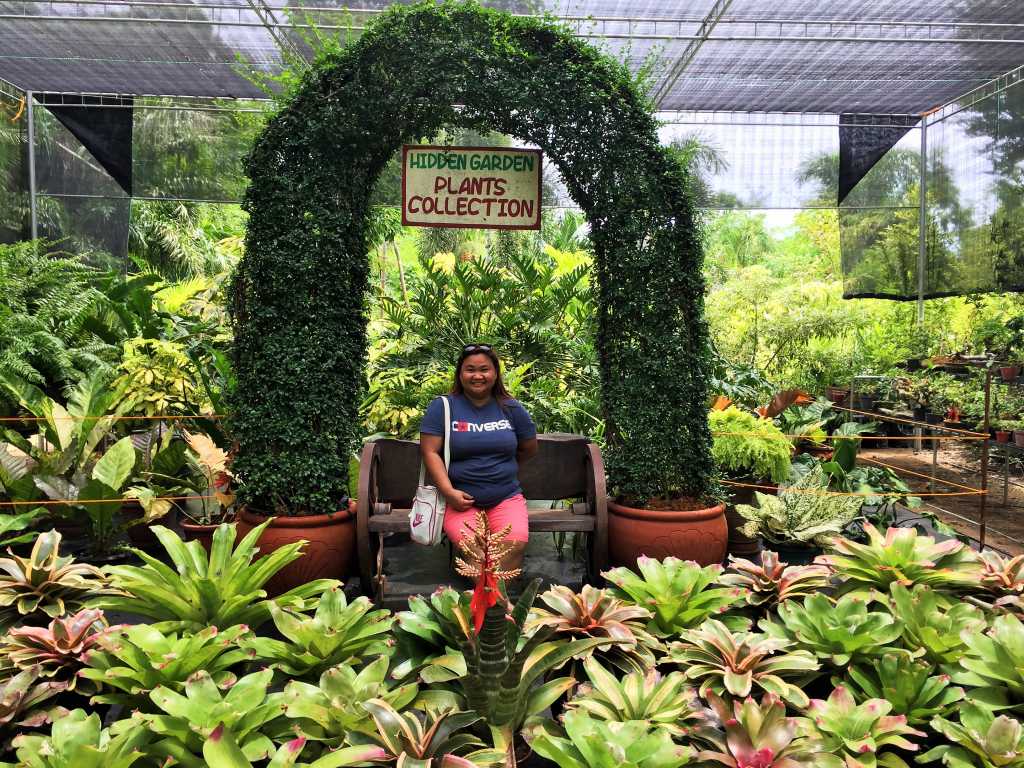 We then headed to a local pottery and watch potters as they mold many things from clay. We didn’t buy anything because they could break at any time, but seeing the real making is worth the nice try. 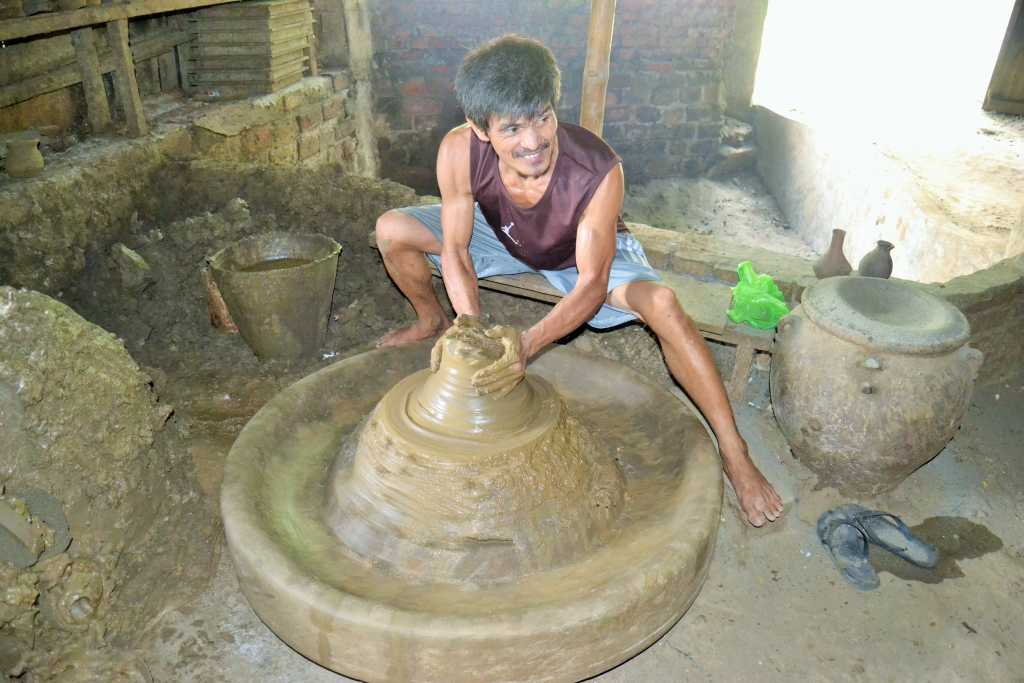 We then moved to the Provincial Jail of Ilocos which was constructed in 1657 and repaired in 1855. It is seized by the revolutionist in 1898 and was taken over by the American forces, then converted into a library in 1948. Despite going through enough tough times, this building is still special because it is the birthplace of the late President Elpedio Quirino, when his father was the warden of the jail. 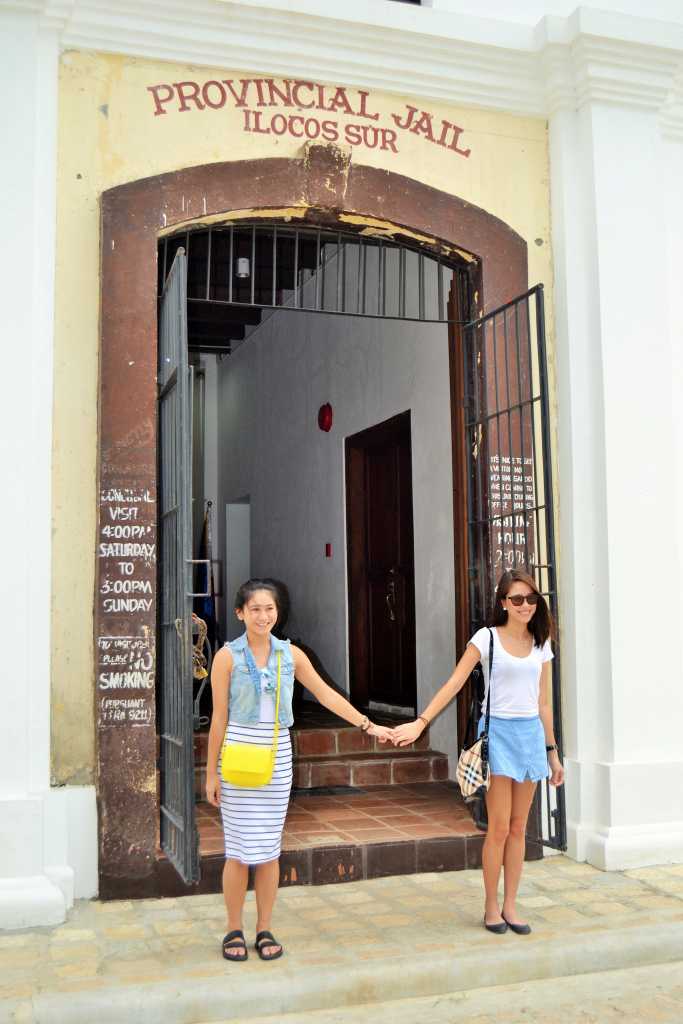 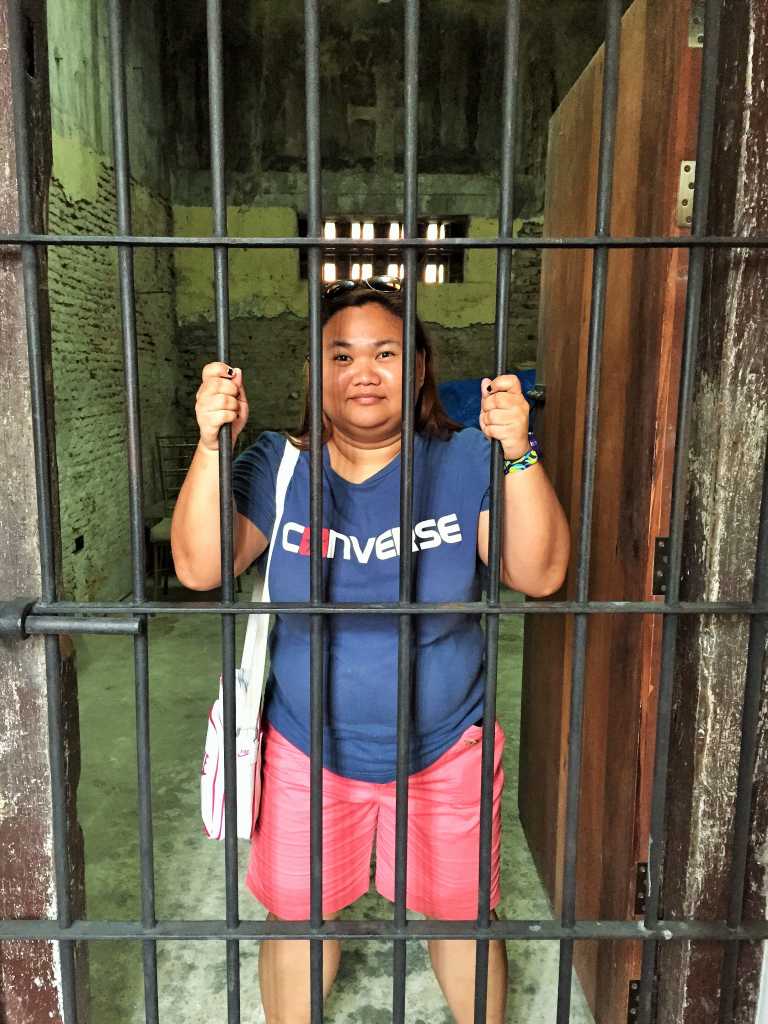 Inside the turned library jail is a collection of artifacts and paintings illustrating the stages of Basi revolt, a revolt against the Spaniards because of their expropriation in the manufacture of basi, a wine made from sugar cane. 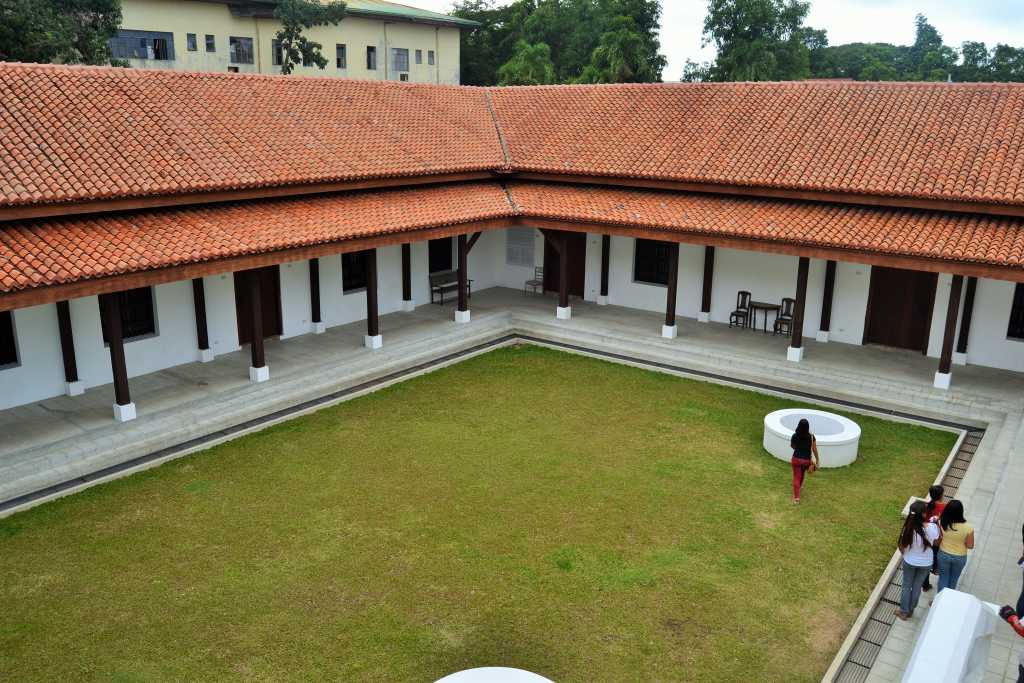 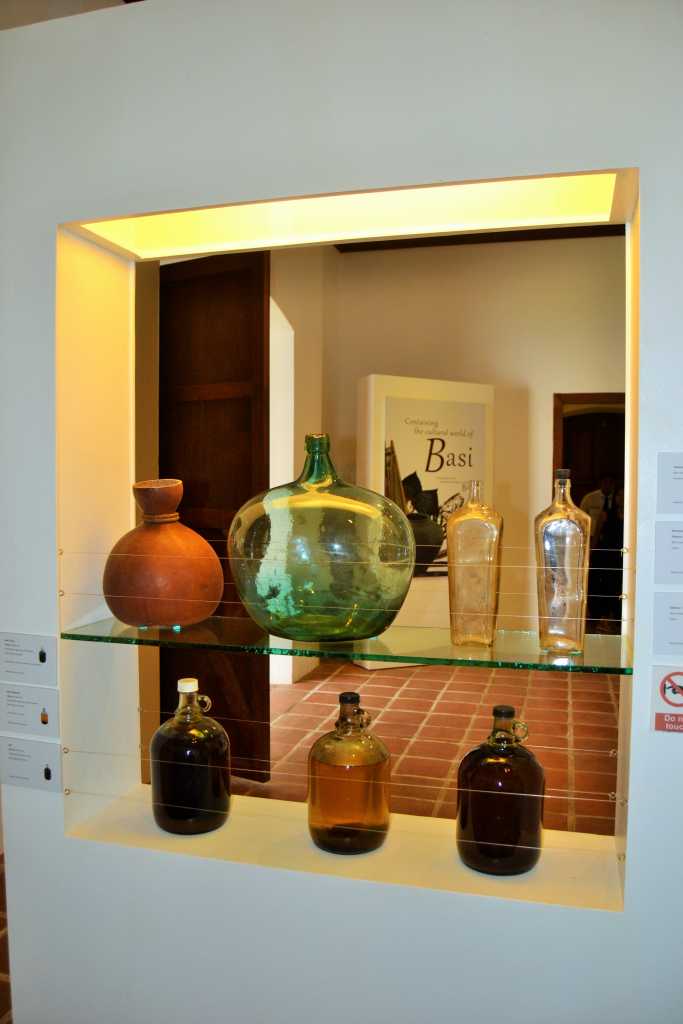 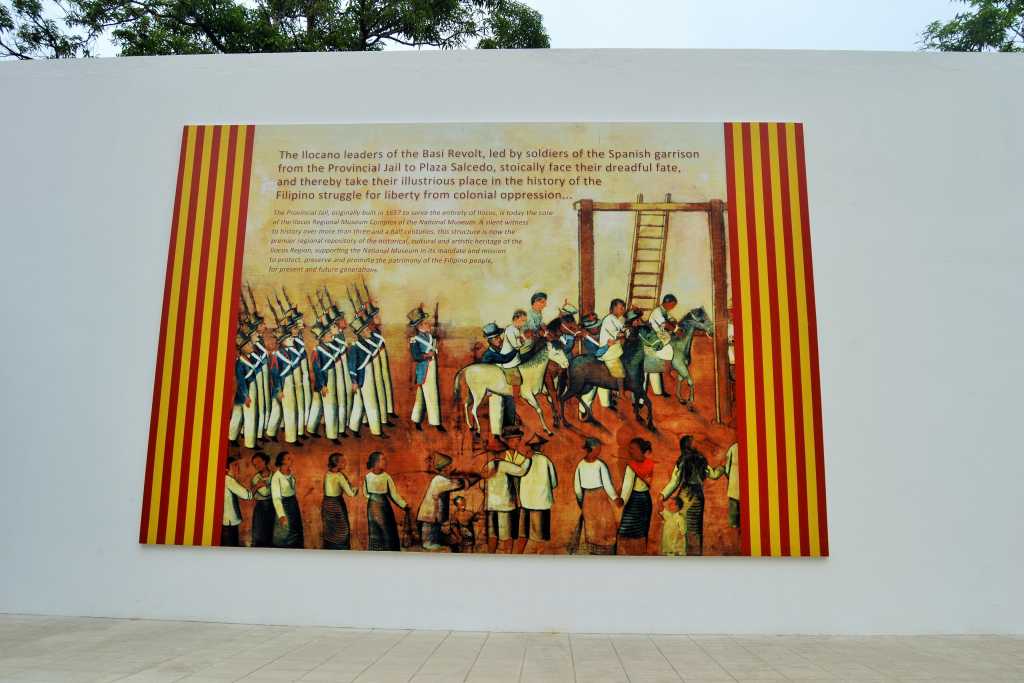 Our last stop is at Plaza Salcedo where the musical dancing fountain is located. We were not able to witness the laser light show as it is scheduled at night. Nonetheless, this place brought us back to the reality of modernization. 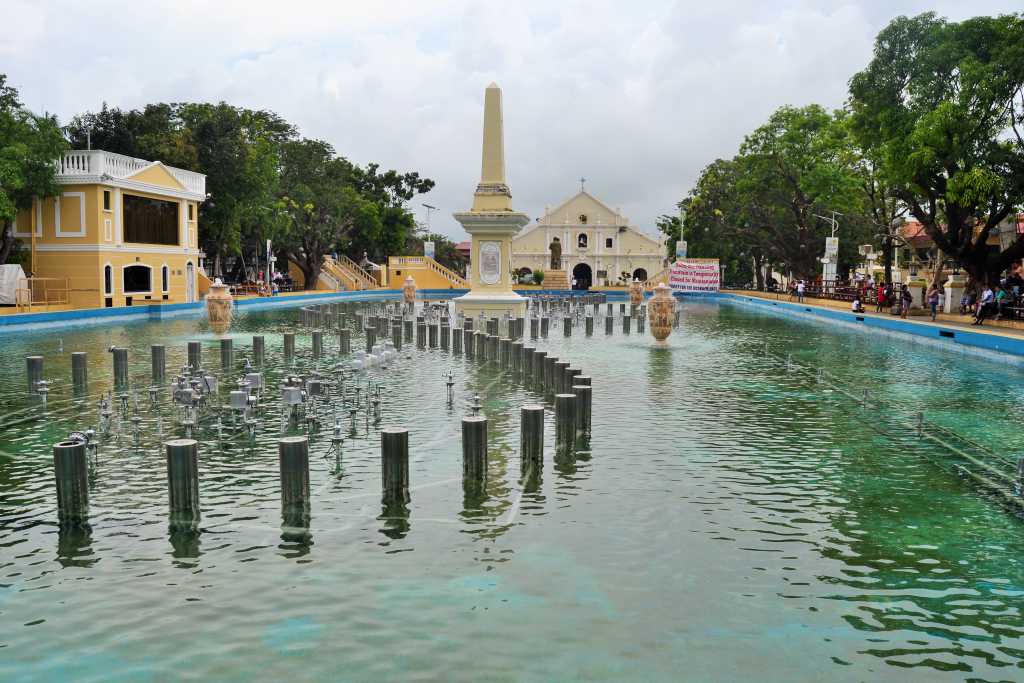 Right in the middle of this street, we were able to pose because of that one kind policeman who intentionally stopped some of the vehicles and enable us to take photos. Kudos Sir! 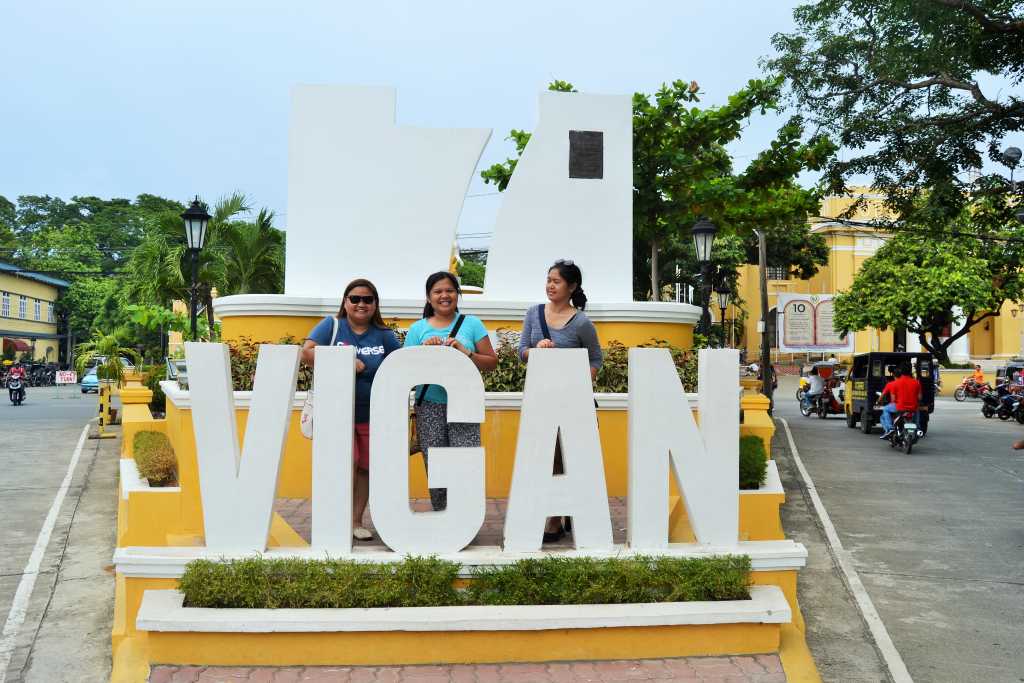 Did you know how we roam around Vigan? With this motorcycle that we rented PHP 600 for a day. Cheap, right? plus the fact that he is so kind is a deal. 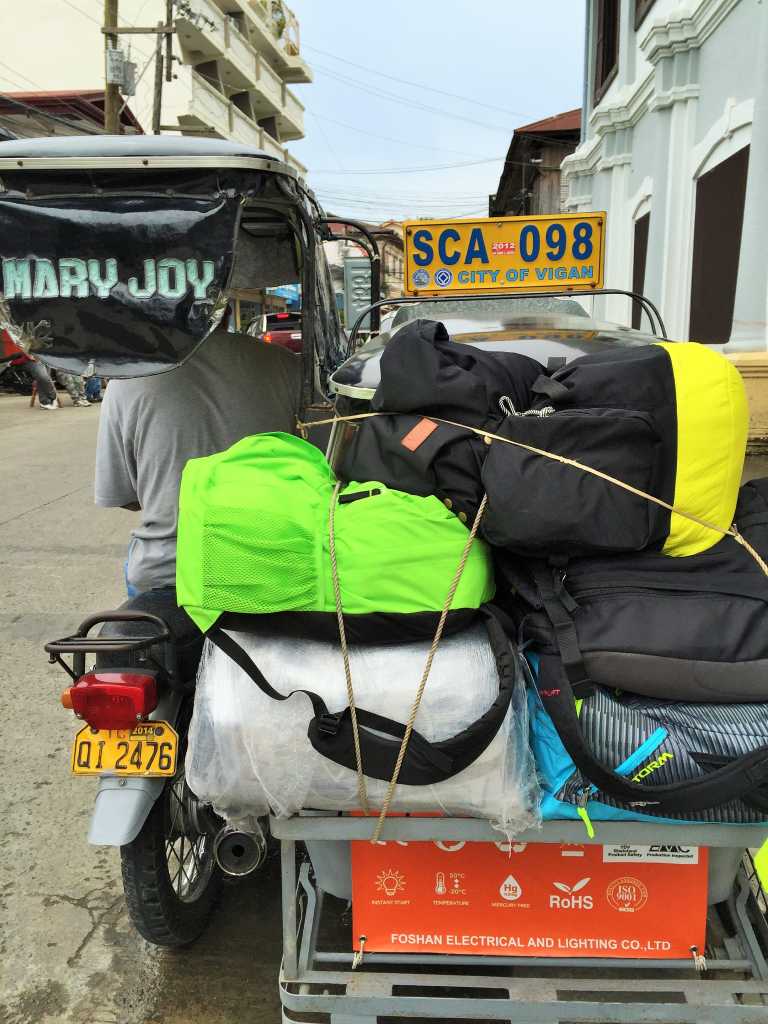