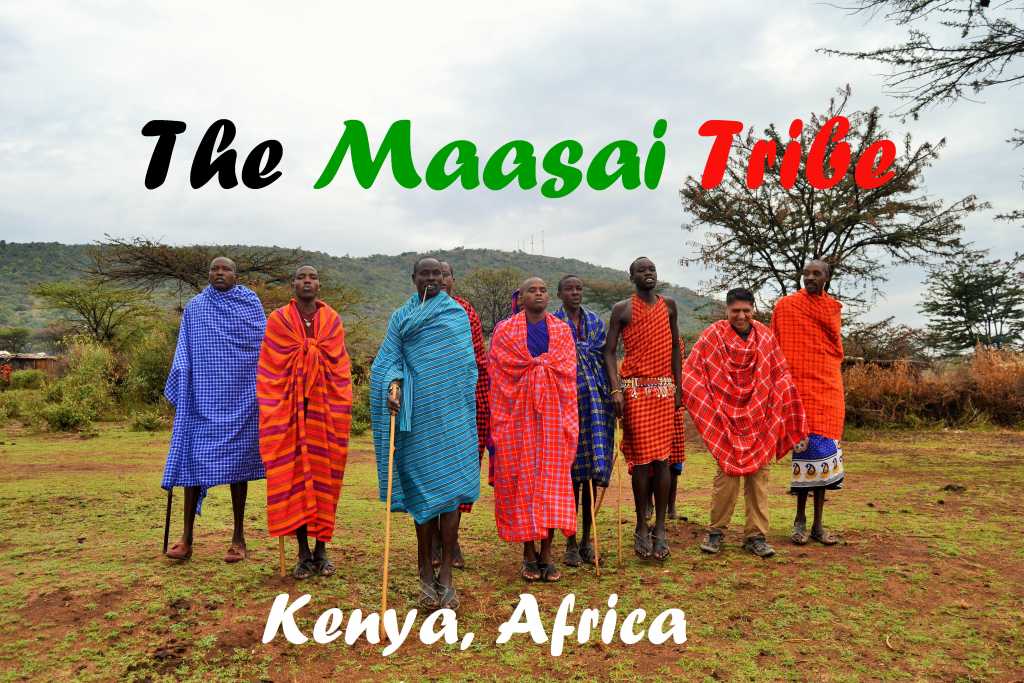 When one thinks of Kenya, the Maasai tribe is one among the few that would enter ones mind immediately. They became Kenya’s iconic trait not only because they are the only tribe among the 42 who until now had chosen to preserve their culture, traditions and norms, but also because of their distinct popularity and endowed uniqueness that draw people from different parts of the world to their humble village. 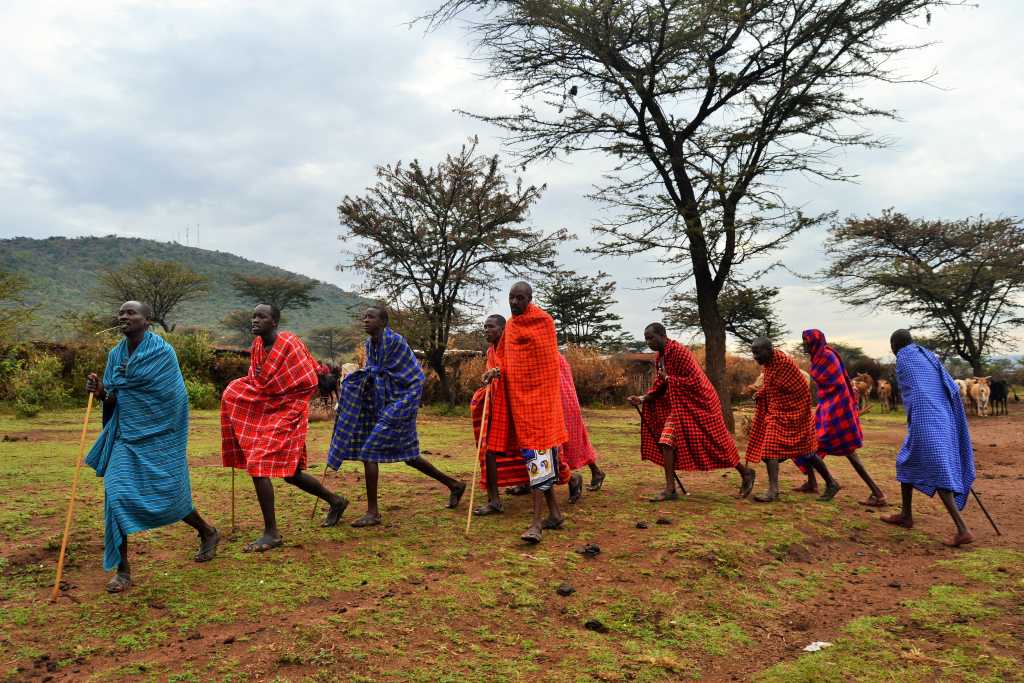 I met my ideal morning in Maasai Mara. The vast sky is based orange with gold linings that bordered every scattered cloud  waiting for the sun to fully come out. The morning chill of African summer and the gentle touch of the fresh breeze upon my face is unforgettable.  Spending the rest of my morning with the Maasai is an extra! 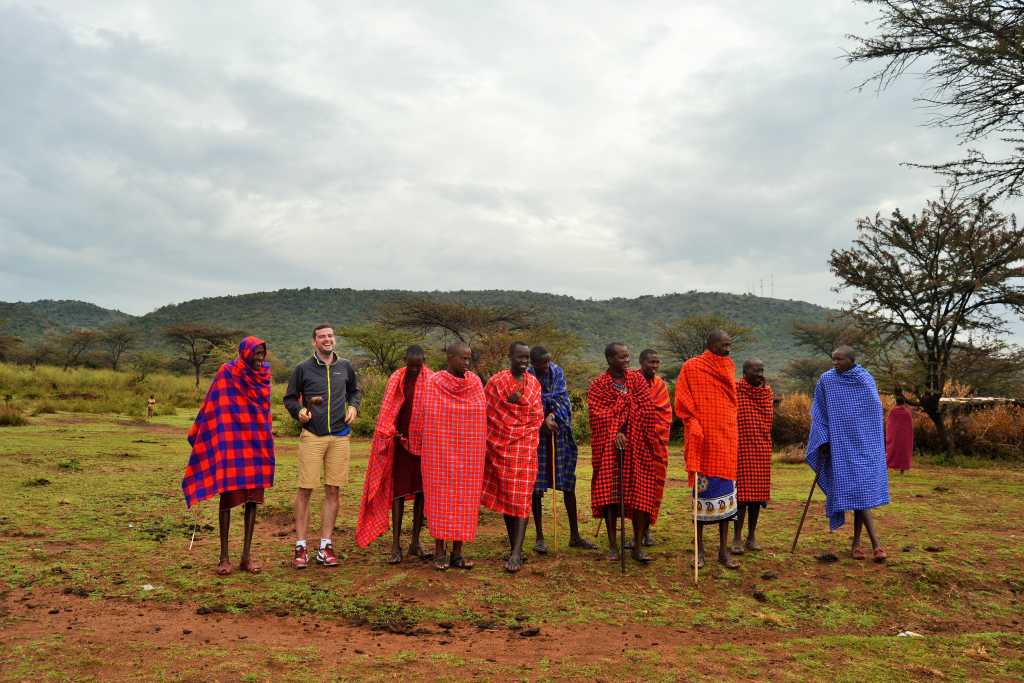 Led by the villager’s head, we were welcomed by a group of Maasai who wrapped themselves with their traditional sheets which were made from either cotton or wool and were dominantly red and orange. After all the words of welcome, they started dancing and singing and of course showcasing the “jumping dance” which they are famous of. They can hold you in amazement.  They are effortless in jumping so high! Their feet seemed to have springs which enabled them to jump up and down easily. For the men, the higher they jump, the lesser they pay for their dowry. 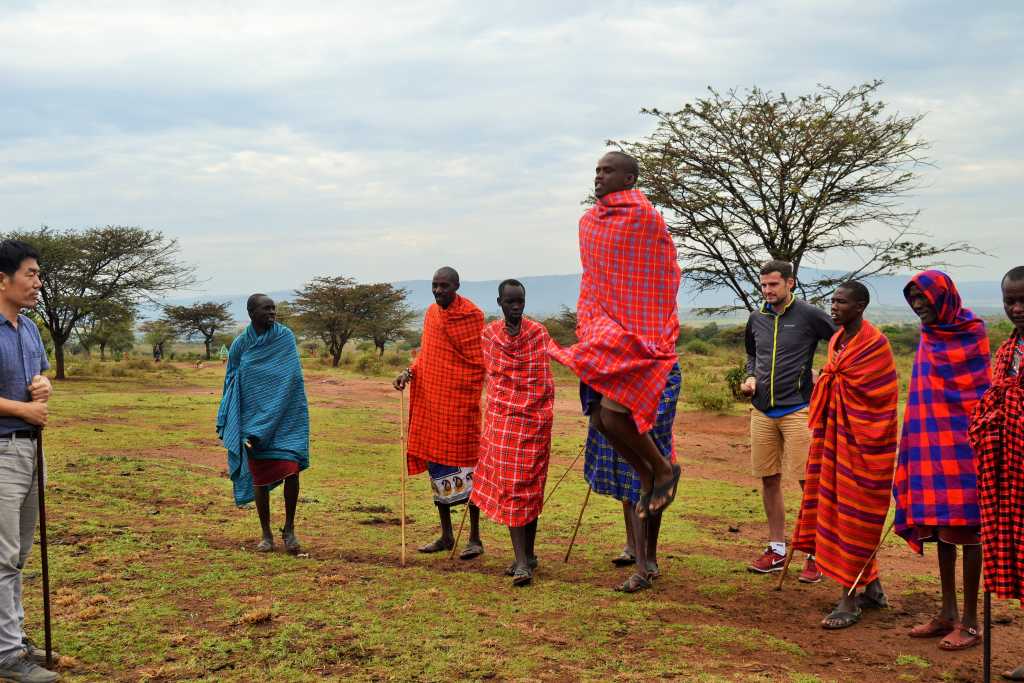 Their small village is outlined by their houses and fenced with trees and bushes to protect themselves against any animal attacks. You will notice a big circle in the middle of their village and is full of cow’s dung because at night, they gather all their flocks in the middle of the village and keep every animal secure against any predator’s attack. The houses, trees and bushes are the herd’s protection. 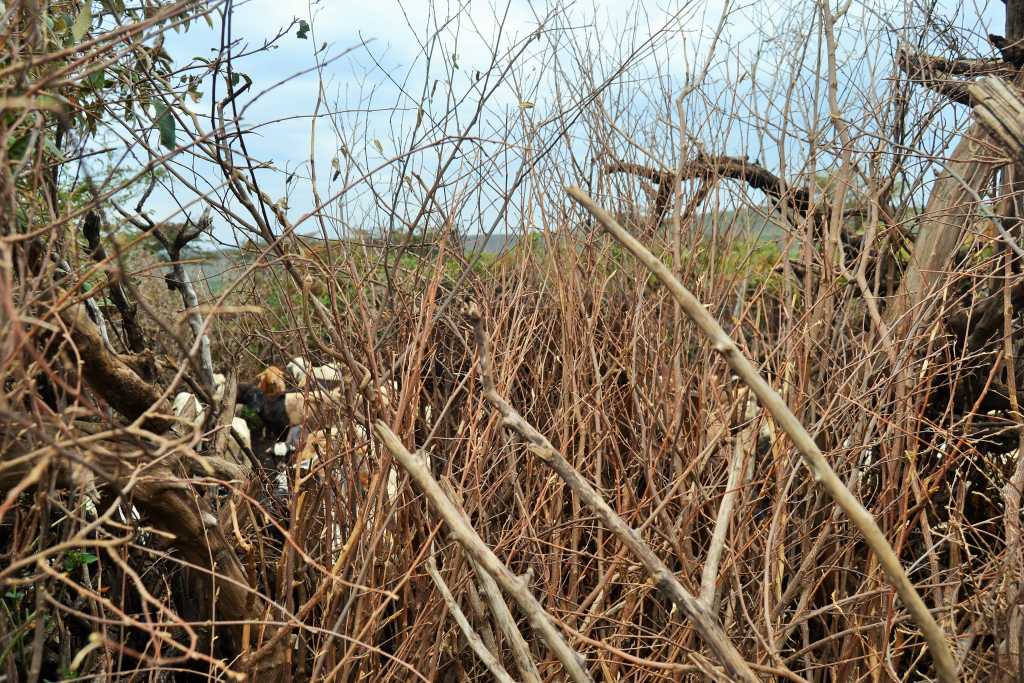 Their traditional house which is built by the women is made from olive sticks and mud. 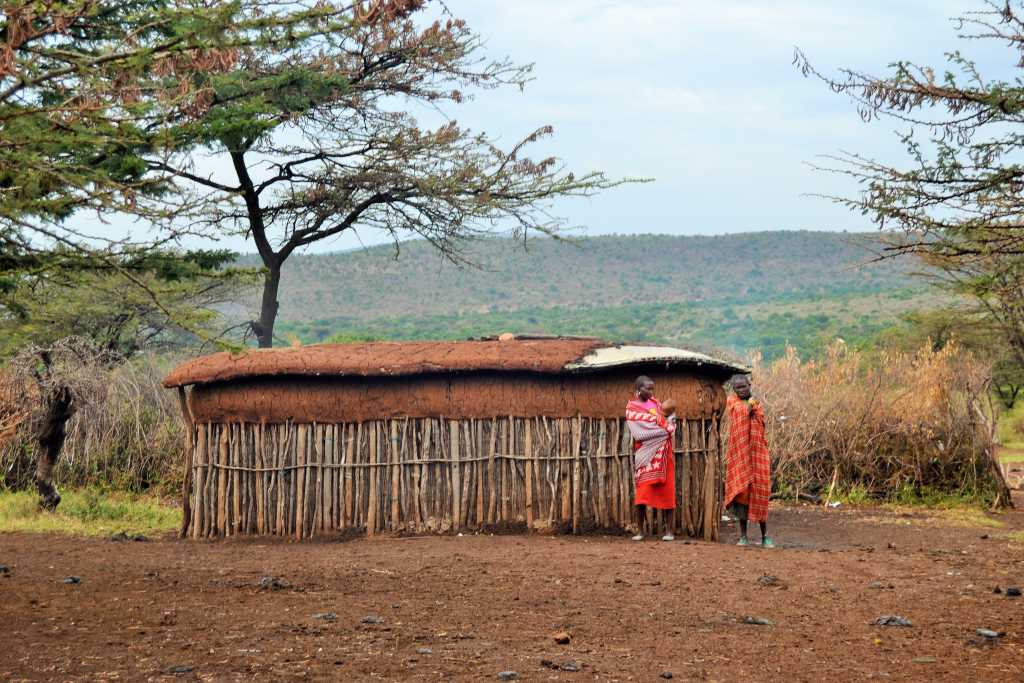 They are literally small and dark inside. It took time before my eyes were able to adjust. I can only see one hole which provide passage for the light to enter, but that is not enough. When Moses, our host guided us in entering their house, I never expect to see his mother sitting in the dark. Because of its size, the living room and the kitchen are in the same area. 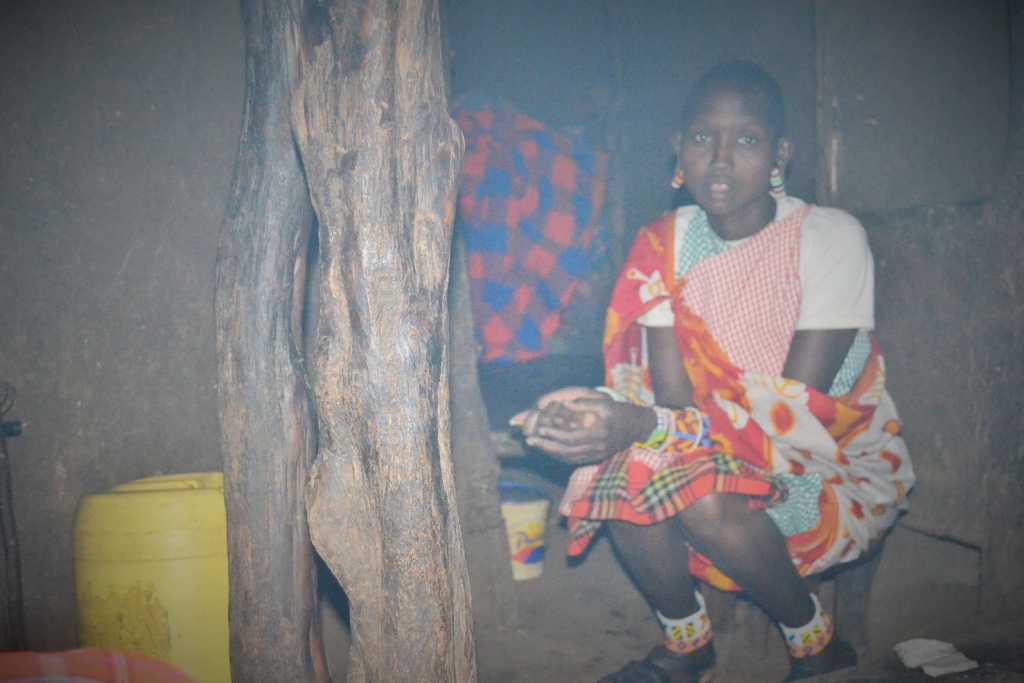 I saw a door that is locked and he explained to me that the room is intended for guests. 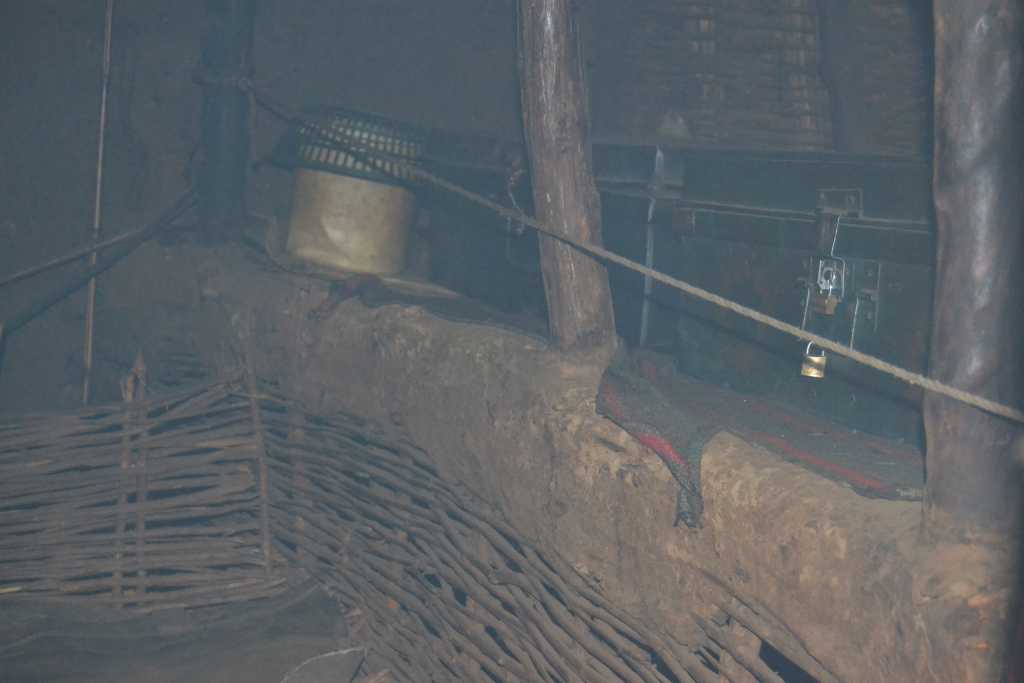 The head of the village explains the usage of every tree and bush that they planted around, but most of them are there for medicinal purpose. 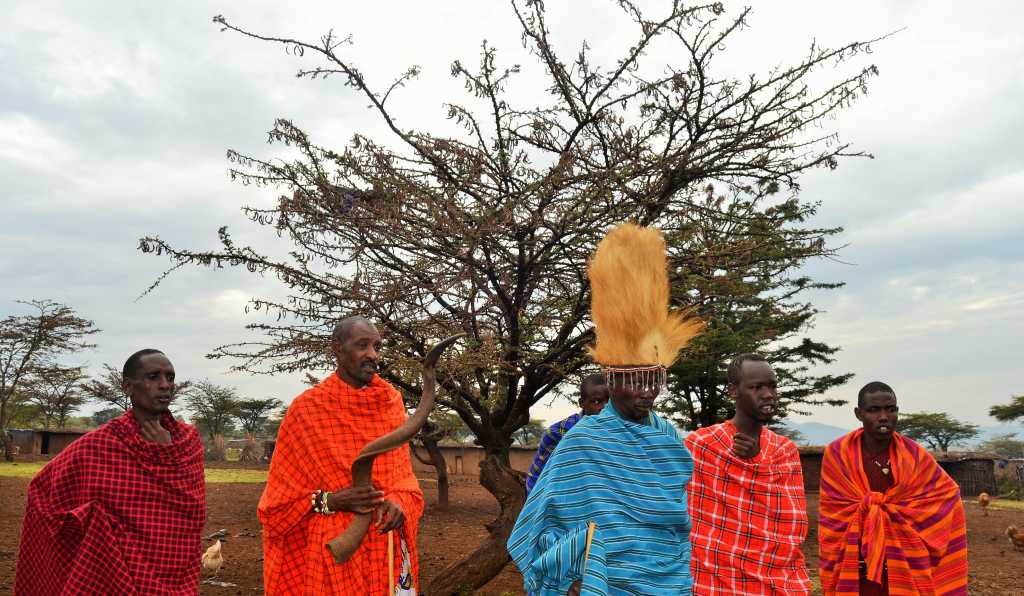 He wore a lion’s mane as his head dress while the man on his right is holding an antelope horn, which is being blown to create a sound and convey messages. According to them, this is their cellular phone. 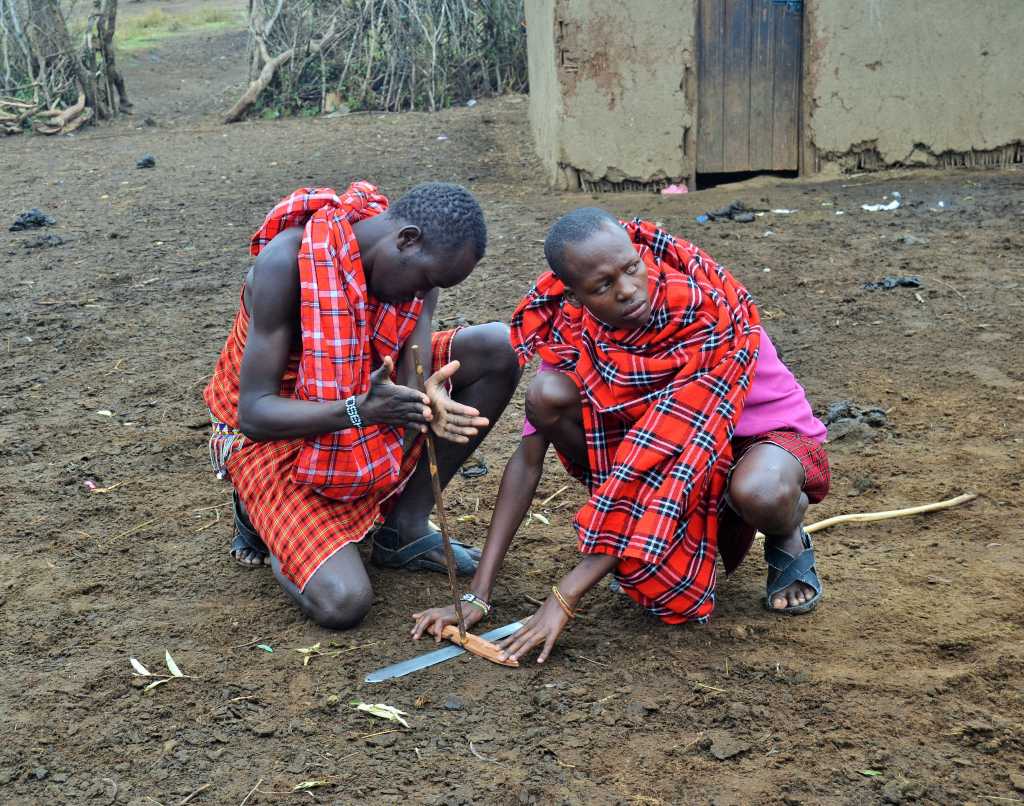 These young men’s tasks is to show how they can create fire using wood. This is their way of life and of course, they  are used to it. A part of their tradition is to club all male teenagers aging 15 to 18 and expose them in the wildlife for 3 years. An elder will be with them and guide them on how to kill a lion.  Killing a lion is a test of bravery and having its mane and teeth is a proof of one’s triumph. Again, being the bravest in your batch would mean only 5 cows for dowry instead of 10. 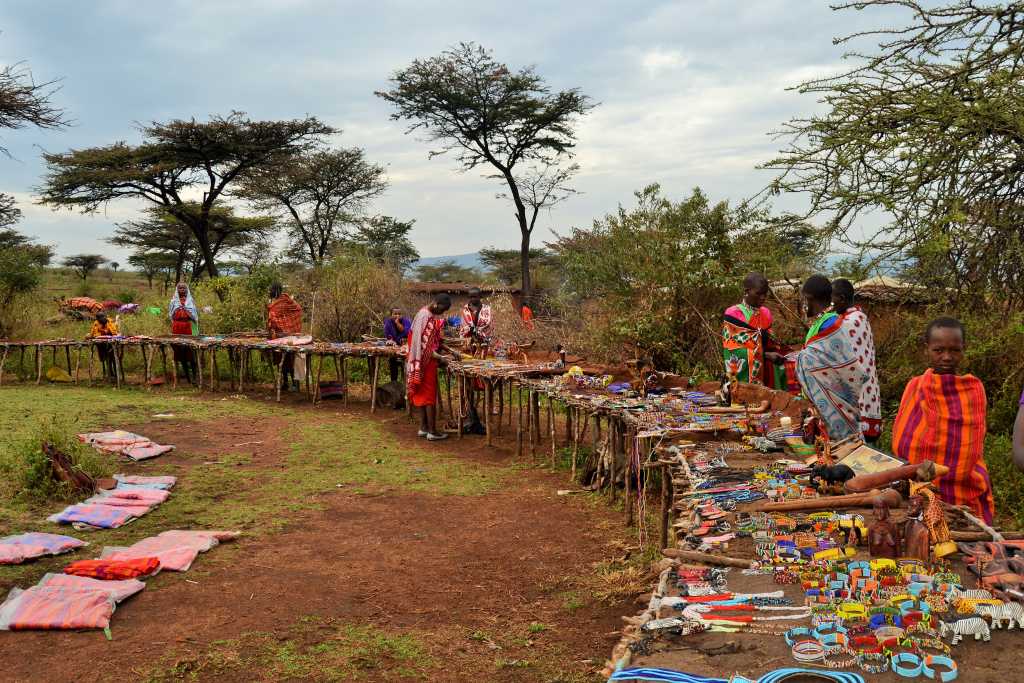 At the back of their houses is an array of bead works which are made by the Maasai women. It is better to purchase from here as rates would soar high like rockets when you decide to buy them in the city. 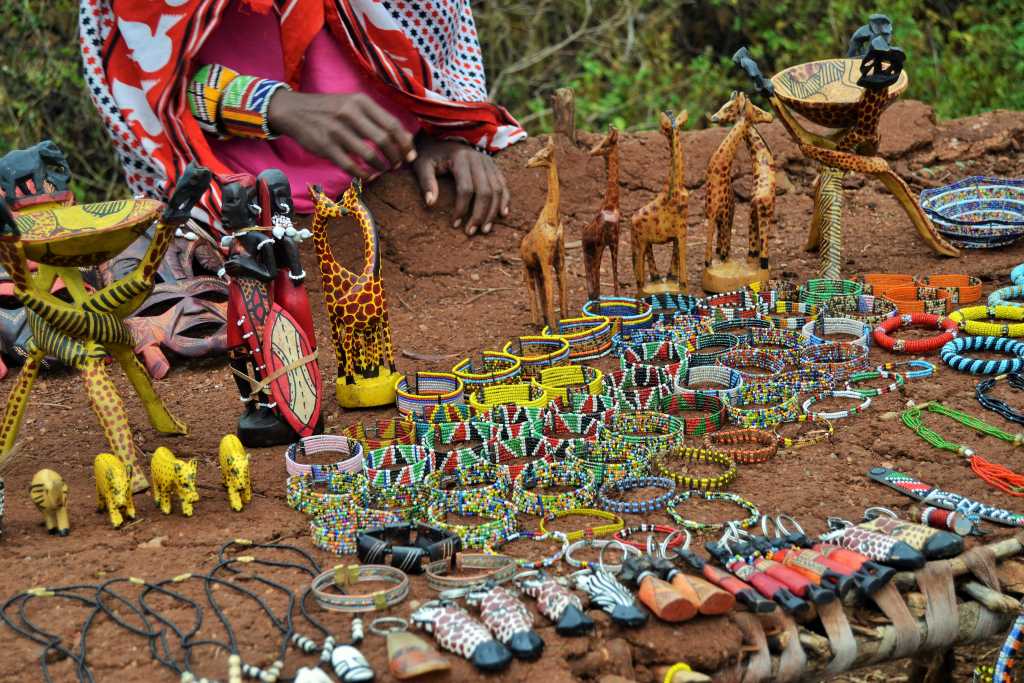 The proceeds of their sales were given to the school situated next to the village. This is used to add facilities and improvement to the school where their kids go to. Sad to say, there are still children who are not at school. 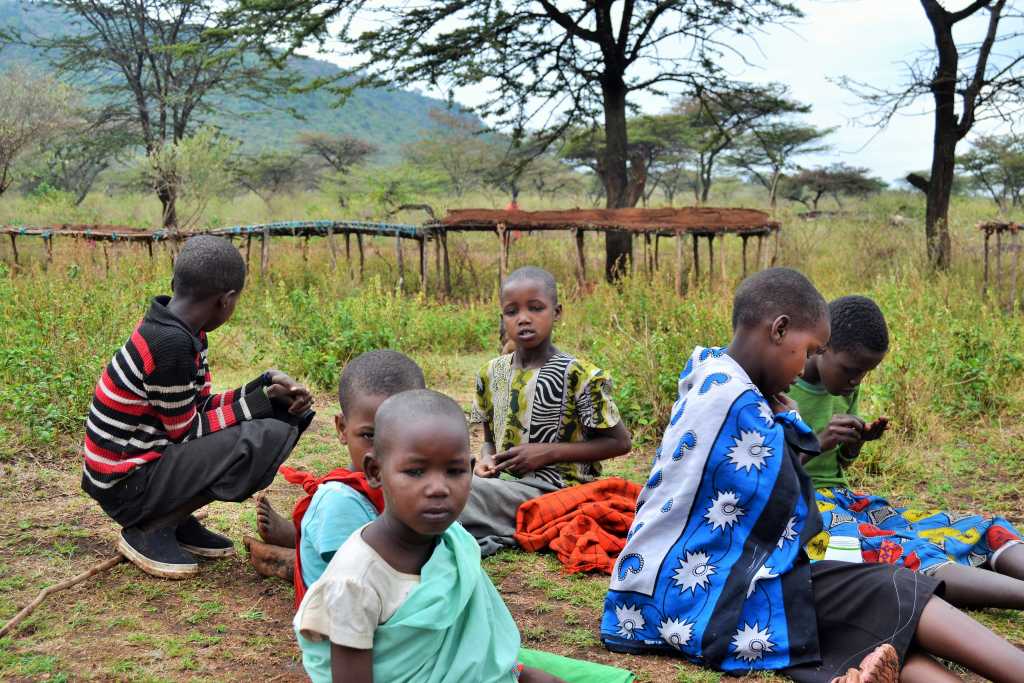 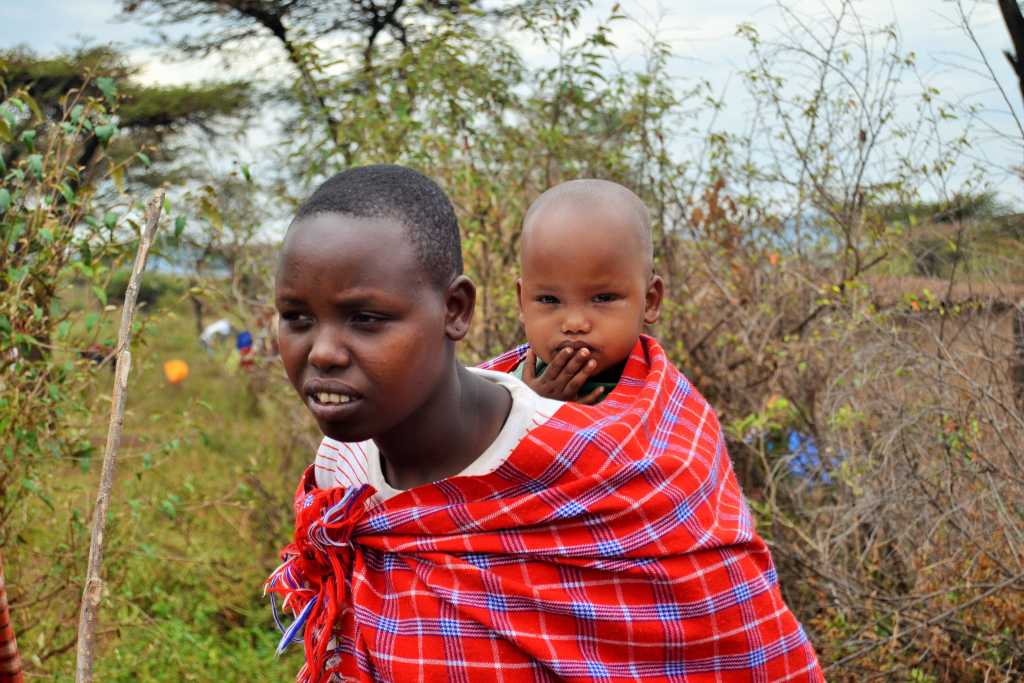 When our visit is over, they walked with us to where our car had waited. 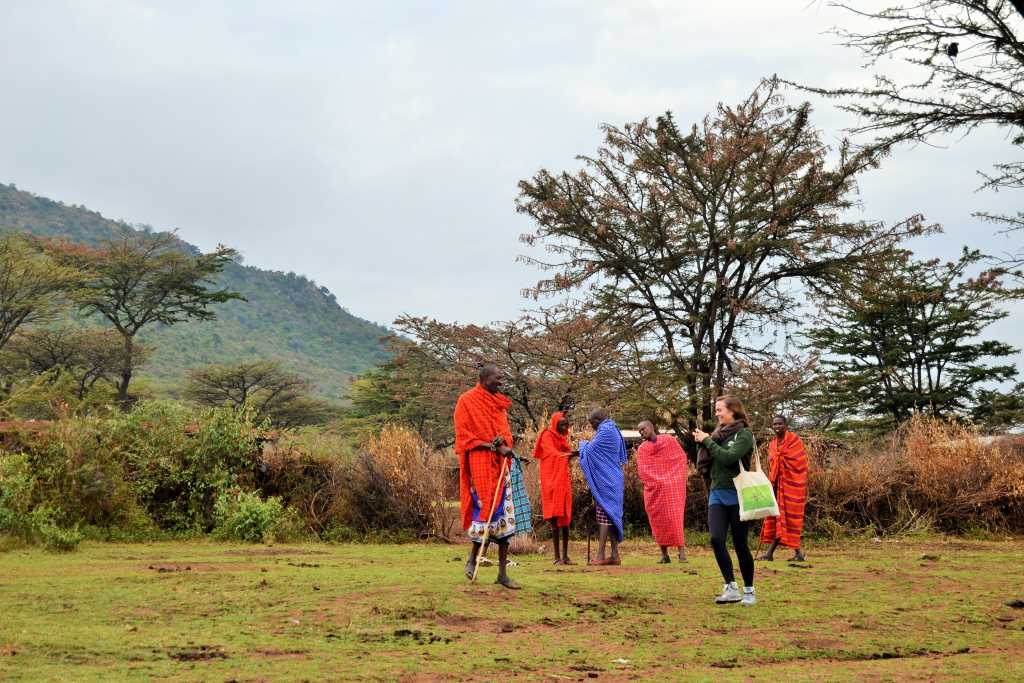 And we all bid goodbye. 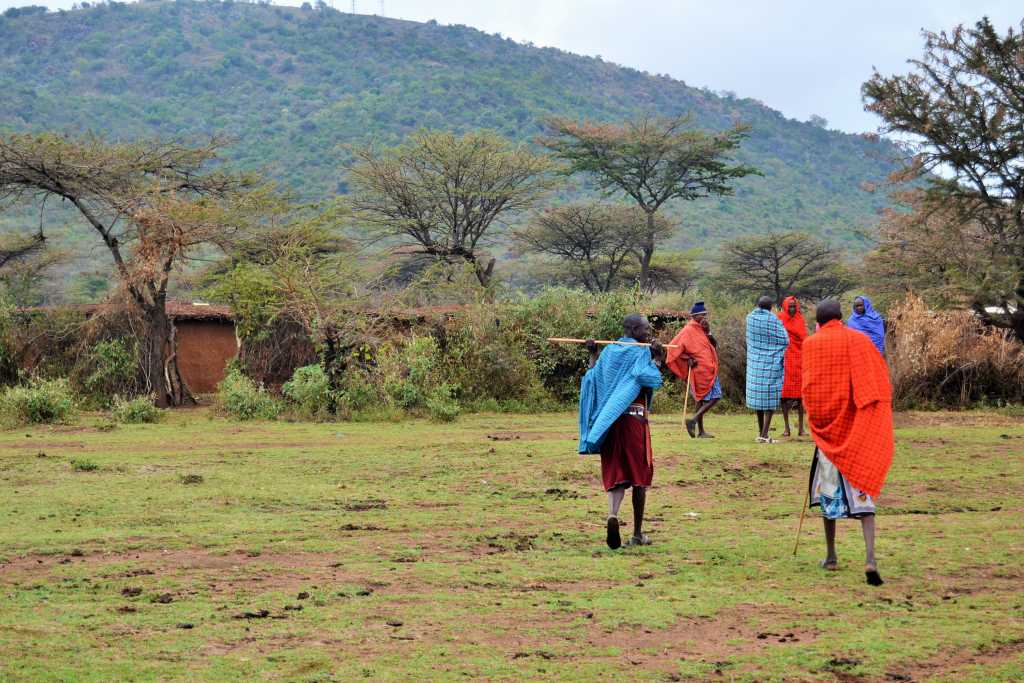 Our time in the village is very limited and we have to go back to the camp and check out. Having that chance to interact and engage with the local is one of the best thing that people can do while travelling. It is not tangible like this souvenirs that you get, but it  stays closely to your heart and sticks in your memory forever.