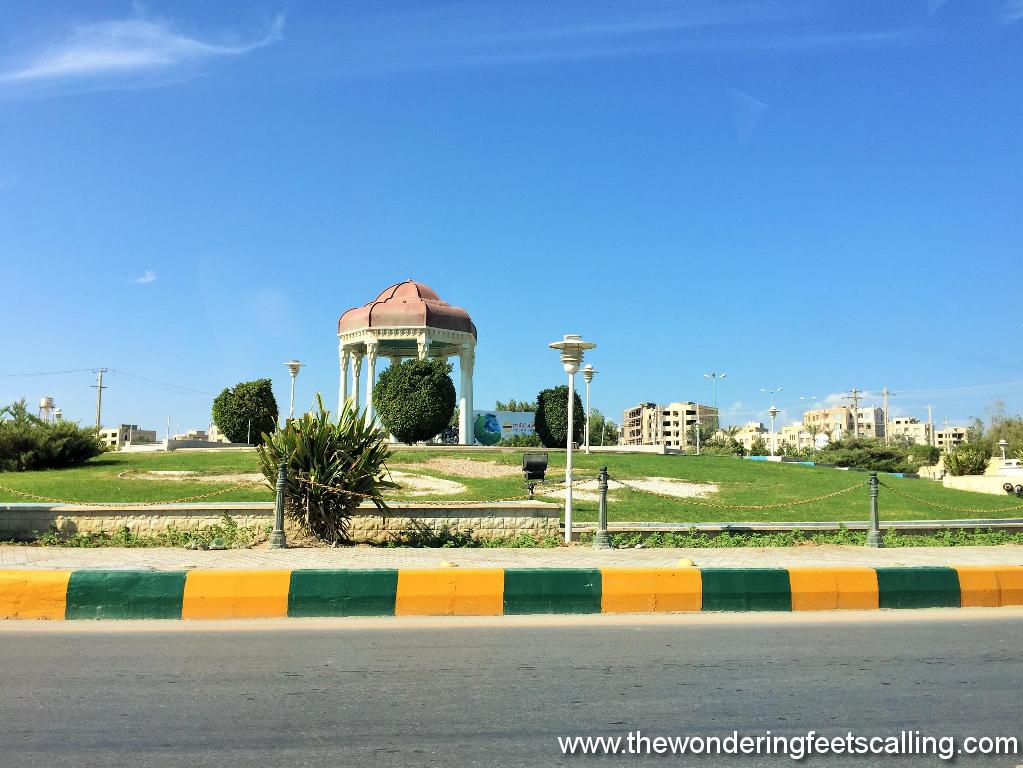 Qeshm is the largest island in Iran, strategically located on the Strait of Hormuz which connects the Arabian Sea and the Persian Gulf. It is just 60 kms to Oman’s Khasab Port and 180 kms to the United Arab Emirates’ Port Rashid. It is as well a momentary place of waiting for many expats who wished to work in the United Arab Emirates. This place is blessed with natural wonders and the same shouldn’t be missed by someone who wishes to get there or even no choice but to be there. An exit point doesn’t need to be boring and must not be spent inside your hotel room. Qeshm is famous for its wide variety of eco tourism attractions and geo parks. Here is the list of places which will change the way you look at things upon hearing the word Iran. 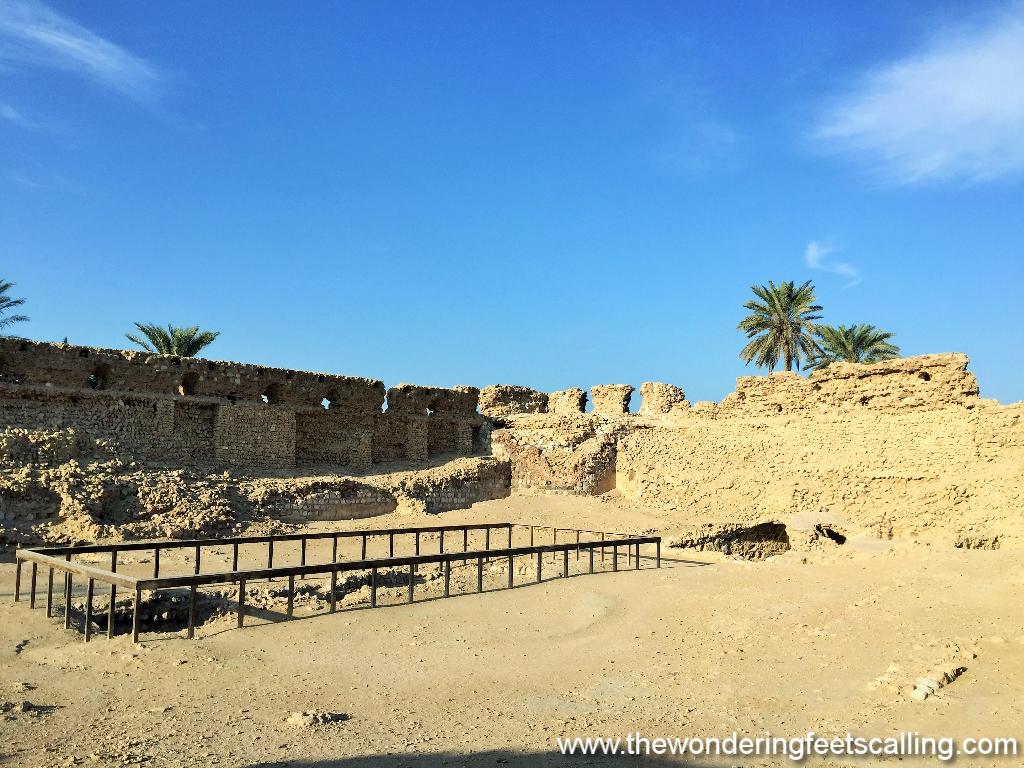 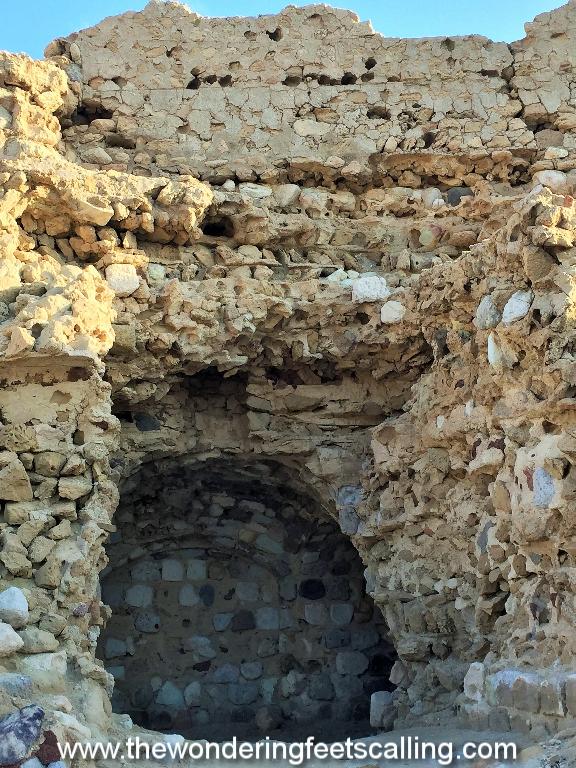 The Portuguese Castle or the Fort of our Lady of the Conception was built in the early 16th century but was destroyed during the liberation.  Yes, Portugal ruled the Persian Gulf area for nearly 150 years and prevent Arab trades. The Castle showcases its remains like the weaponry, a big water container, tombstone, and old rustic canons previously used by the invaders. At the top is a lovely view of the calm and breath taking Persian Gulf. 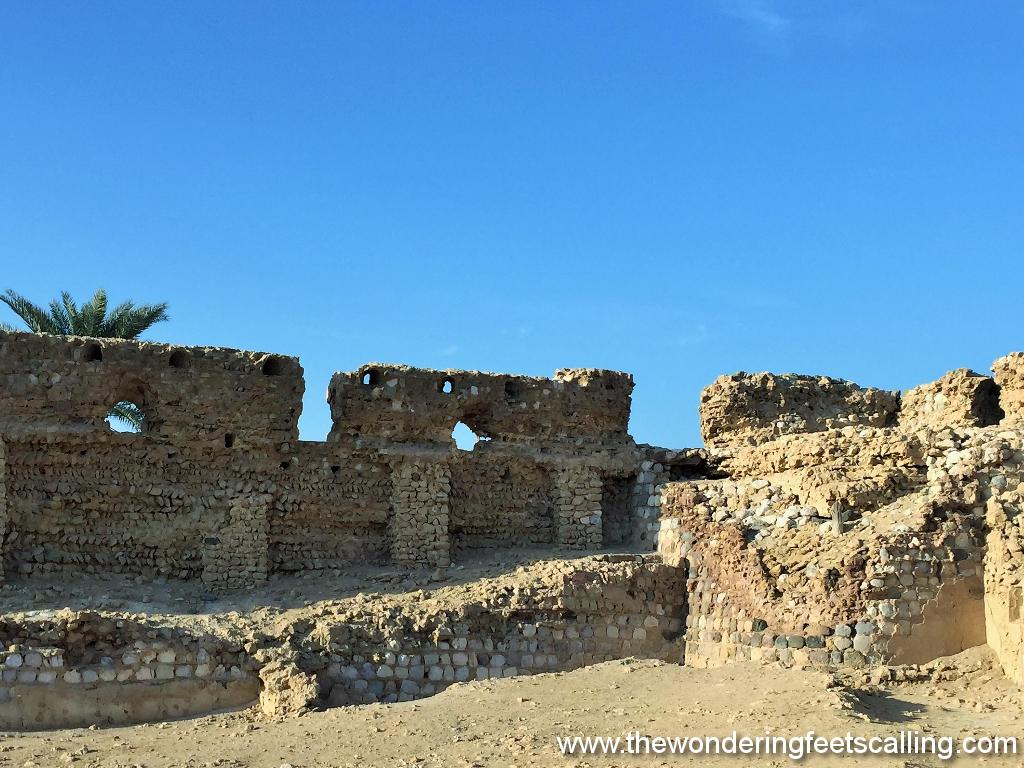 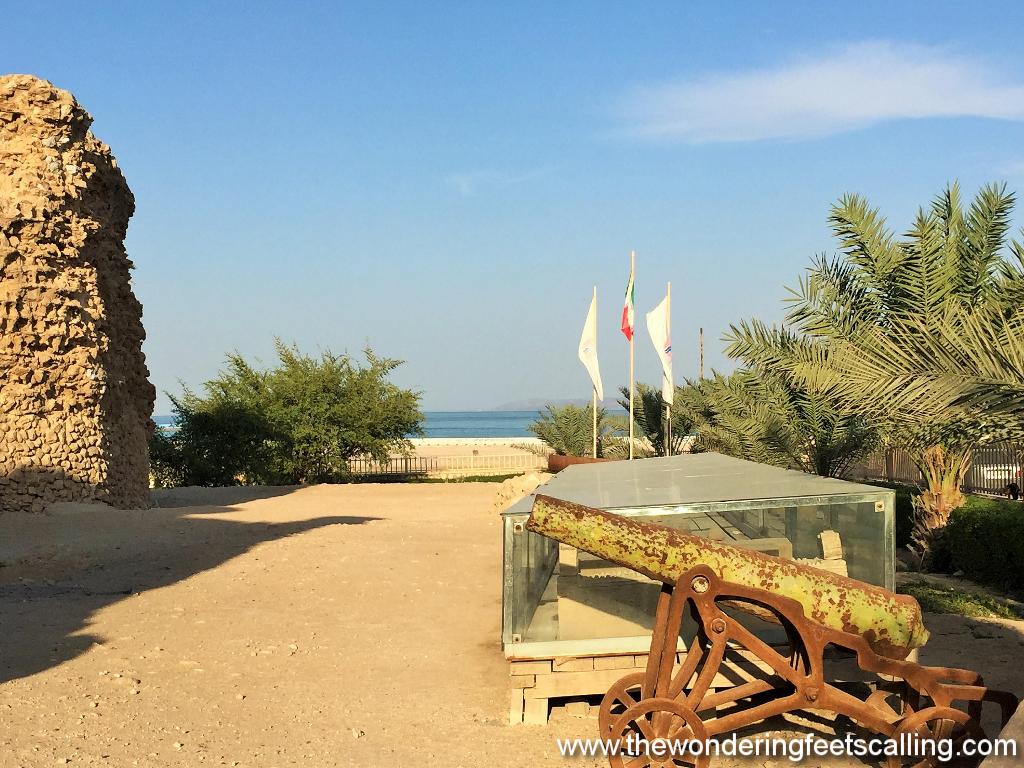 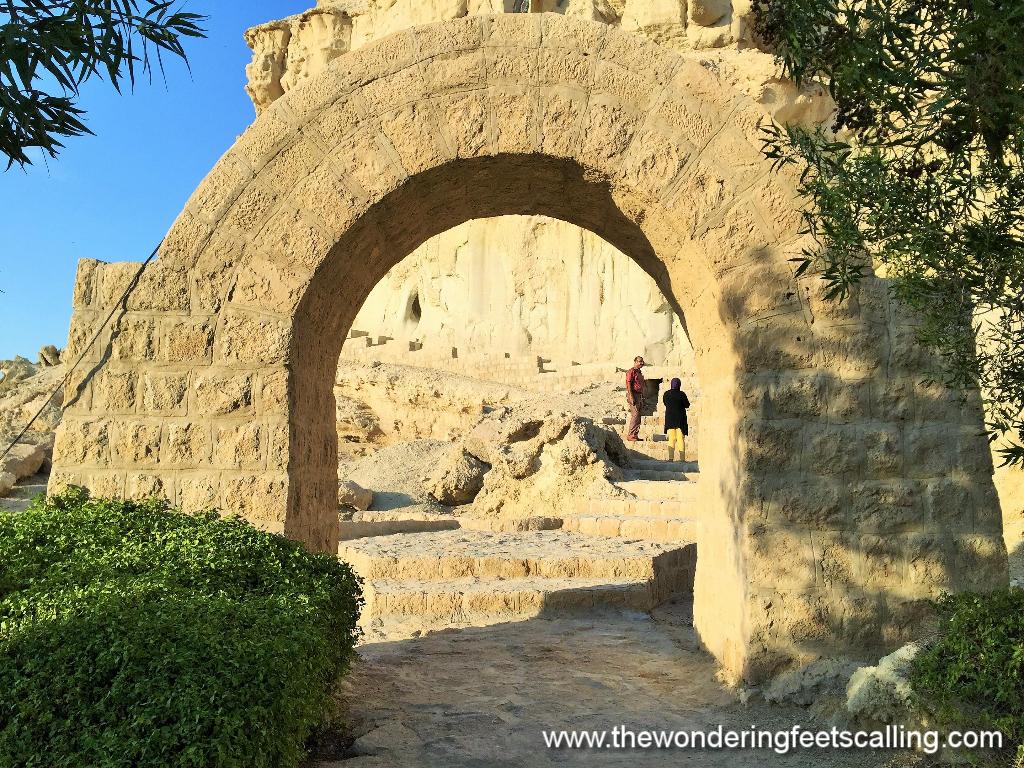 Khorbas Cave which is also known as the home of the infidels lies on the slope and appear as a rocky outcrop. The formation of the cave’s entrance was formed thousands of years ago as a result of natural erosion while the caves connected by tunnels dug into the rock were extended by man during the historical period. 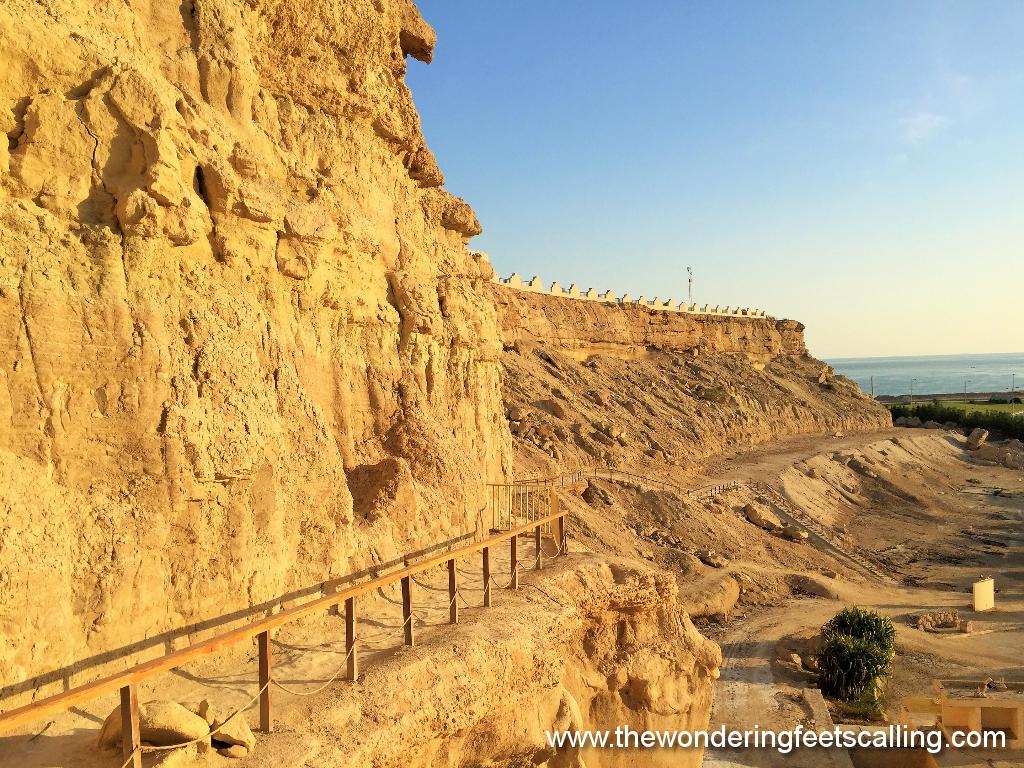 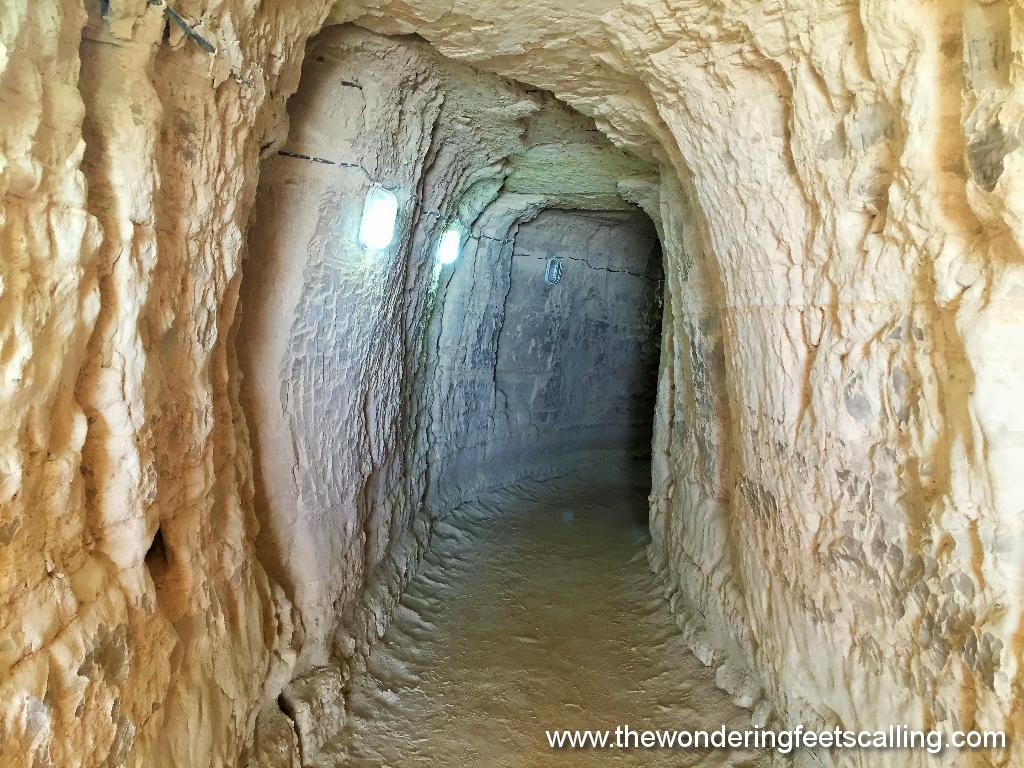 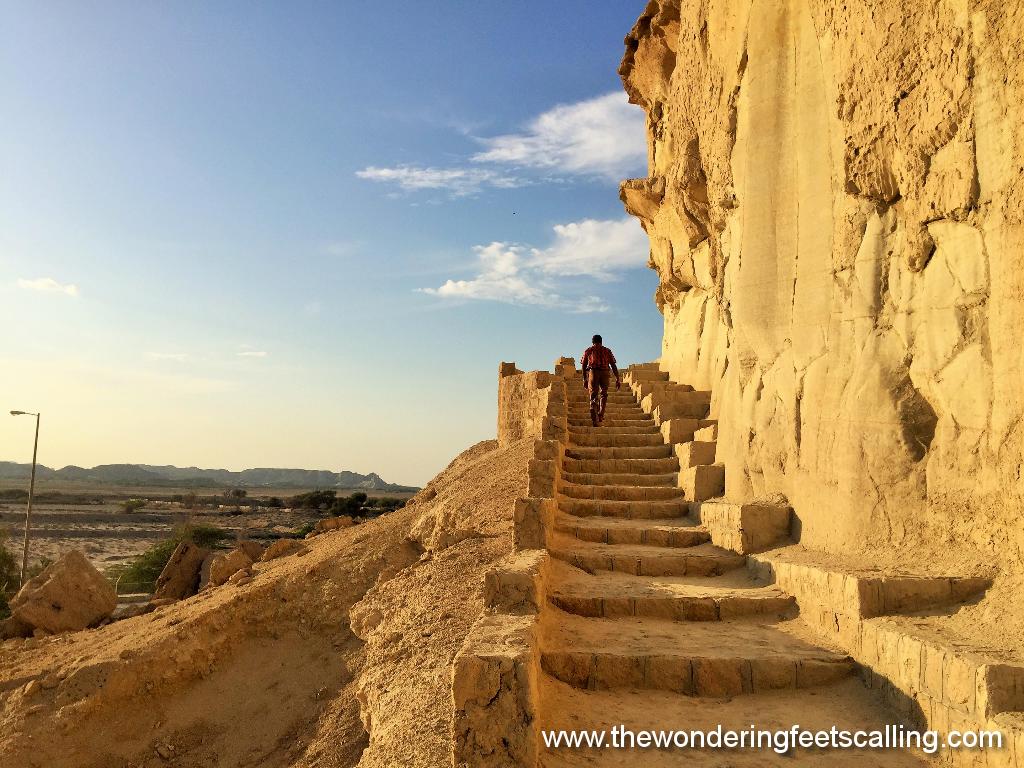 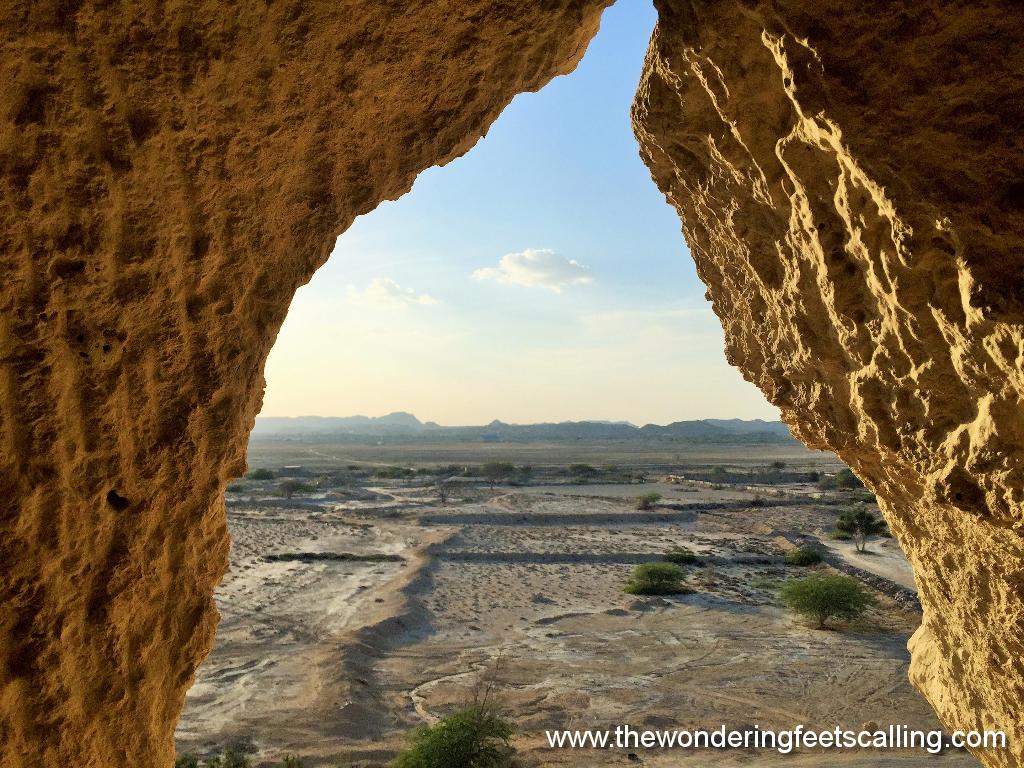 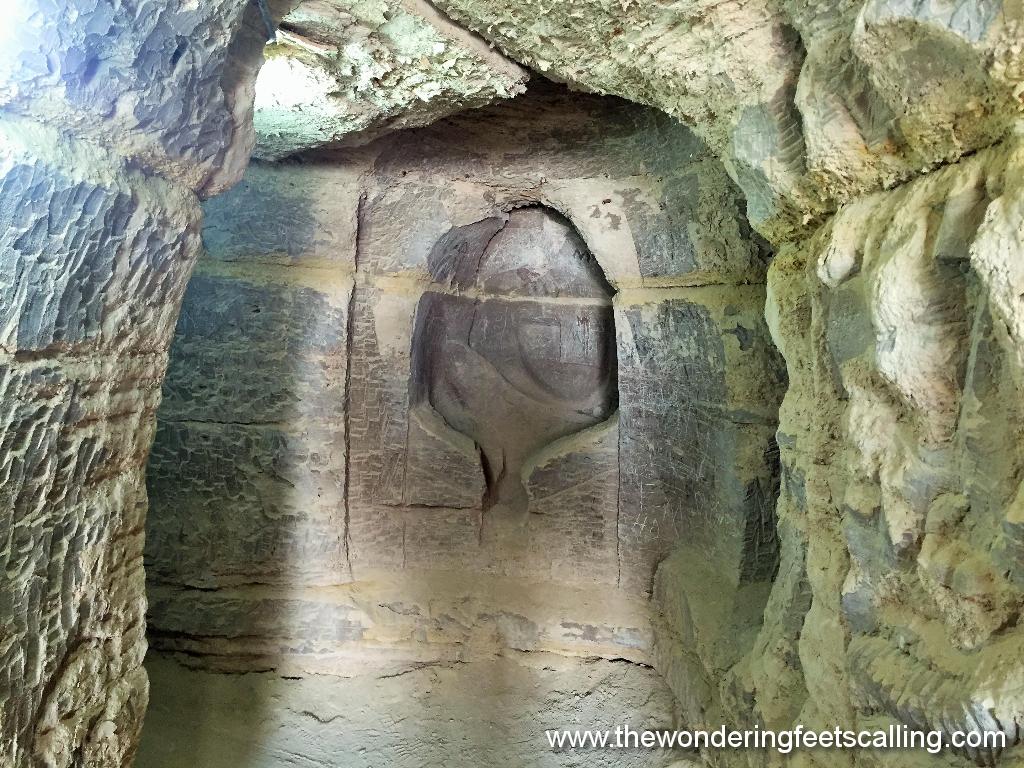 Every part of this cave captivates me bringing my eagerness to upload each corner’s photo. 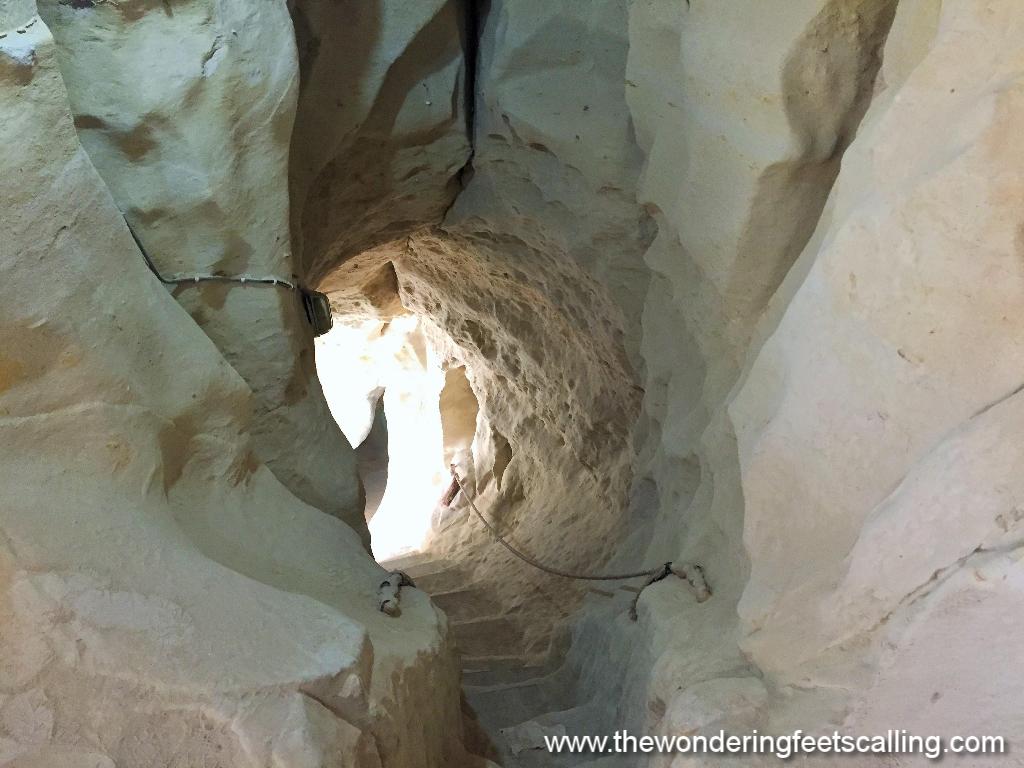 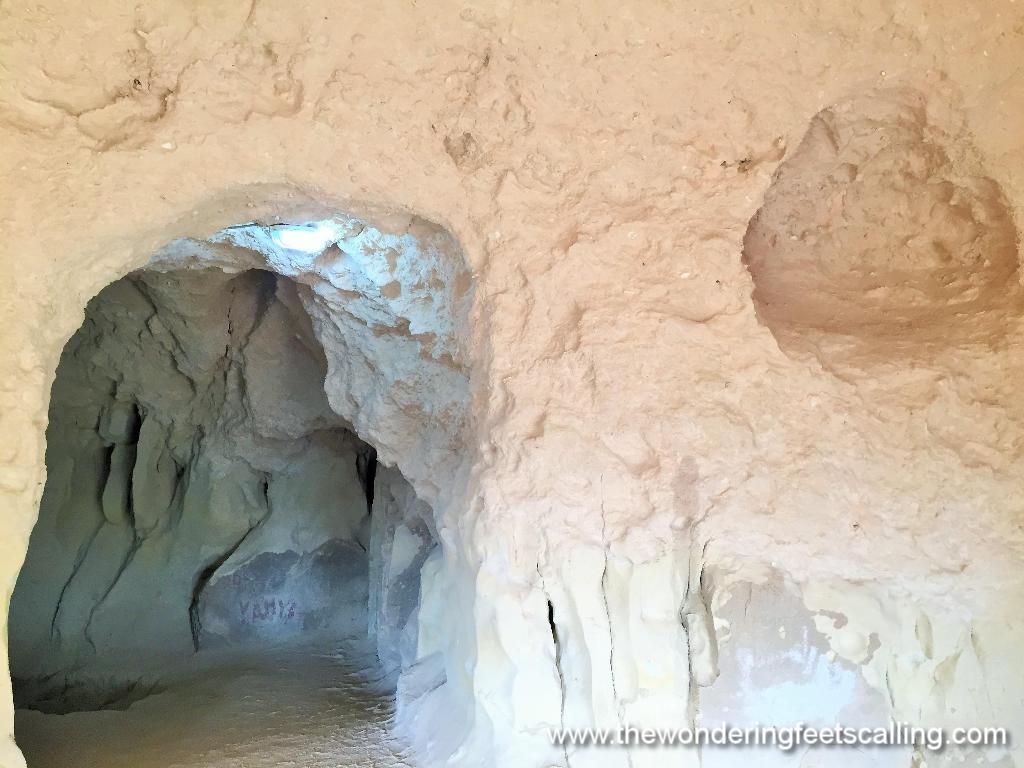 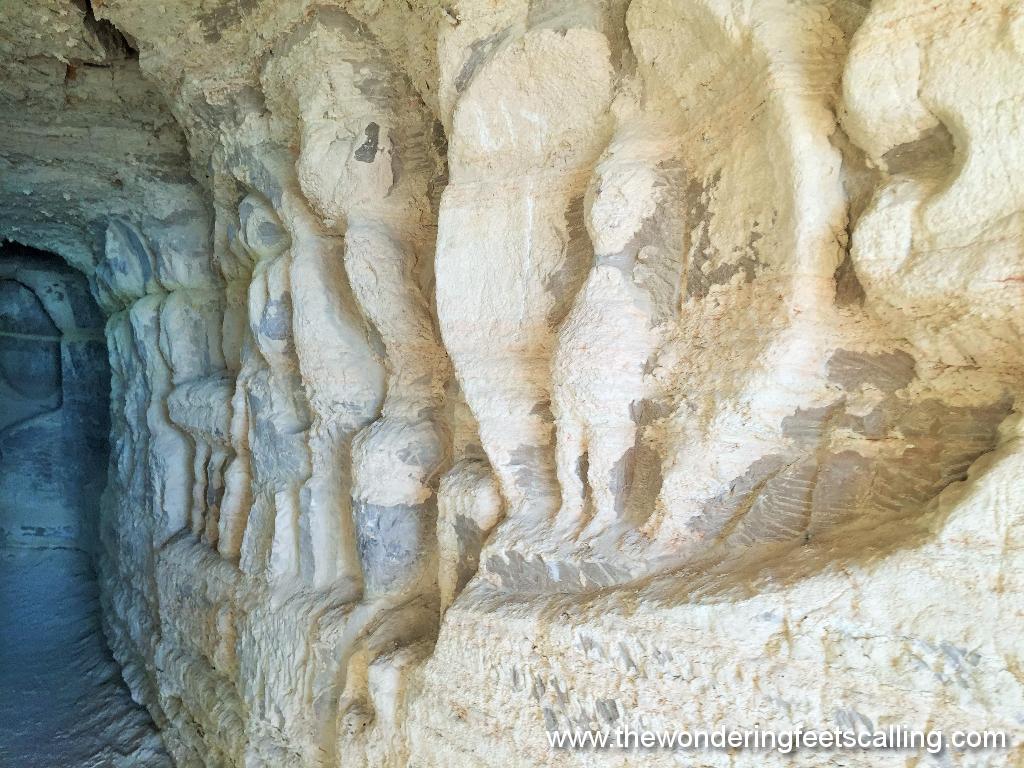 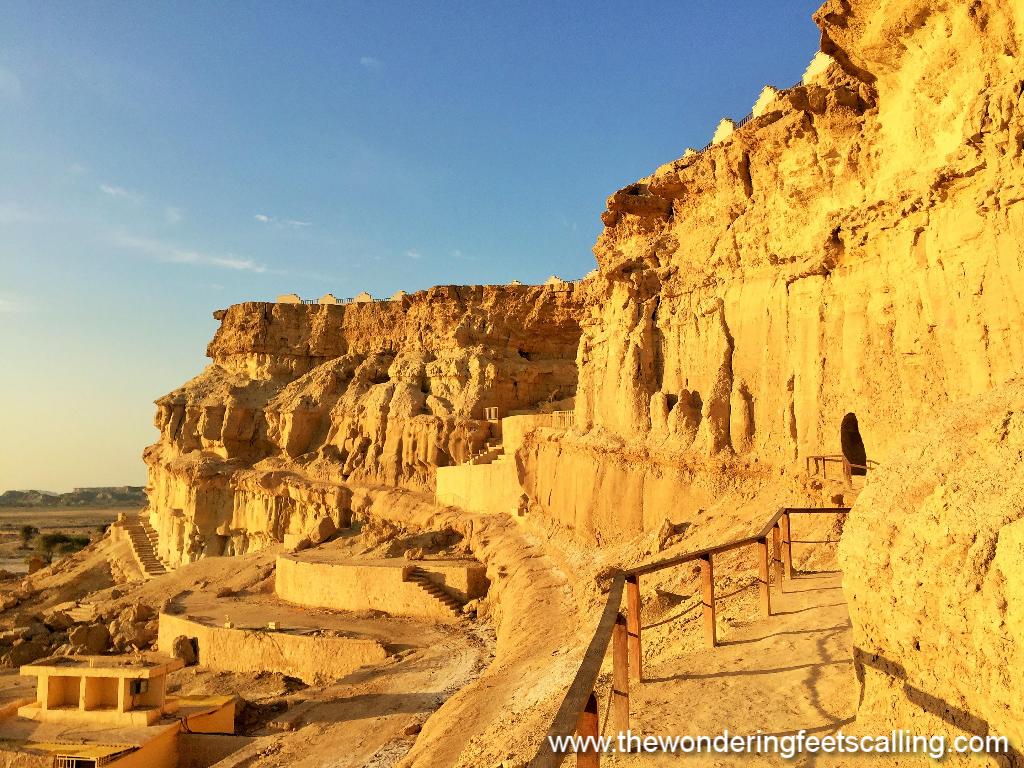 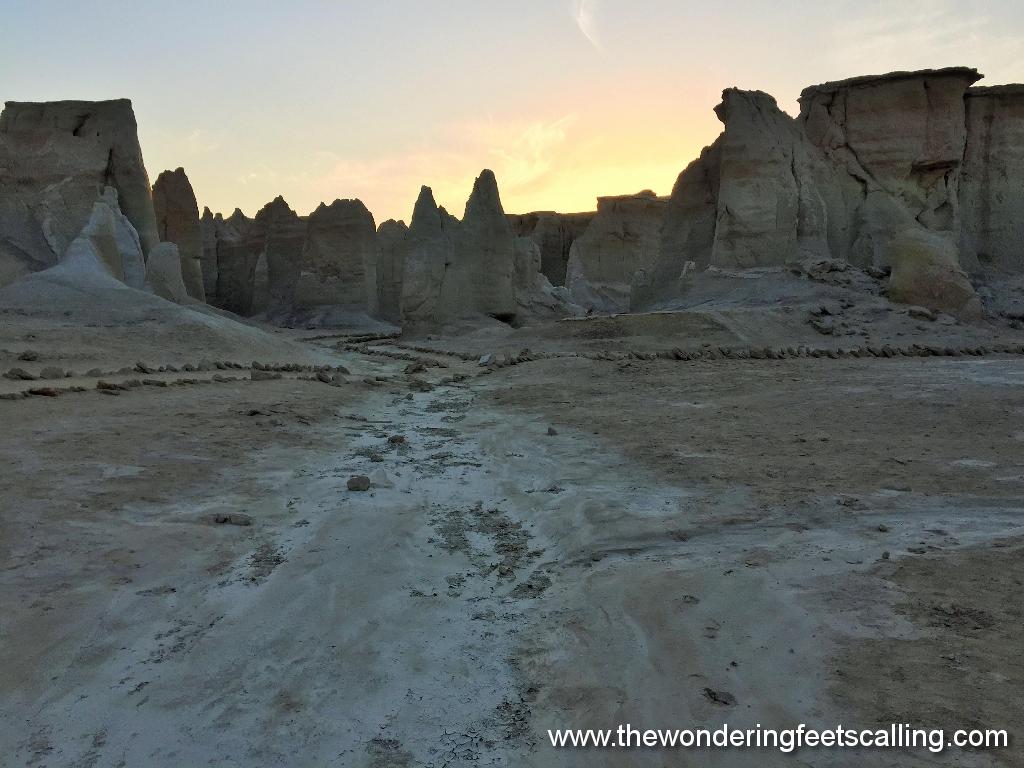 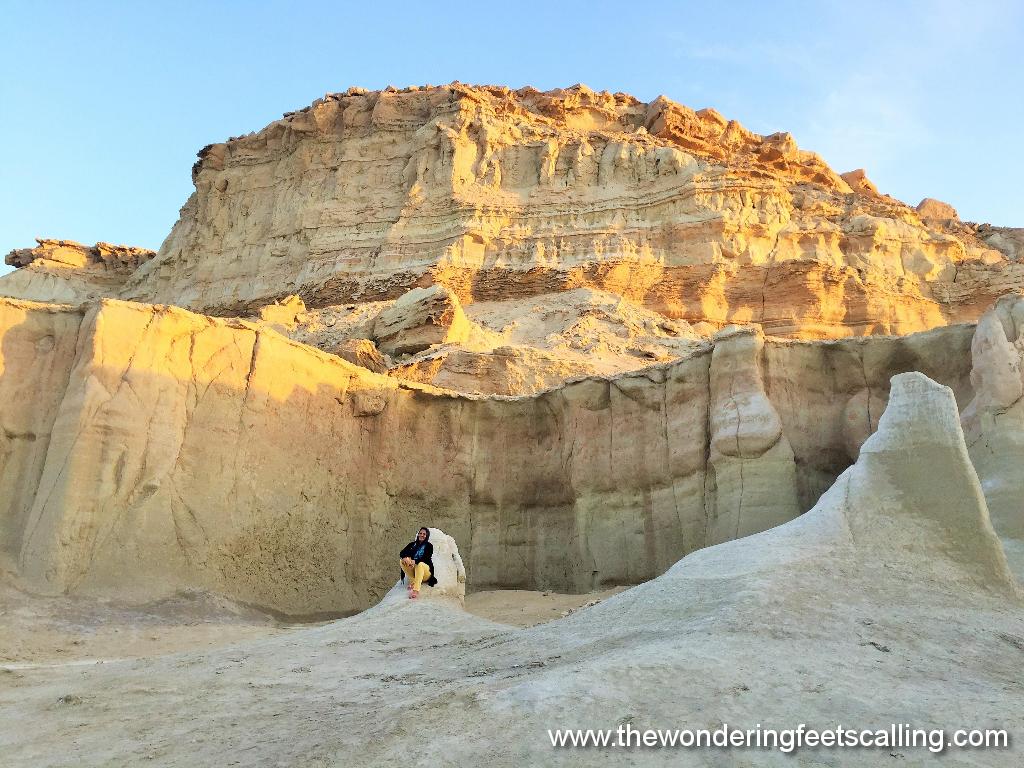 Definitely huge and awesome! Find your way out of this fascinating rock maze and marvel in admiration. Wondered how these rocks came into existence? This is the mighty works of rain and wind 2 thousand years ago. Including the sharp cones, arches, edges and columns which are all made from sand and natural cement, this place  is 7 to 15 meters below the original plateau. 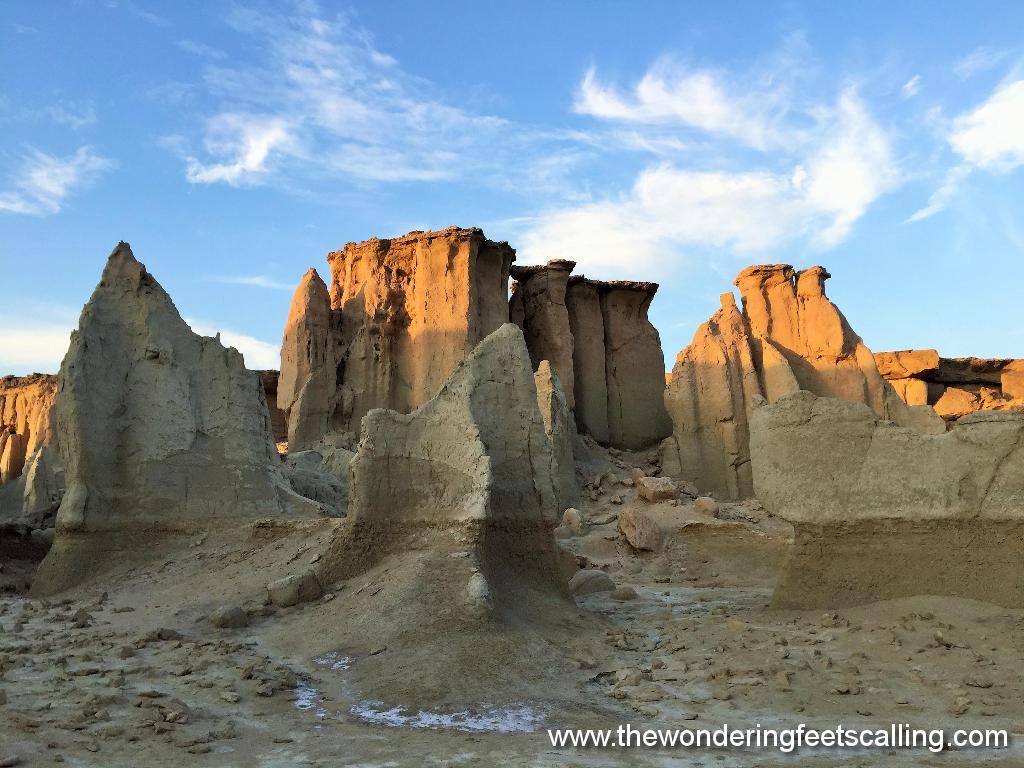 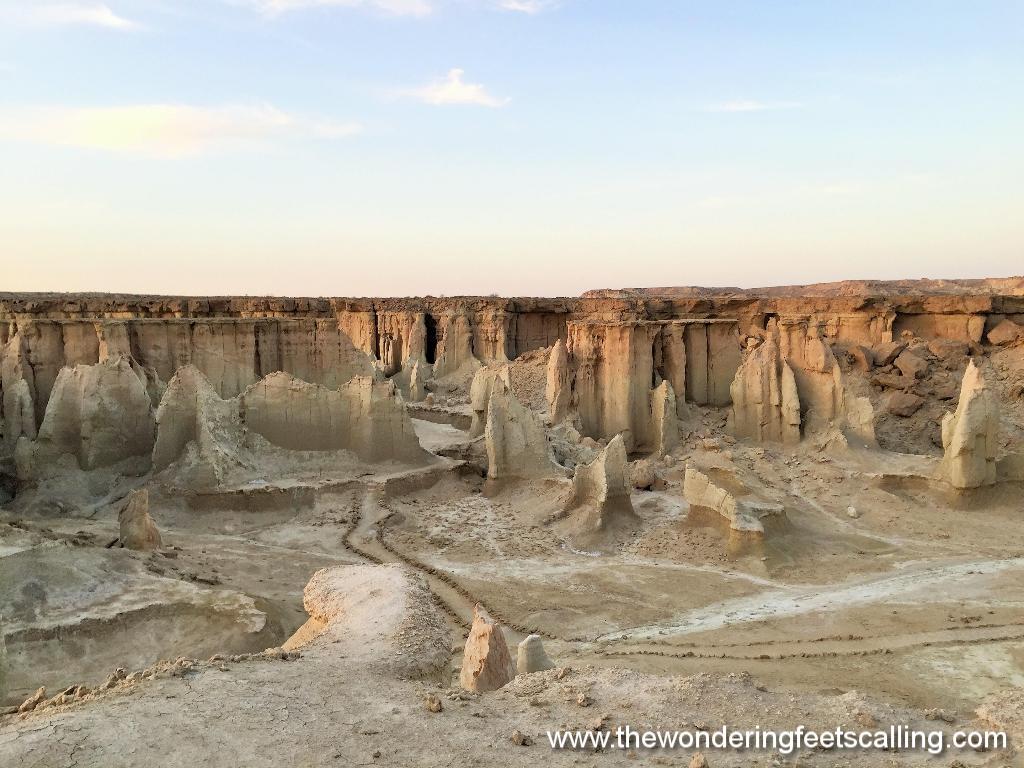 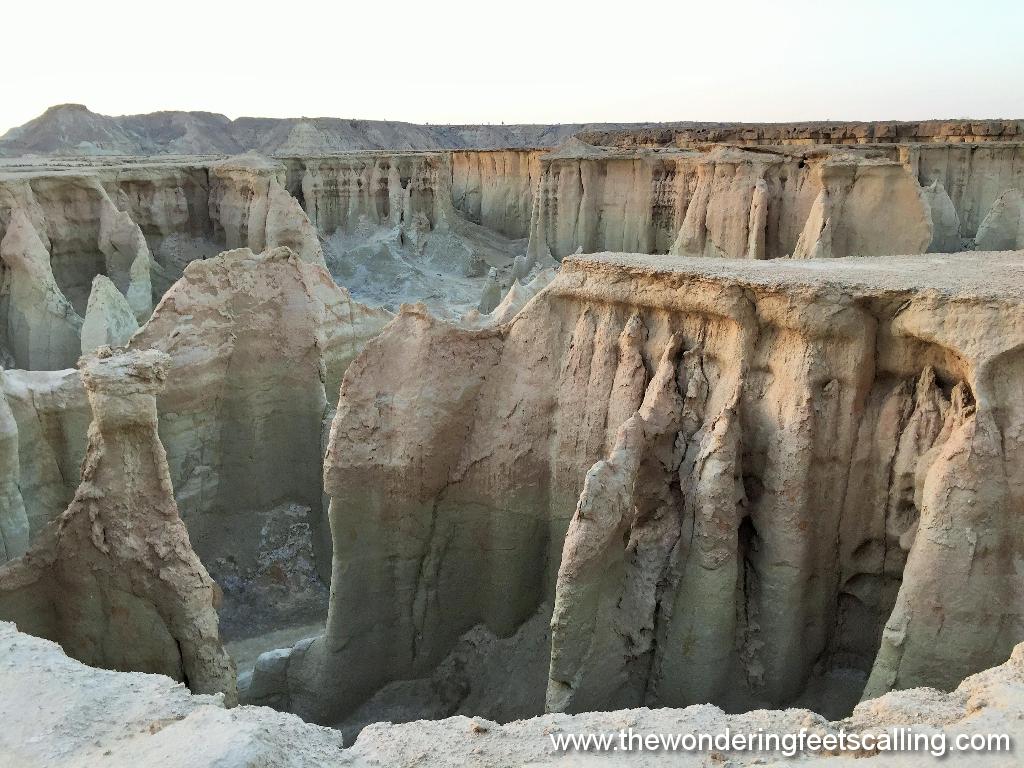 According to local stories, they believed that a falling big star centuries ago formed this valley when it landed the ground. Due to the different formations of the rocks, the sound of the wind is audible throughout the valley. The same made the locals believe in the existence of ghost in this area, that is why they are avoiding to enter the valley at night 🙂

Sunset painted the sky including this place with splendor! Ain’t it magical? And I guess, this place is perfect for stargazing! Anyone? 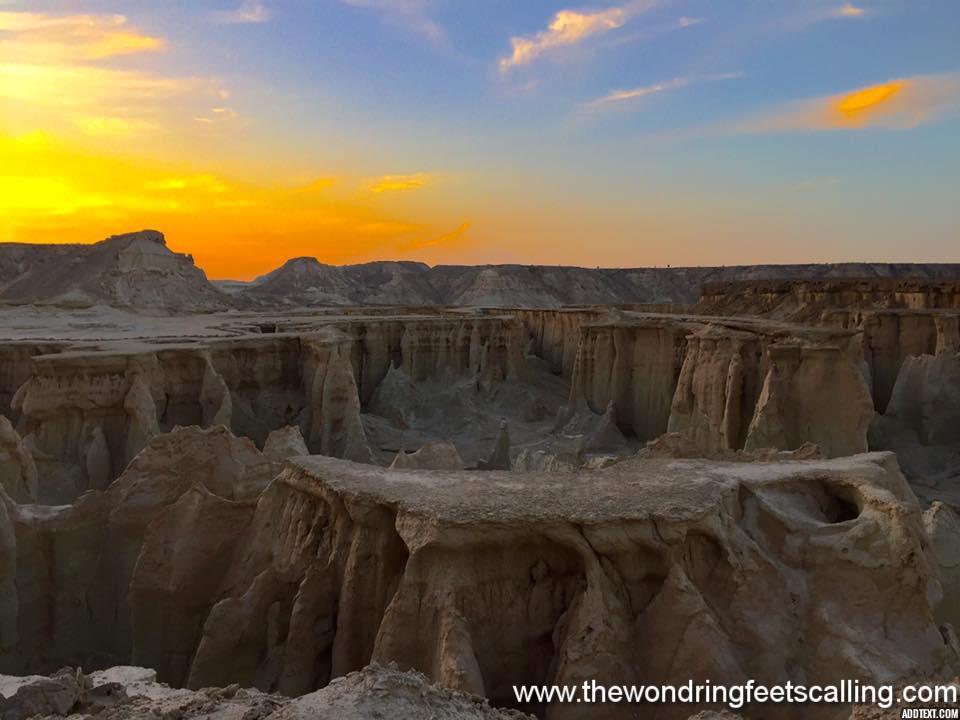 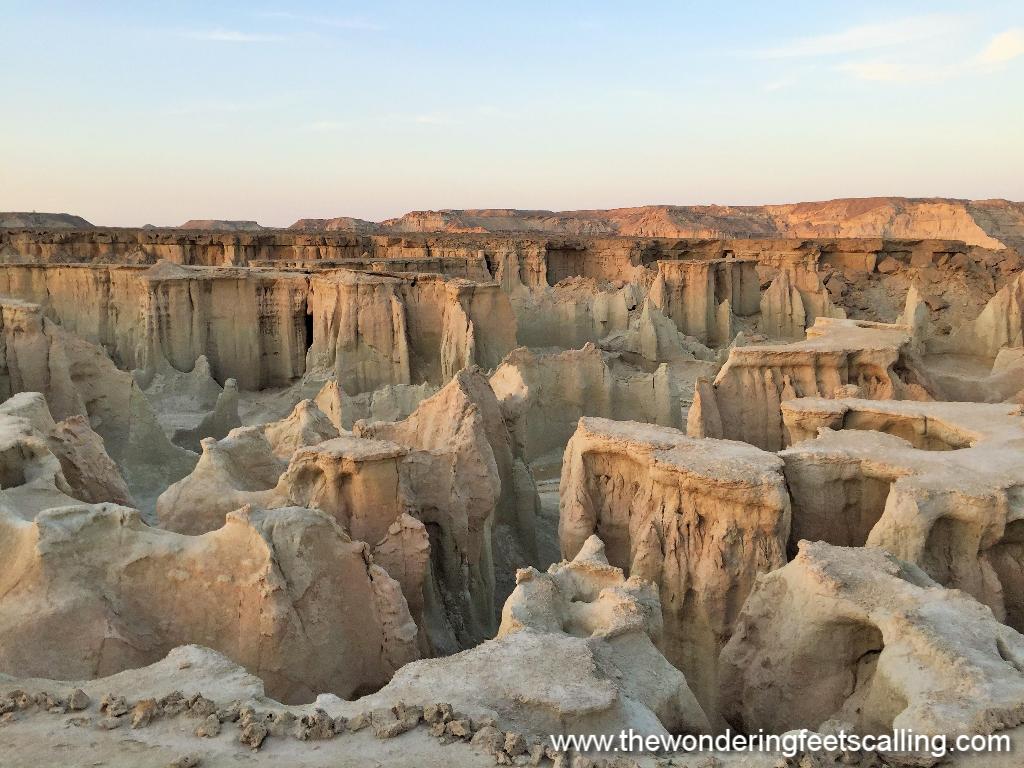 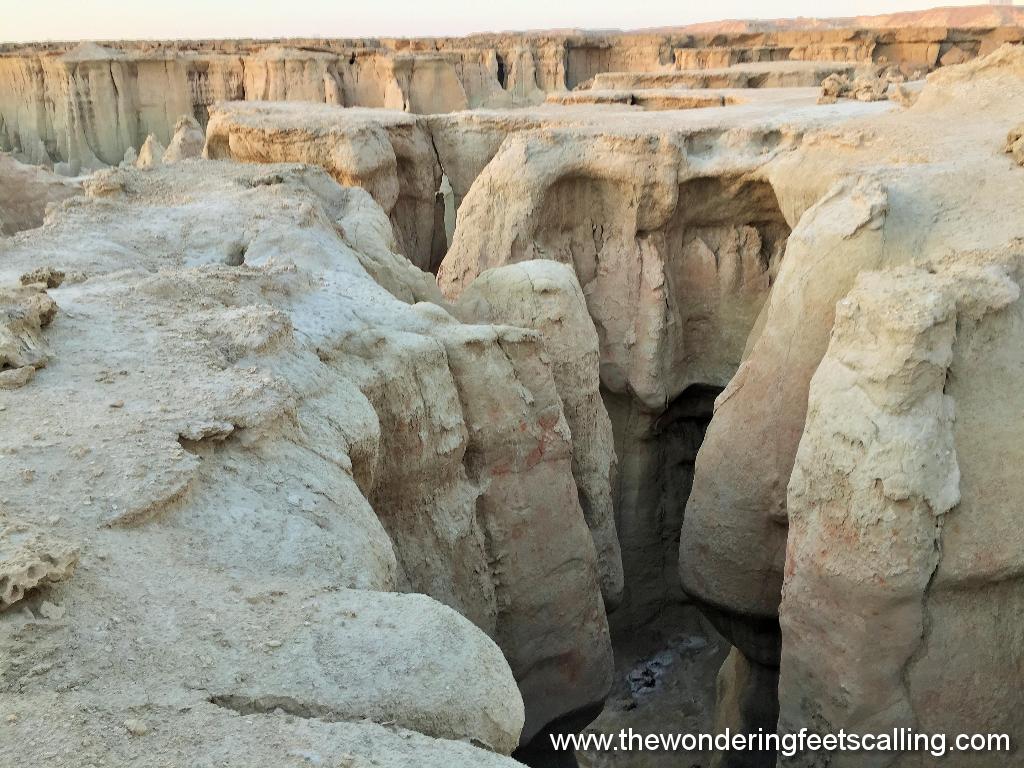 Stars Valley is the only Geo park site affirmed by the UNESCO in the Middle East though it was dropped from the UNESCO list in 2013. I guess at the moment, they are working on the re-enlistment of the Stars Valley in UNESCO’s Global Geo parks. 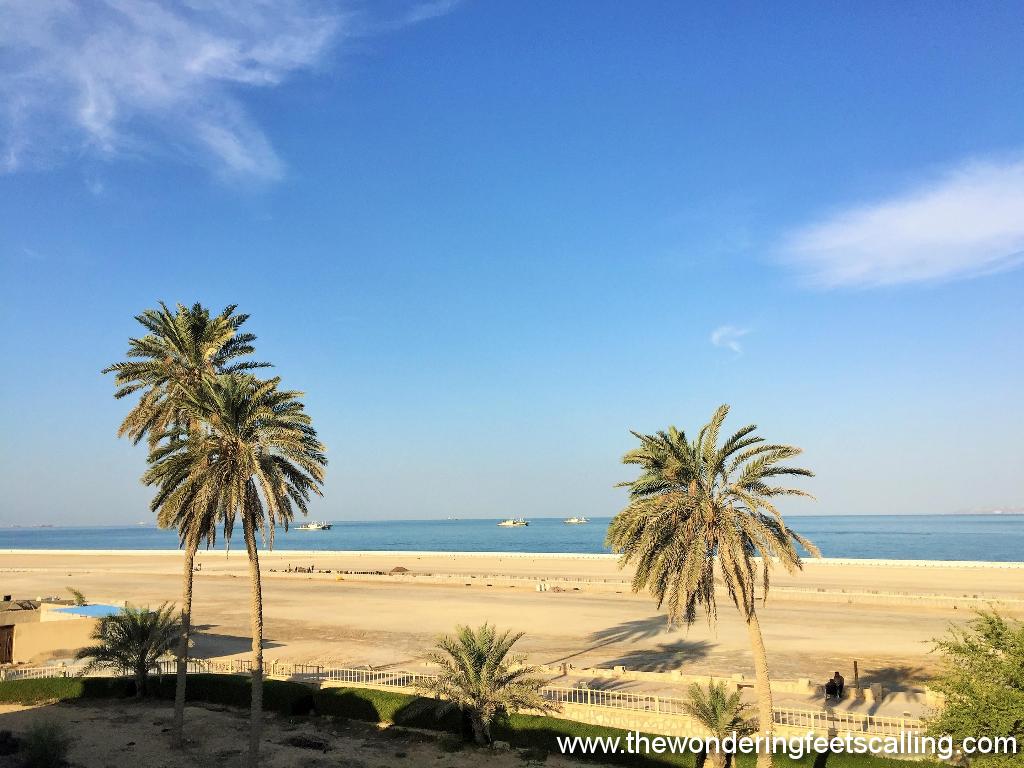 The Persian Gulf is an extension of the Arabian sea which lies at the heart of the Middle East. Bounded with mystique and pride, the controversy over its name, not to mention the abundance of oil and wildlife  is no longer a question to many. Gulf countries call it the Arabian Gulf but Iranians called it the Persian Gulf.

Witness the tranquil azure waters as it clearly touches the Persian sand and feel the relaxation and relief it caused. This is a lovely sight at a lovely site, no doubts! 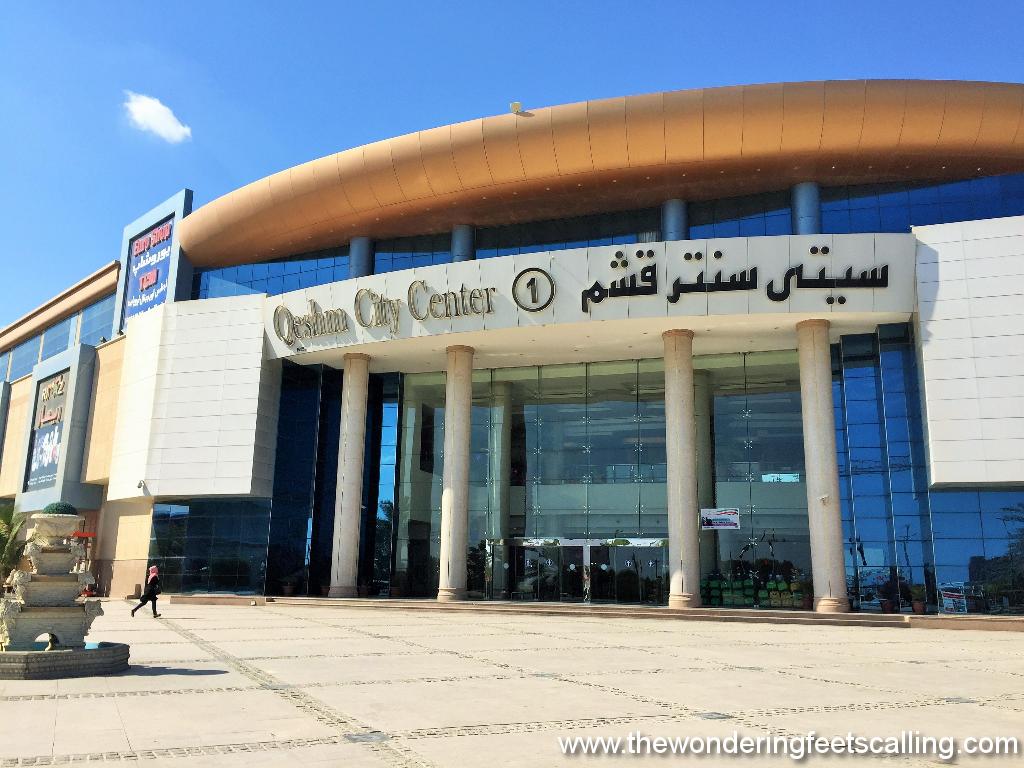 Yes, they also have their very own City Center. Inside is a lined up of well known brands which authenticity is unsure. The good thing in here is you will find cheaper rates of items with a very good quality. I guess it’s because Qeshm is a free trade zone. Any goods will land, get manufactured or re-exported without the intervention of the customs authorities. 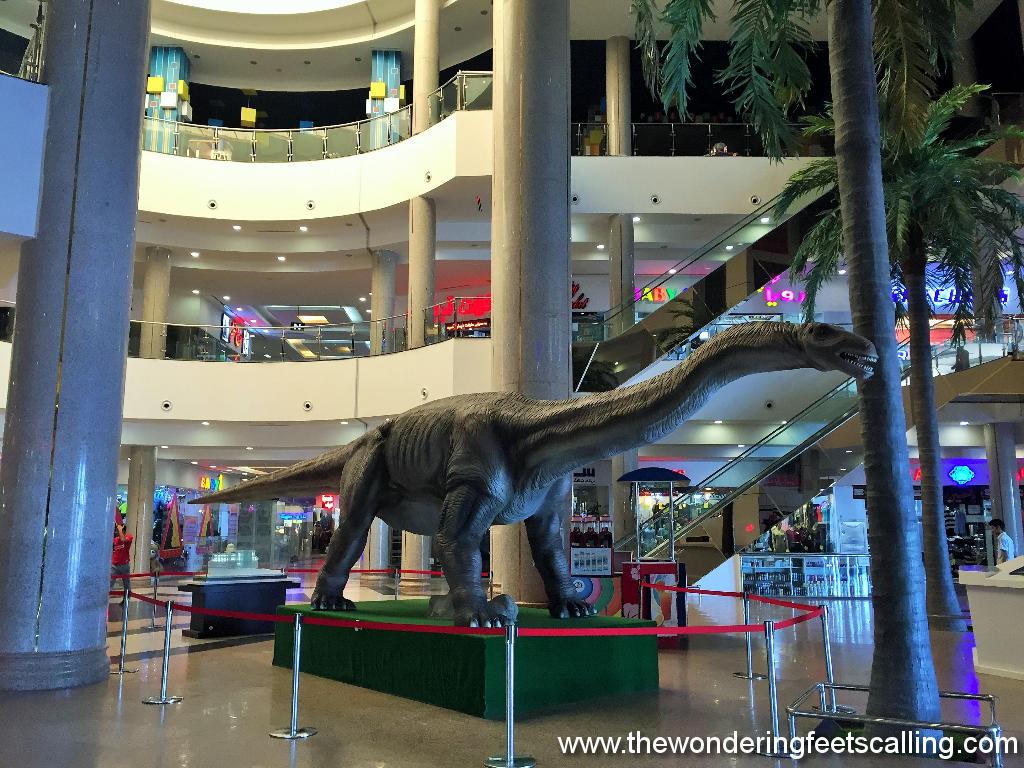 Although at the moment, a new mall is soon to rise in Qeshm and I think Almas Mall is bigger than the Qeshm City Center.

To give Iran a  glimpse is not bad at all! This part of the country is not scary as like the preconceived notions of the many. The locals are very friendly, warm and not irritable, calm as the Persian Gulf. It’s streets and corners are clean and it’s pretty safe to roam around the island. 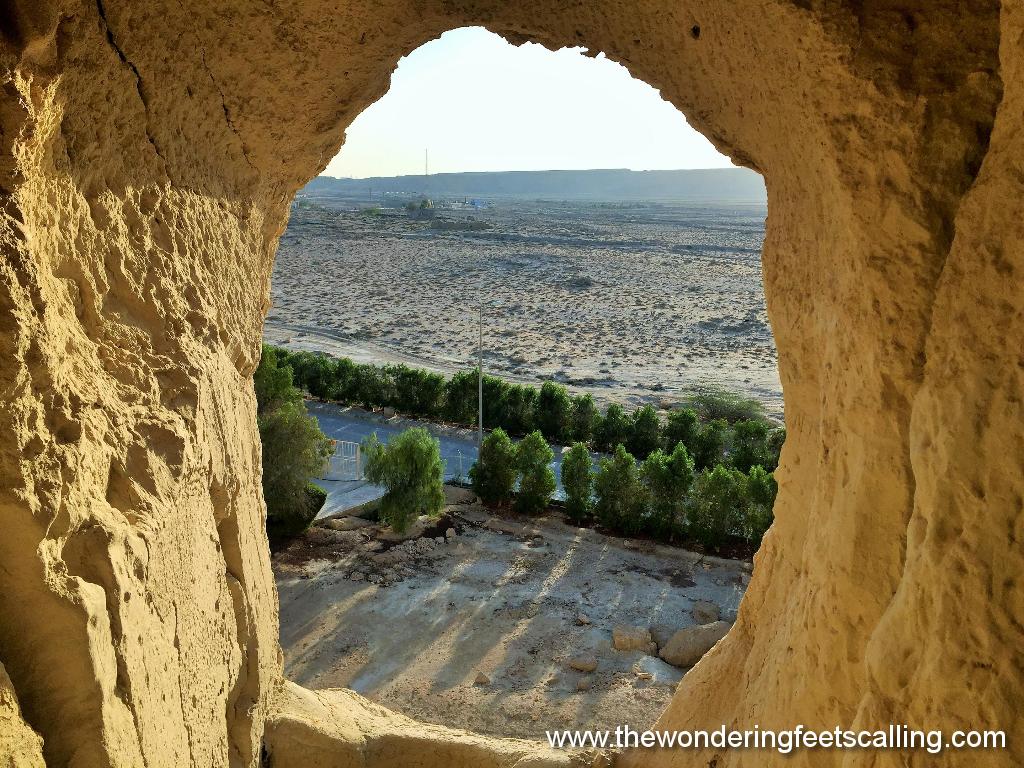 There are still many places to visit around Qeshm but due to time constraint, I missed the Naz Island and the Chah Kooh Valley.

Where to Stay in Qeshm?

Those who come to Qeshm for exit purposes mostly stay at the Olympic Hotel. They would pick you up from the airport and travel more than an hour to reach the hotel passing through so many natural land forms and wonders. It’s a scenic ride indeed! 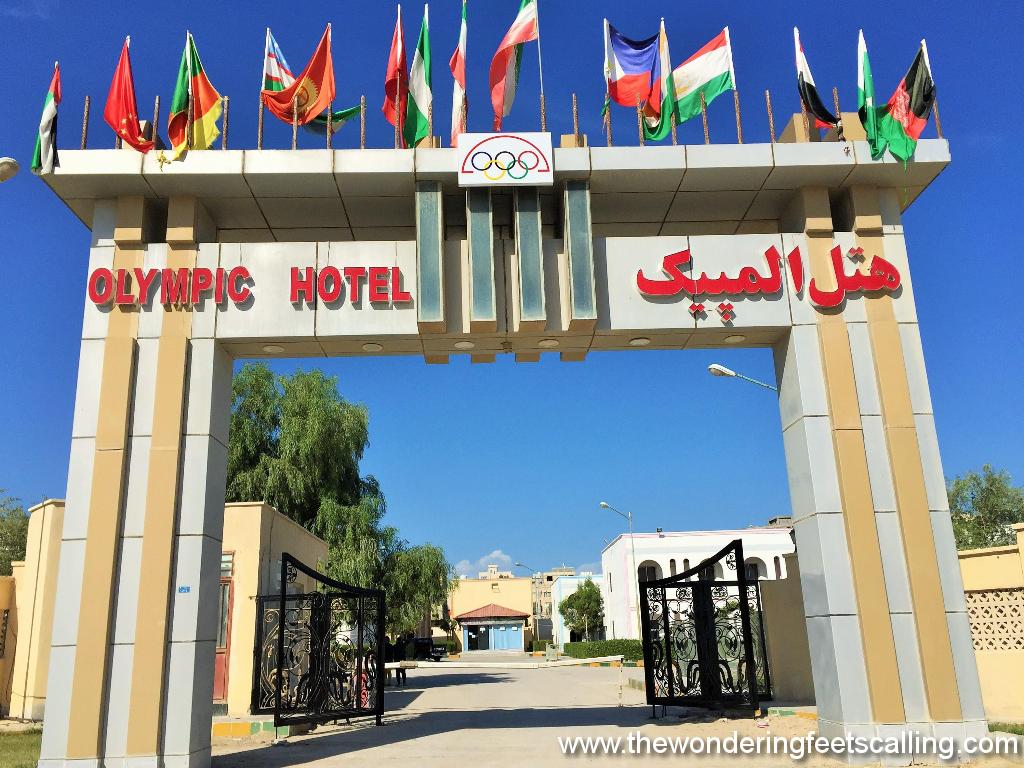 The hotel looks more alike to a community. Each villa has 4 rooms with 2 to 3 occupancies per room and a shared bathroom. An ample amount of breakfast is also free from the hotel. Wifi can also be bought from their internet café depending on the number of hours you required. I took the 5-hour connection and it cost me AED 10. At night, most occupants gather at the kiosk situated at the villa front and share life. 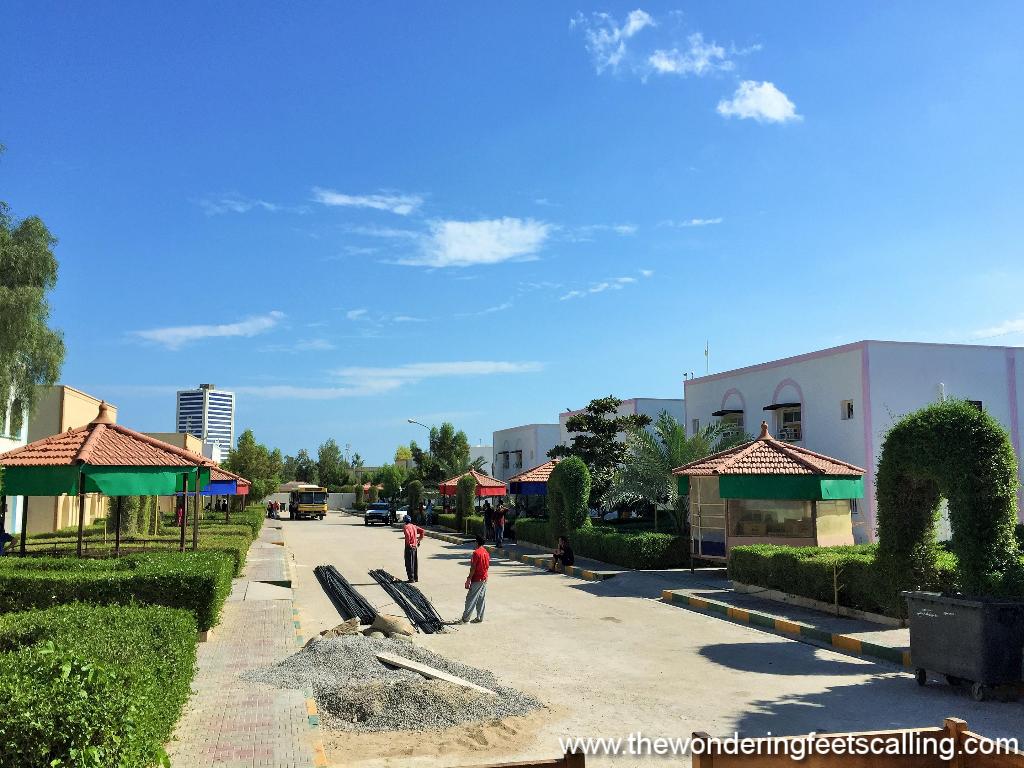 Every morning at 11:00, you will see this yellow bus parked in front of the reception waiting for the passengers who are leaving for the day. That would mean they have the visas!  This is quite a sad part when you see people going out from their respective villas, stand along the pathway, staring at those people who are leaving. Many, especially Filipinos would stand next to the bus waving goodbye to strangers-become-friends without knowing when will their next meeting be.

How to get there?

Qeshm Air flies from Dubai International Airport Terminal 2 to Qeshm International Airport once a day. Roughly 30 minutes after the take off, you will touch down Qeshm. Contrary to my expectation, the airline also offered food in the air, which is of course filling!  (sandwich, chocolate, juice and water) 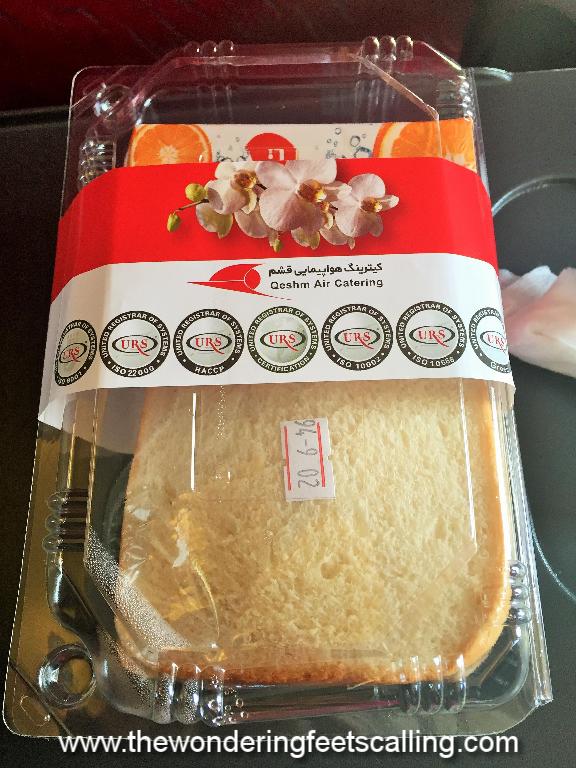 Having its great contribution in history, Persia (old name of Iran) is intertwined with its contribution to civilization and its famous Persian Empire Kings including King Cyrus the Great which tombs are up to now present in Iran, but not in Qeshm.

There are many things in Iran but unfortunately underwhelmed or undiscovered by the many.  If you are an avid fan of nature and its wonders, perhaps you can decide to a set a foot in this land where the charm of sky colors meets to enliven the natural works of nature.

ABOUT US
We wanted to inspire and change people’s perspective about countries. Many are still imprisoned with the wrong set of preconceived ideas and of course ideology. We wanted to create that desire in you to see and experience people because only by then that you will know. Act on your wonders and allow your feet to bring you there! That’s The Wondering Feet's Calling!
Contact us: [email protected]
FOLLOW US
© Copyright 2020 - Created by The Wondering Feets Calling