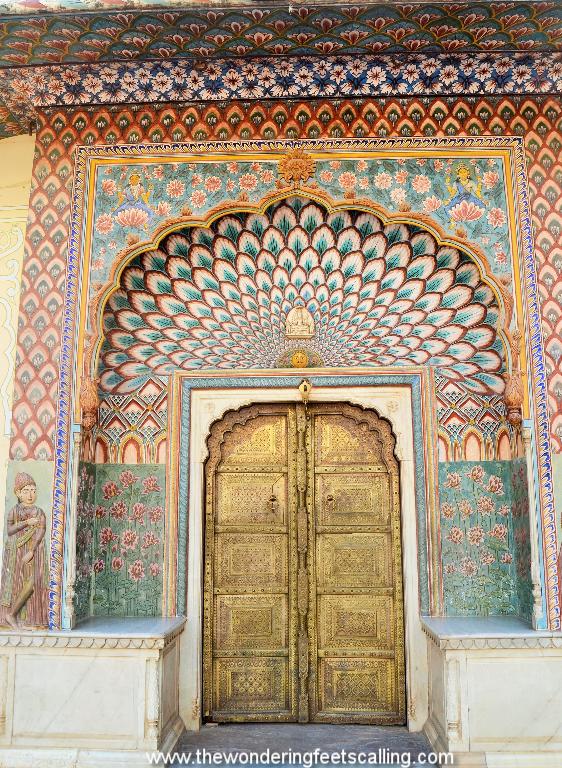 Saturated by the vibrant hues of  the  past and  magnificent architecture, Jaipur, the capital of the state of Rajasthan in India, known as the “Pink City” magically charmed people from different parts of the world because of its built structures and buildings which are pink in color. Historically, the Maharaja Ram Singh ordered to paint the  whole city with pink as an act of hospitality towards the Prince of Wales when he visited India. The Old City is surrounded by pink walls too with seven gates. Because of pink’s welcoming nature, the residents are obliged by law to maintain its distinct pink color up to this time, though basically the color is brownish red due to the terracotta which they use in covering and beautifying their buildings.

Filled with much excitement, we allow the city to address our expectations! 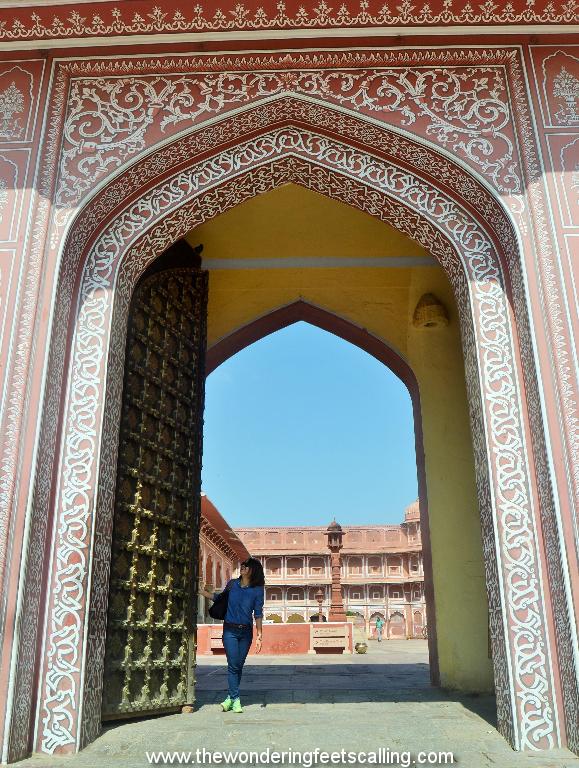 Lies at the heart of the city, this palace  primarily homed the Royal Family of Jaipur. Highly regarded for its complex courtyard, colorful peacock and humongous  doors, traditionally-costumed palace guards with bright turbans, explicit museums, marble-floored chambers, dedicated temples  and admirable building designs, the palace showcases its significance in the rich history of Jaipur and its successful rulers. 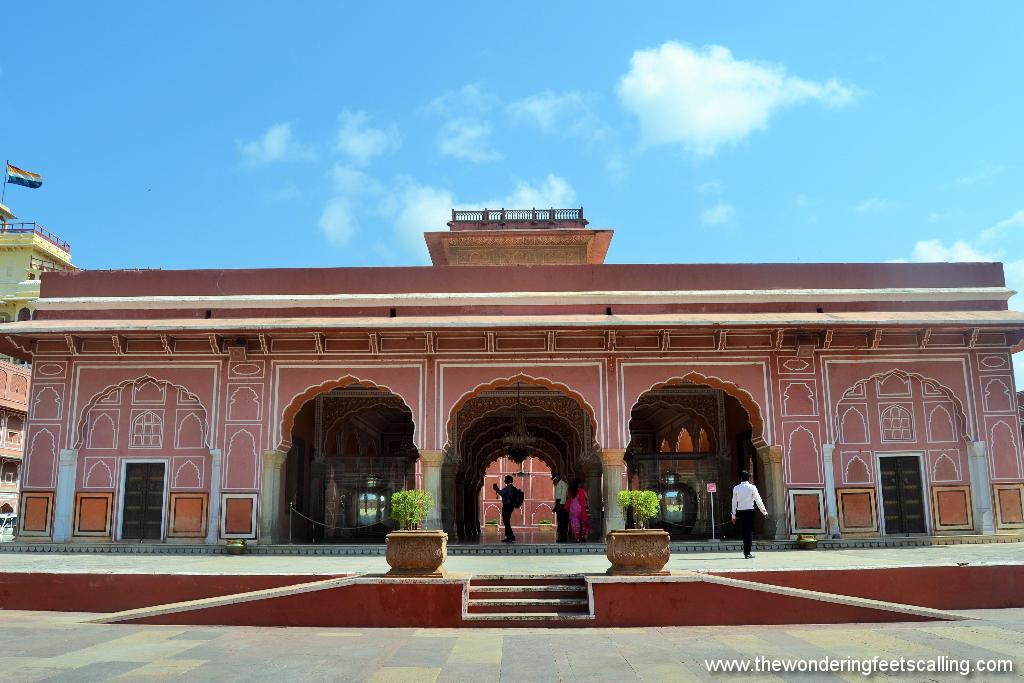 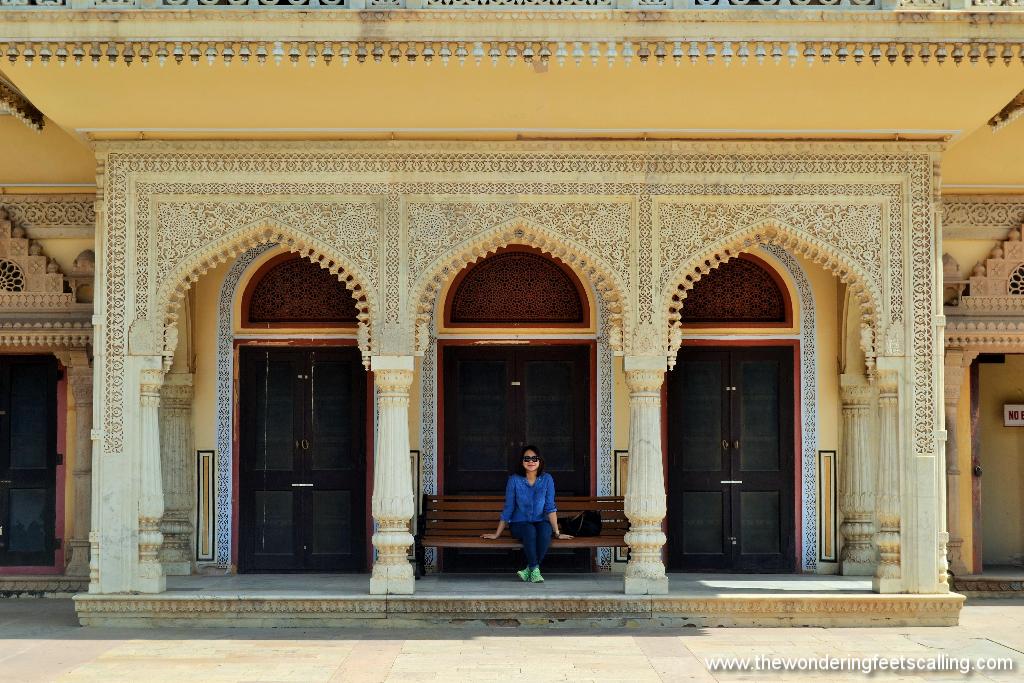 Though not so totally impressed with what we saw and with the idea of a palace in our mind, every part of this palace has its own story that will add value to  the wholeness of its heritage. Of course, the greatness and high standing accomplishment that they’ve got before the 20th century is a real consideration as they initially built this palace in  1729. 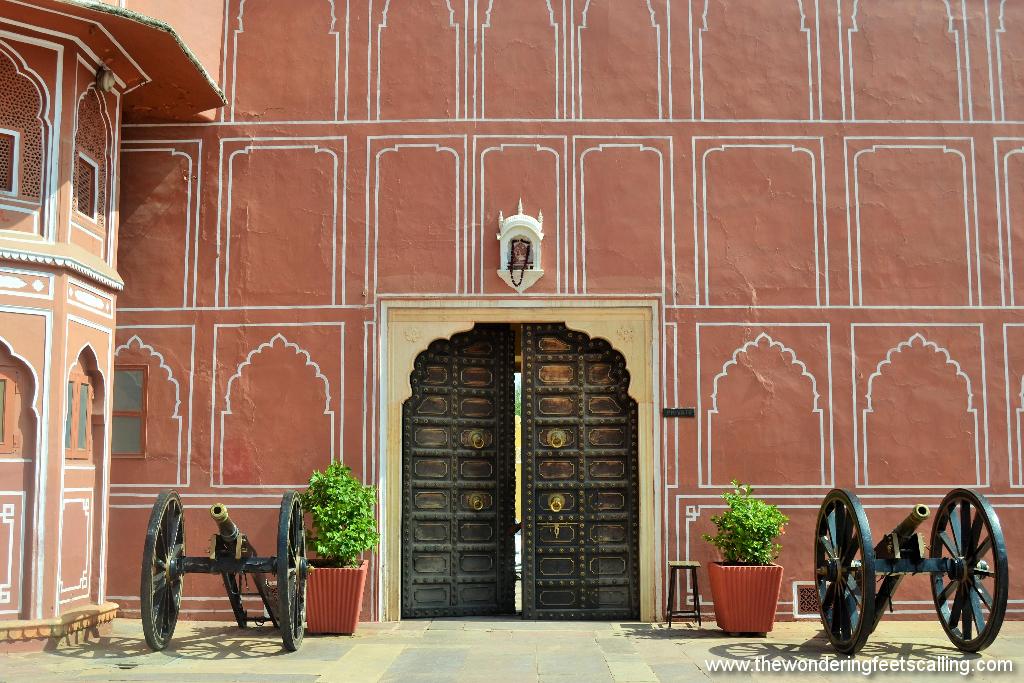 Entrance Fee: 400 Indian Rupees for foreigner including an entry to Jaigarh Fort, valid for one week from the date of purchase. 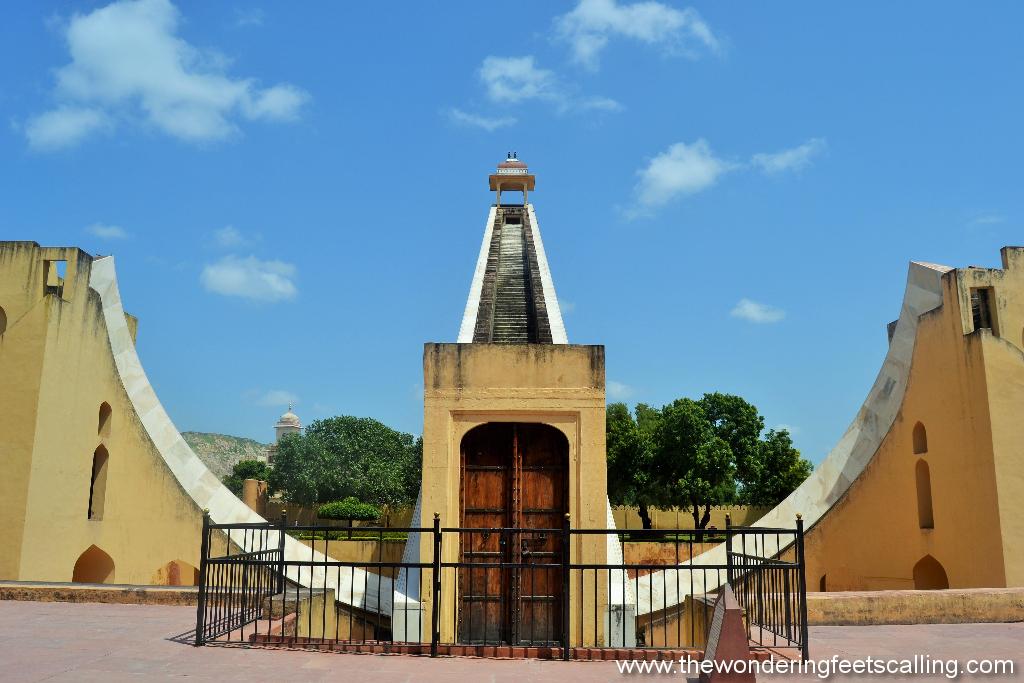 Literally mean “Calculation Instrument”, Jantar Mantar is a collection of instruments used for astronomical observations. It has a total of 19 instruments used for measuring time, sun position, celestial latitude and longitude, tracking the location of heavenly bodies in the northern or southern hemisphere, including its position, finding the distance of the sun and stars, the declinations of the planets and even predicting eclipses. It also features the world’s largest stone sundial standing 27 meters high from the ground. 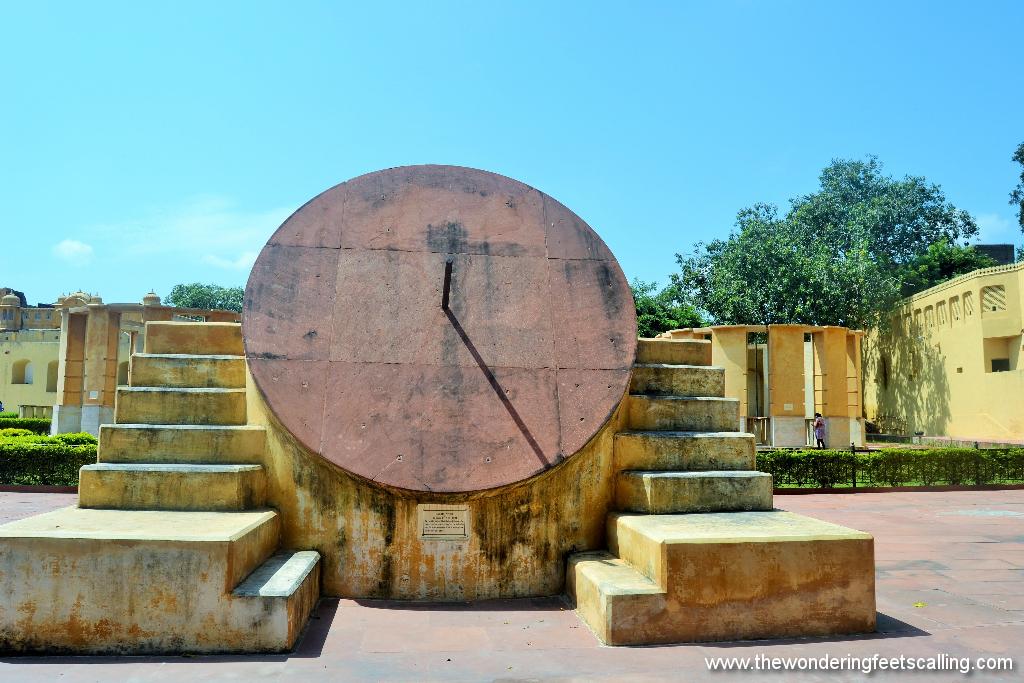 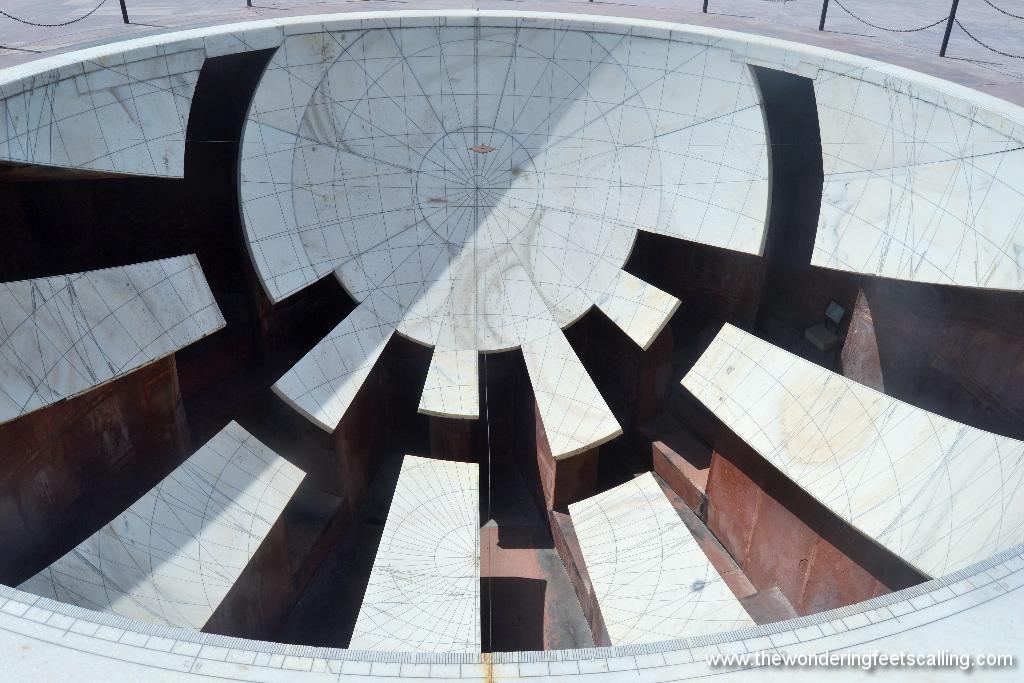 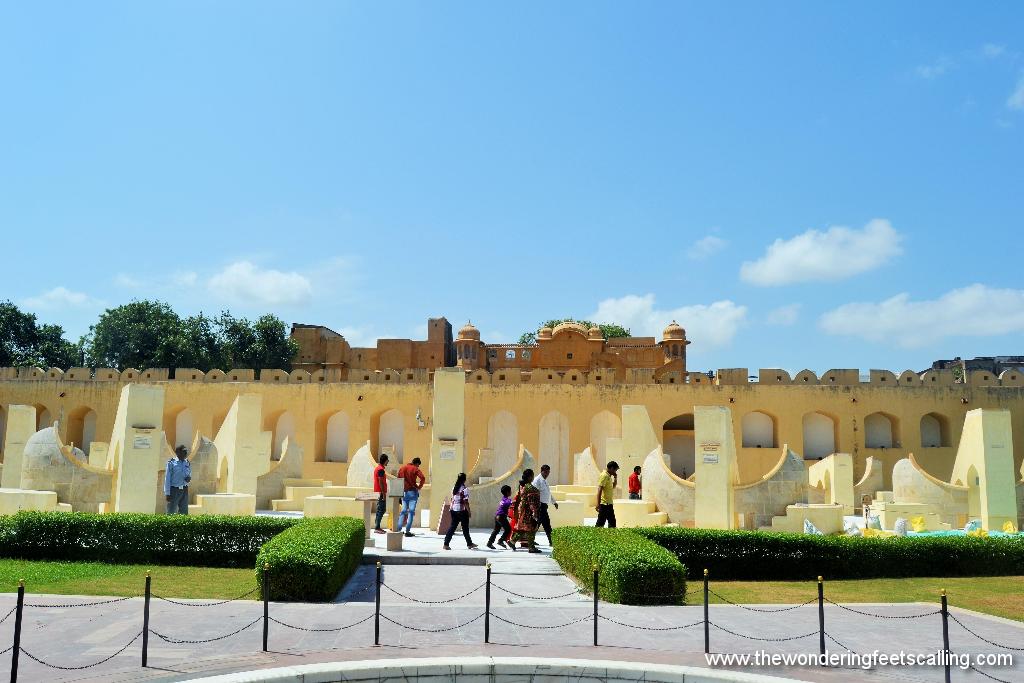 Location: Opposite of the City Palace, Jaipur

Entrance Fee: 200 Indian Rupees but we took the composite ticket from here, amounting to 400 Indian Rupees each, valid for 2 days and acceptable at 7 different locations. 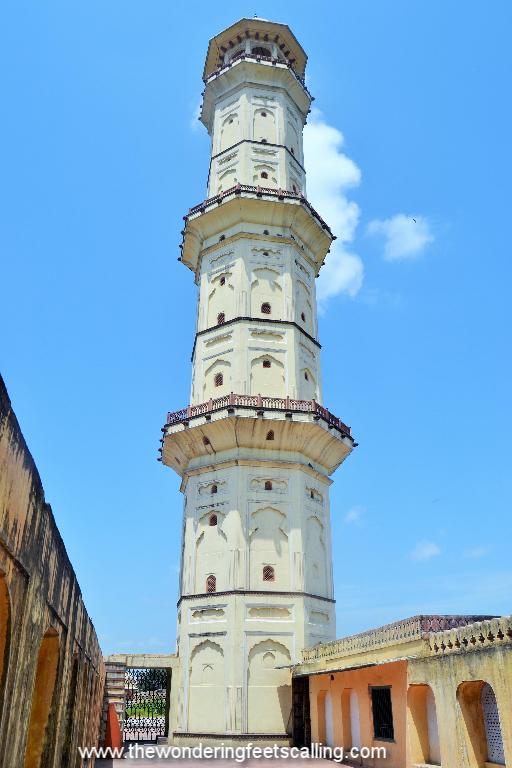 Isarlat which is also known as the heaven piercing monument or tower to heaven, is a 140 feet, diagonal shaped seven storied pillar that commemorated the victory over the battle of Swai Ishwari Singh in 1749 AD. Situated in the center of Jaipur, this minaret allows you to have an overview of the city once you reached the top. 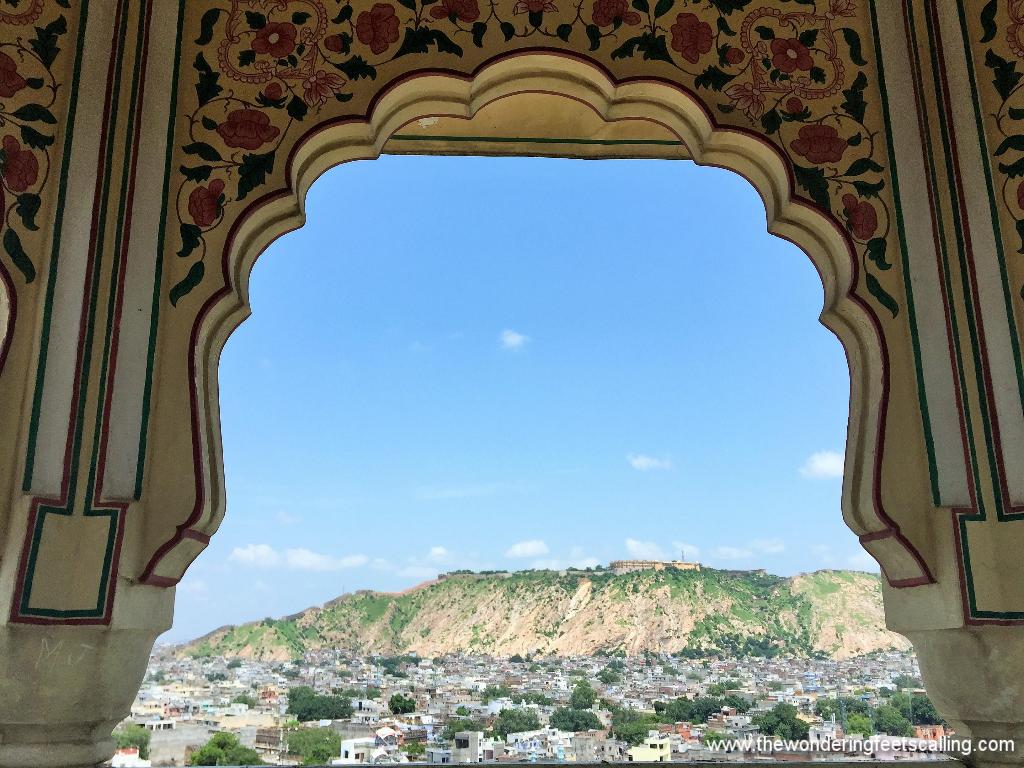 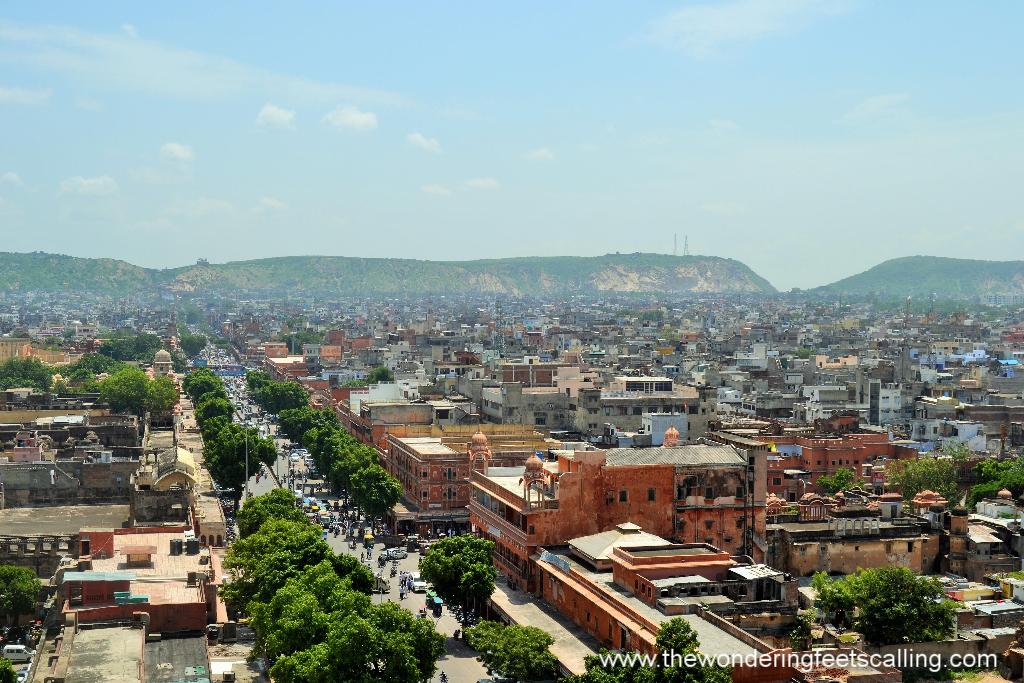 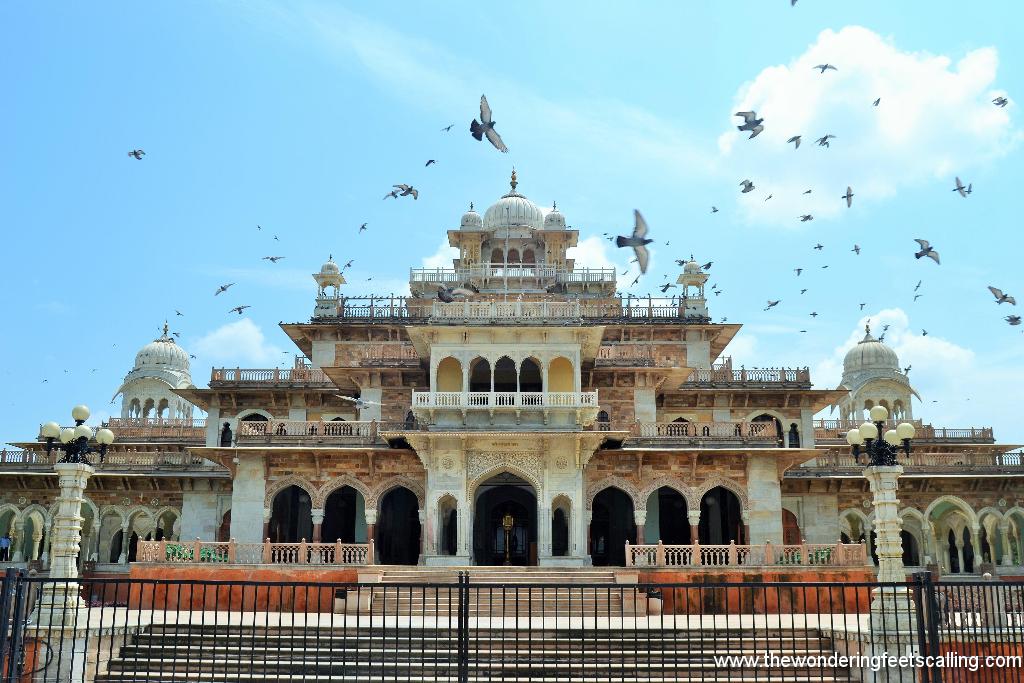 Also known as the Central Museum in Jaipur, the two story building displays collections of artifacts, arts, crafts, paintings, carvings, and costumes from different parts of the world. This was named after King Albert Edward VII during his visit to the city. This was initially intended as a town hall by Maharaja Ram Singh but his successor Madho Singh II decided to make the building a museum for the arts of Jaipur to encourage local craftsmen to develop their talents and skills. 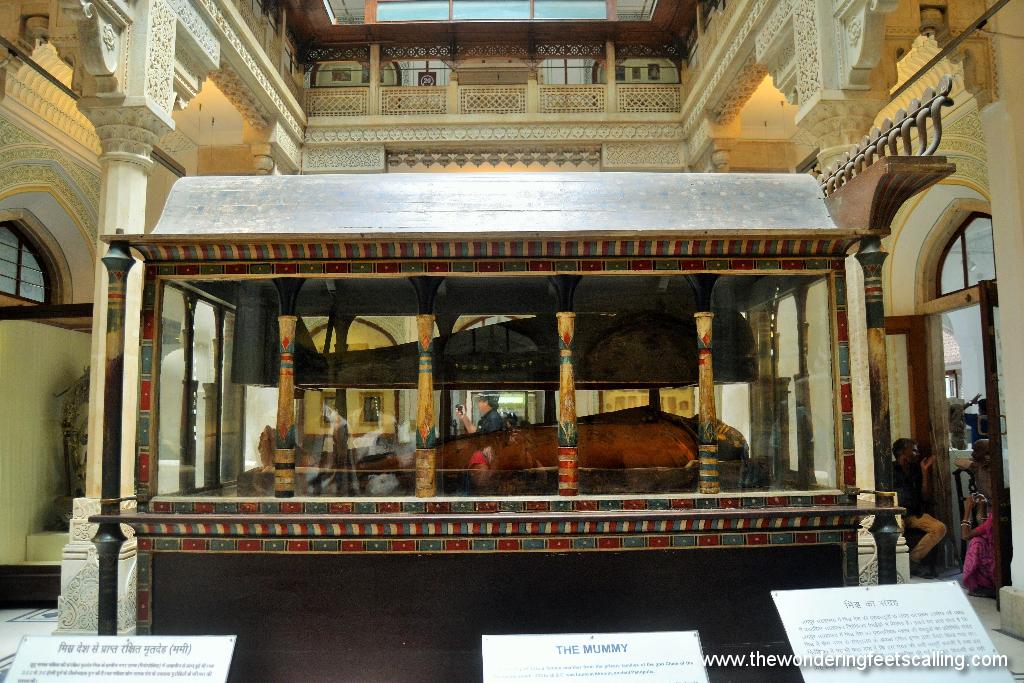 A section on the ground floor exhibits their Egyptian Antiquities especially gathered by Emile Brugsch, a curator at a museum in Cairo. All the articles are genuine which give any student who wishes to study about Egyptology a good insight. The museum also portrays European, Egyptian, Chinese, Greek and Babylonian civilization murals. 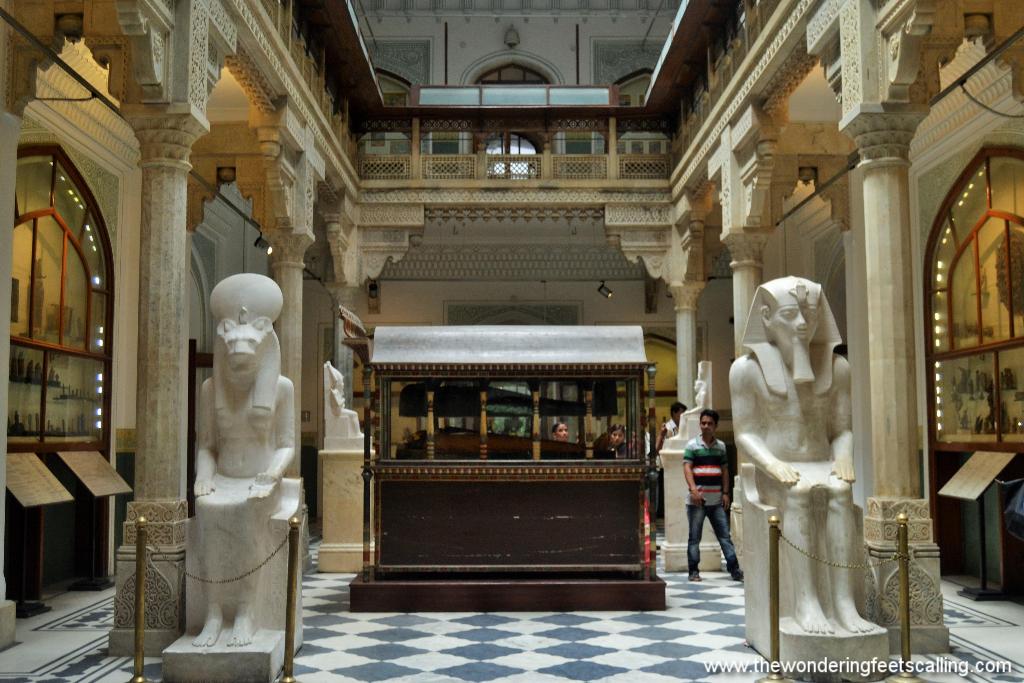 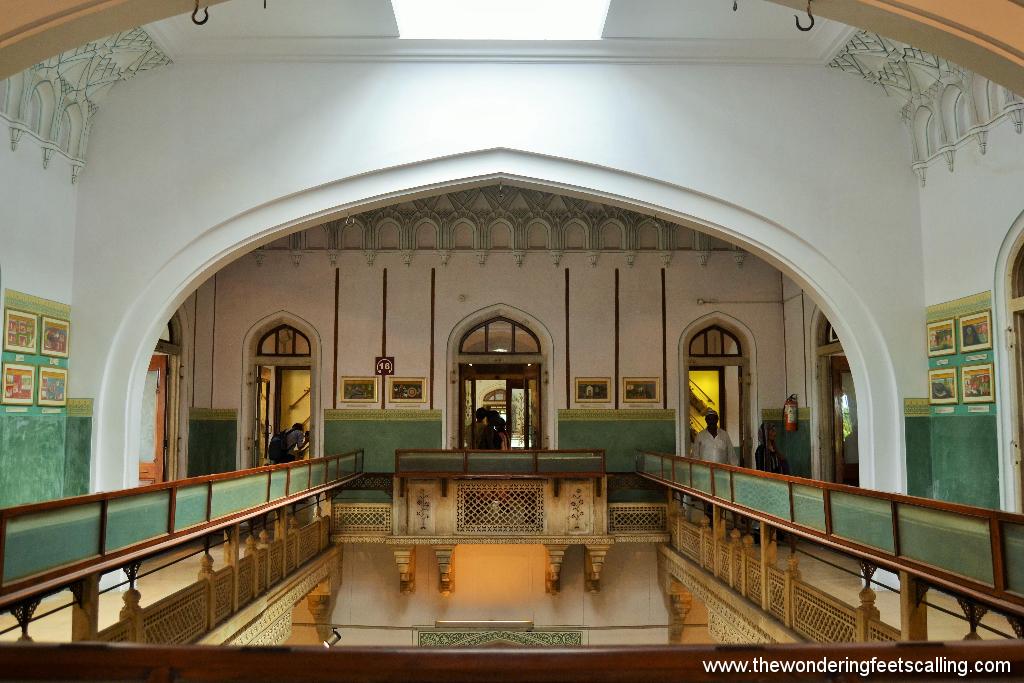 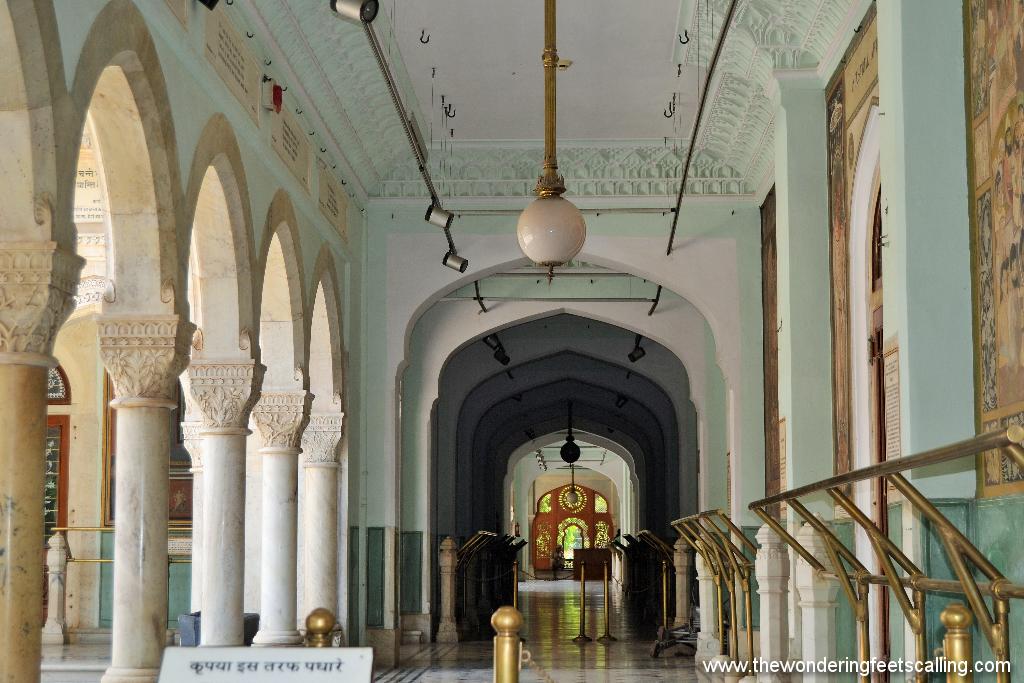 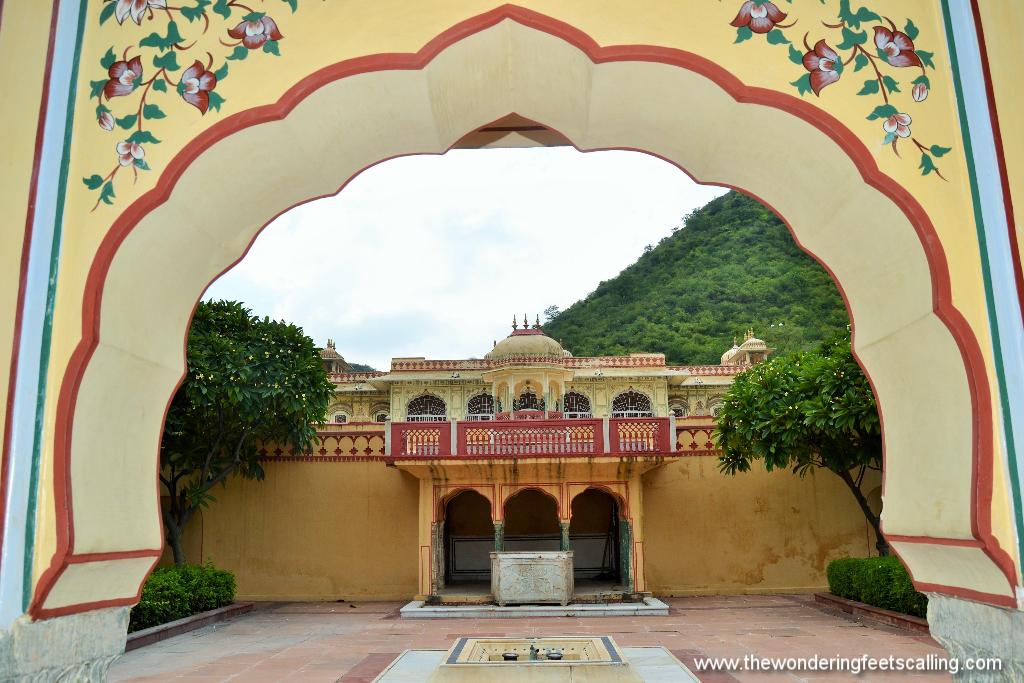 Sisodia Rani Bagh was built by Maharaja Sawai Jai Singh in 1710 AD as a symbol of love to Sisodia Rani, a princess from Udaipur who became her second queen with the condition that her son would succeed his throne. It was in this place that Madho Singh was born. 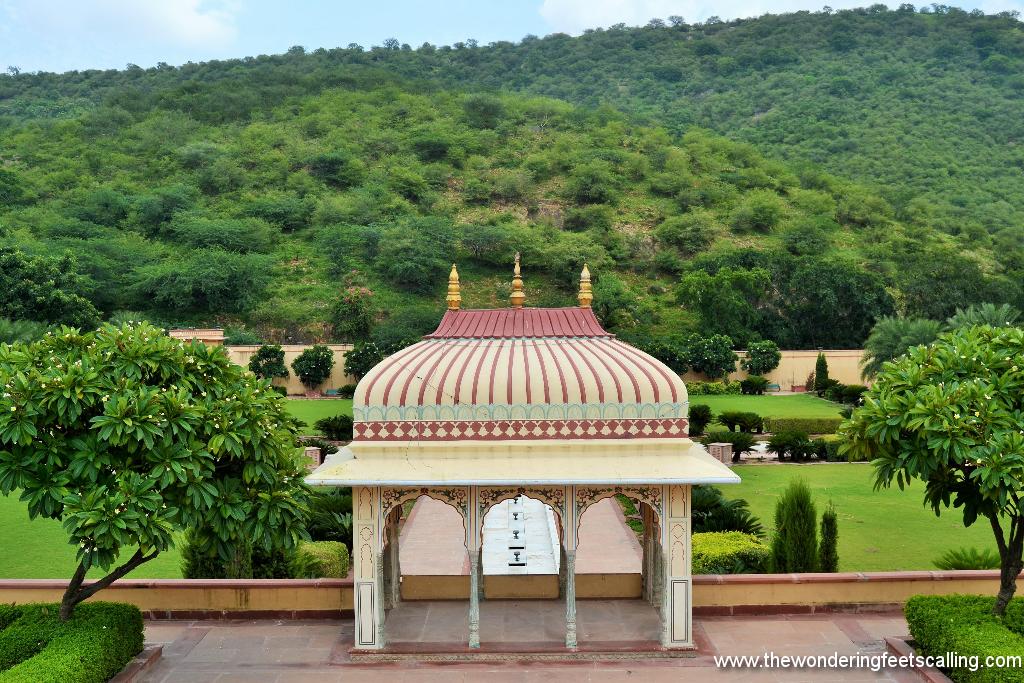 Surrounded with greens and hills, this peaceful and lush royal garden is 6 kms away from the city hence, silence filled the place. It has wall paintings that display the eternal love and story of Radha and Krishna. 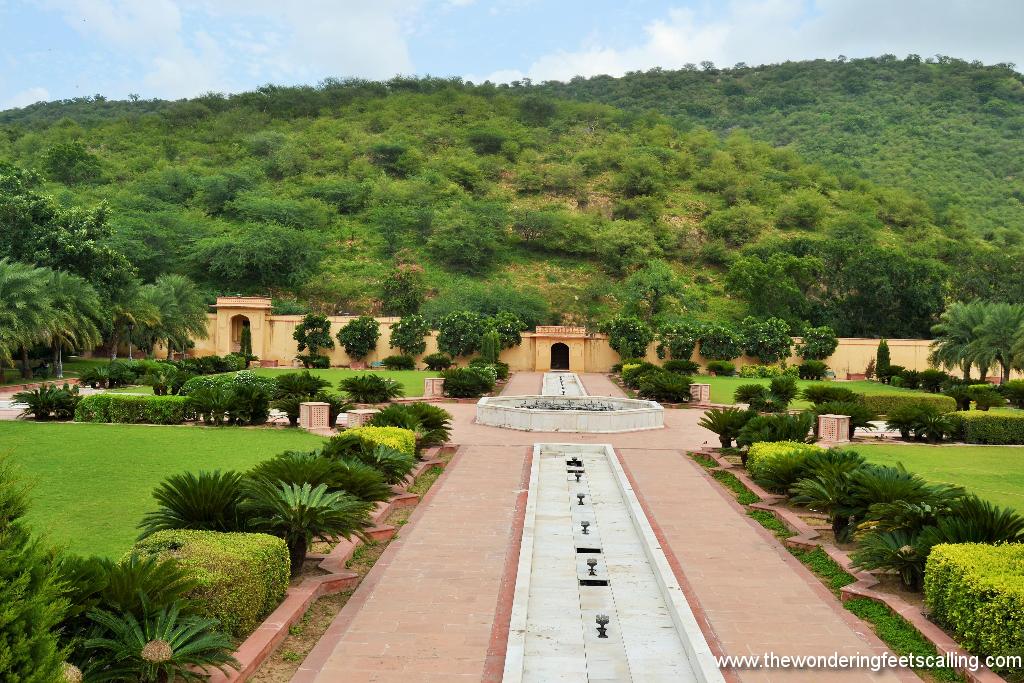 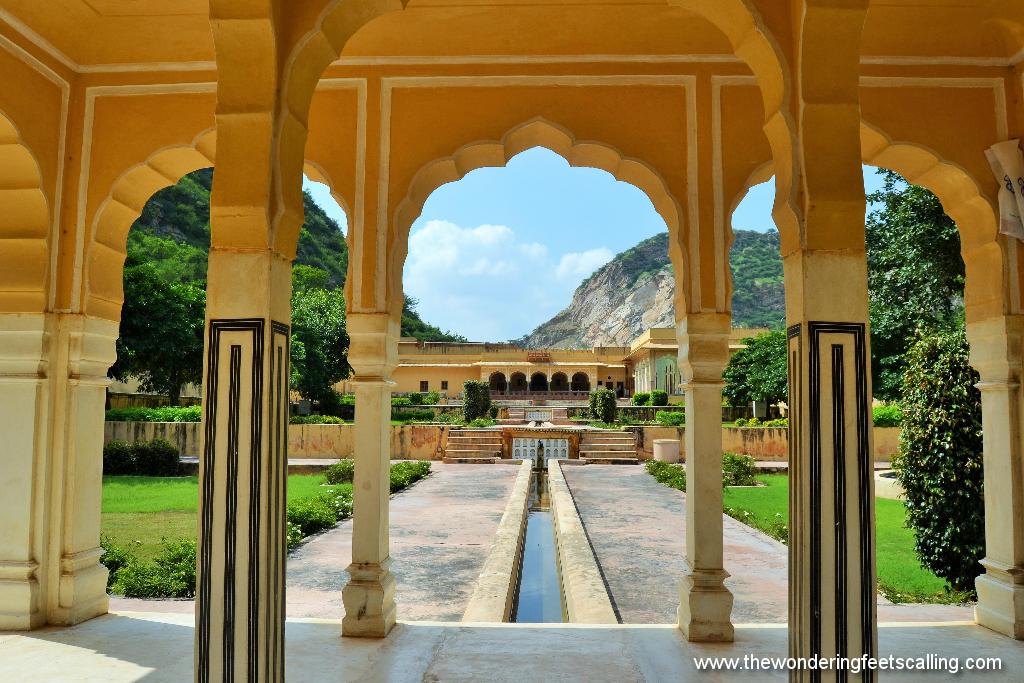 Vidyadhar Bagh was built  in honor of Vidyadhar Bhattacharya, the architect of the Pink City. Bordered with green rocky hills, this huge picturesque garden is the highlight of our first day. It has beautiful fountains, terraced gardens and pavilions. We stayed longer in here just listening to the sound of silence and watching a few people doing their chores. The garden offered a homey feeling that the busy streets of Jaipur has taken. 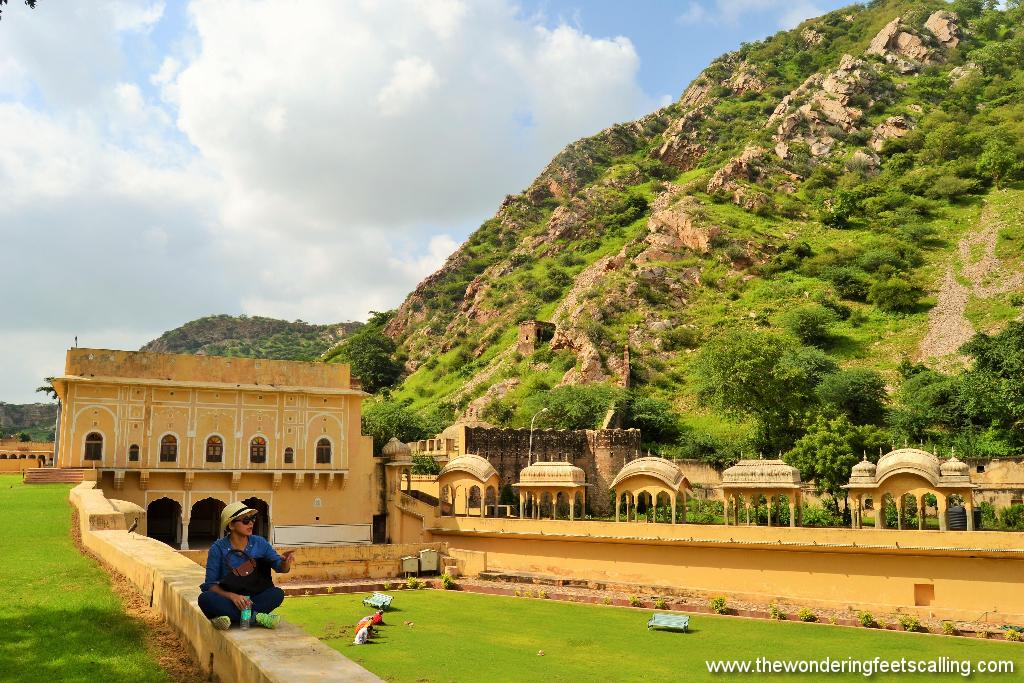 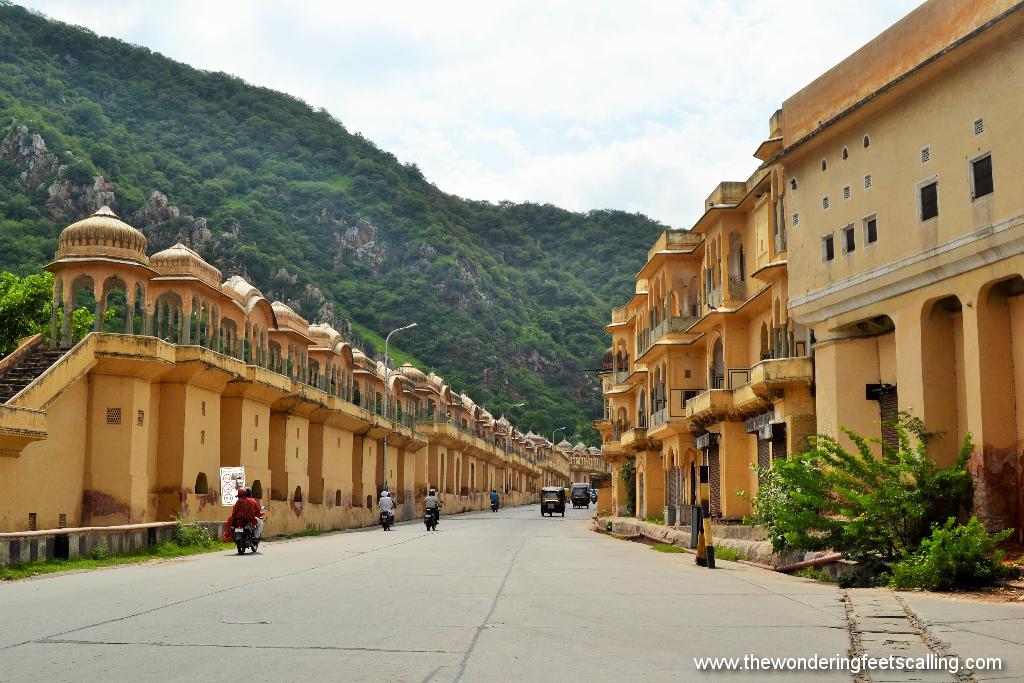 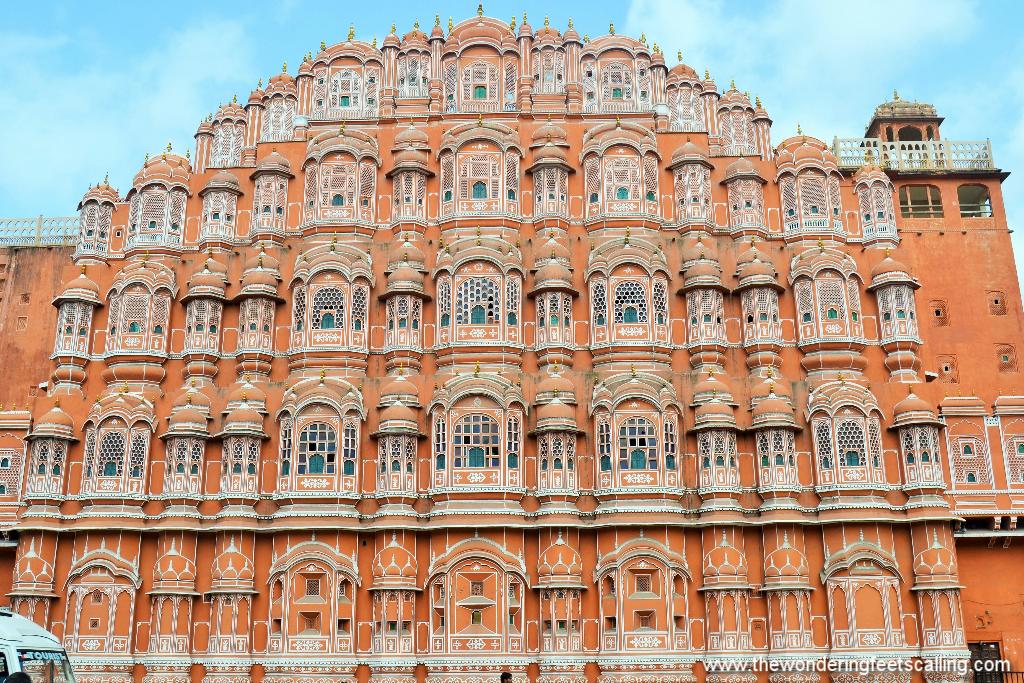 Hawa Mahal is also called the Palace of the Winds because of the 953 honeycomb alike windows on the high screen wall façade that gives way for the air to pass. In the same window, the royal ladies positioned themselves to watch the festivities and procession along the street of the city without being seen from the outside.

Built in 1799 by Maharaja Sawai Pratap Singh, this 5 story stunning palace which is made of red and pink sandstone has become the legendary icon of Jaipur. We were here on our first day and we came back again on the second day to give ourselves an undivided time to admire the grandeur of the palace. 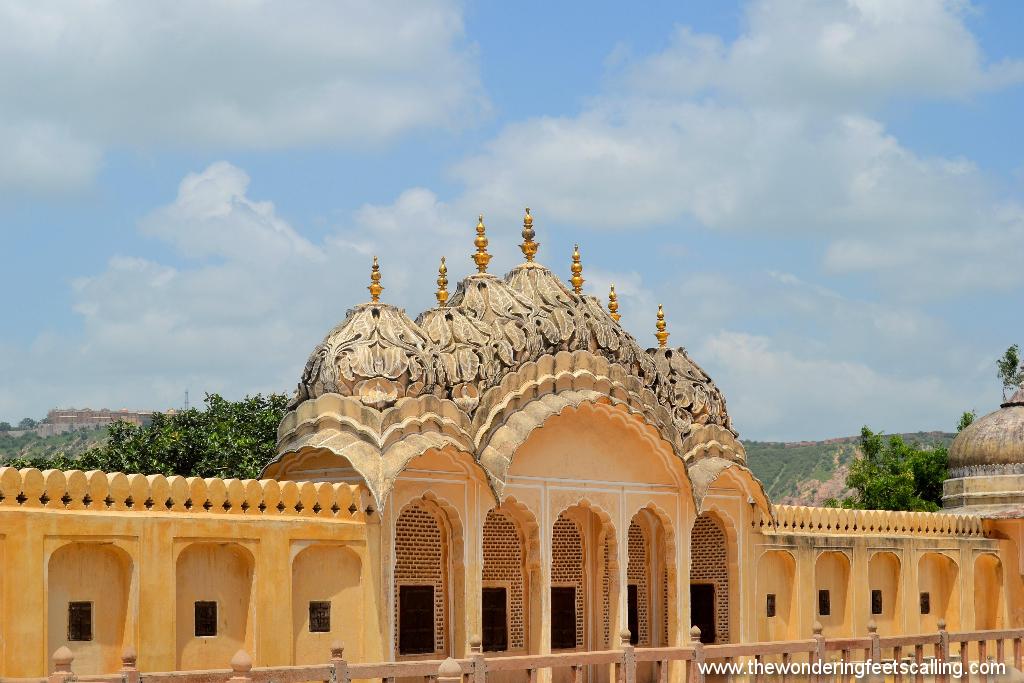 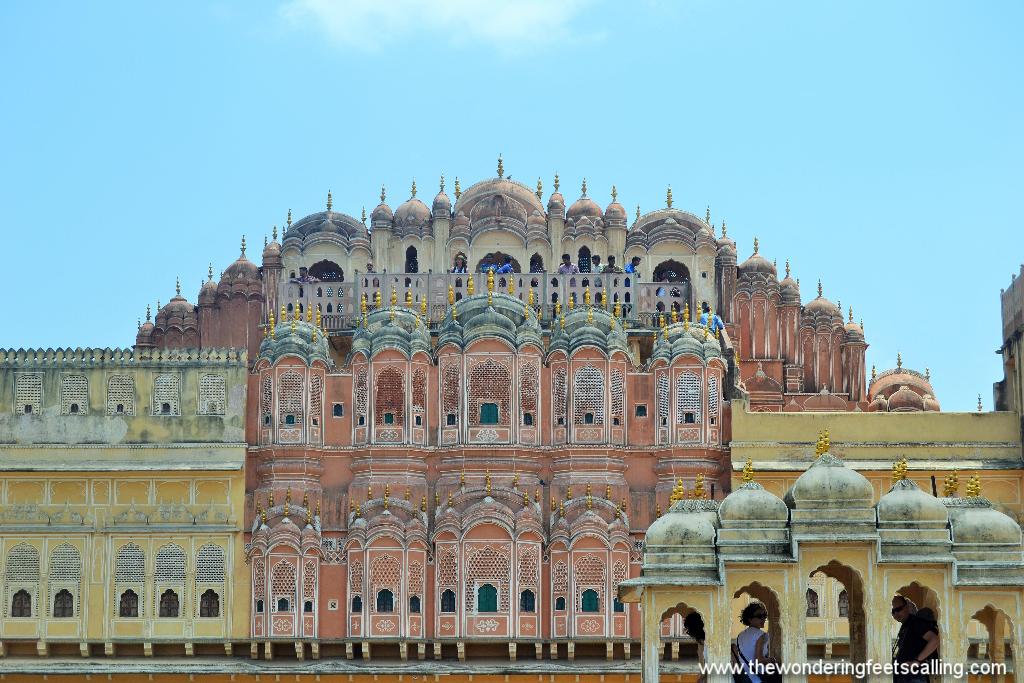 On the opposite side of the Hawa Mahal, you will find a line up of shops selling different kinds of souvenirs. We had a good chit chat with this guy named Nithin and he offered us to go up on that building in order to see the Hawa from a higher place. Knowing that it was a residential place, we felt so much privileged to be given such offer without a cost. Thanks Nithin! 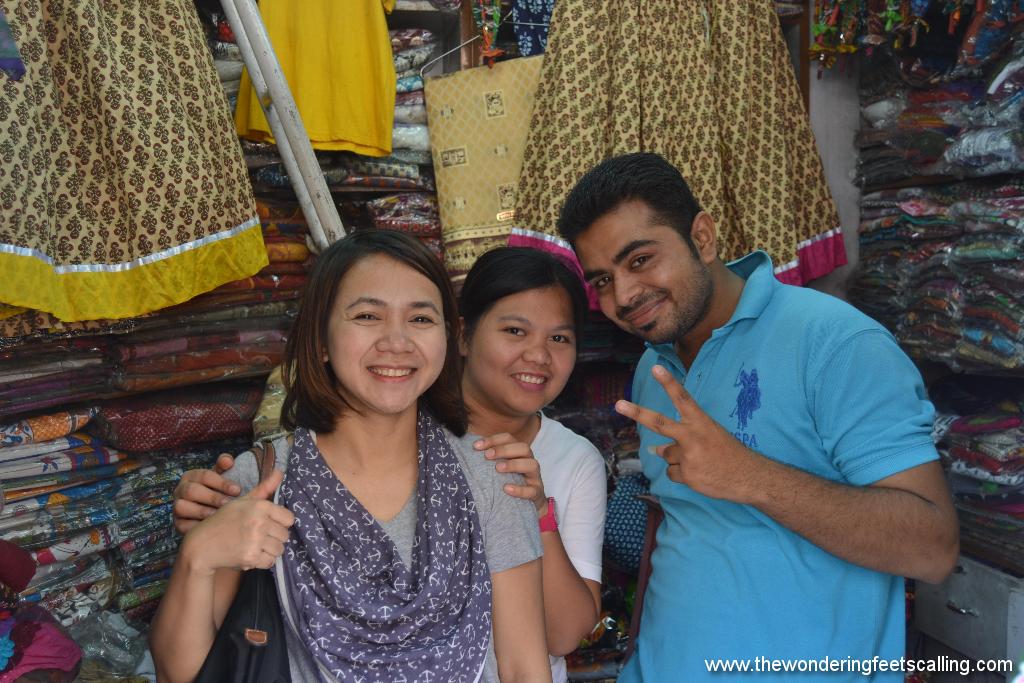 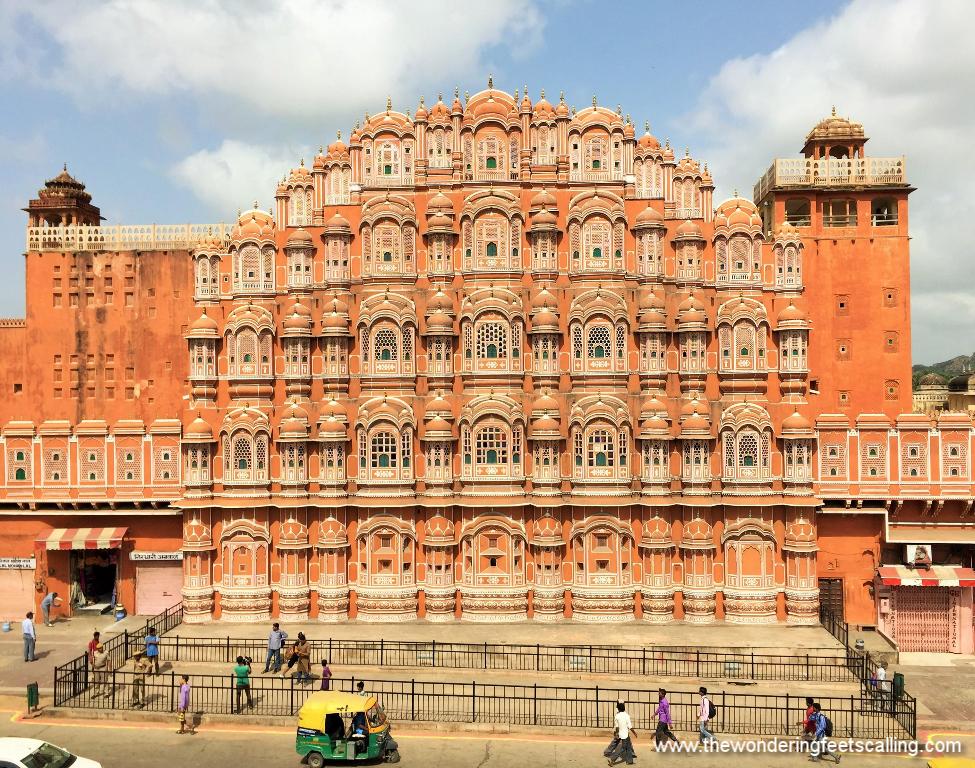 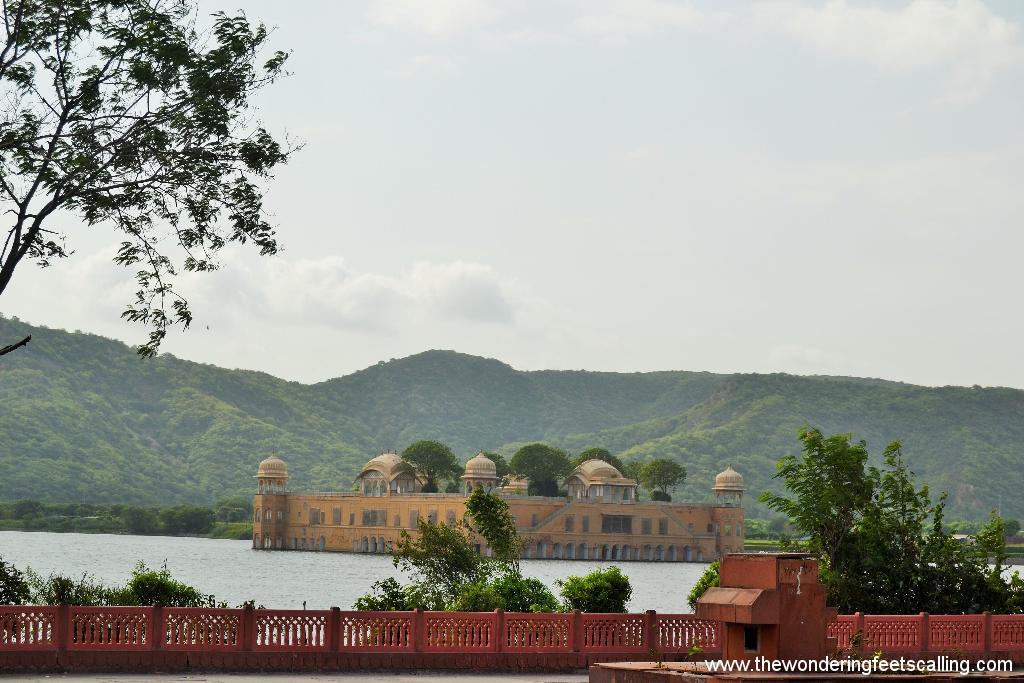 Jal Mahal which means Water Palace was built in 1750 by Maharaja Madho Singh but never intended to function as a palace. This symmetrical palace that seemingly floats while being surrounded by the waters of Sagar Lake looks like a single story only, but unknown to the many, this palace has 4 more submerged levels. Unfortunately, this is not open to public and can only be witnessed from afar. Of course, everyone will notice the green Aravalli hills that back dropped and added magnificence to the Palace and the lake. 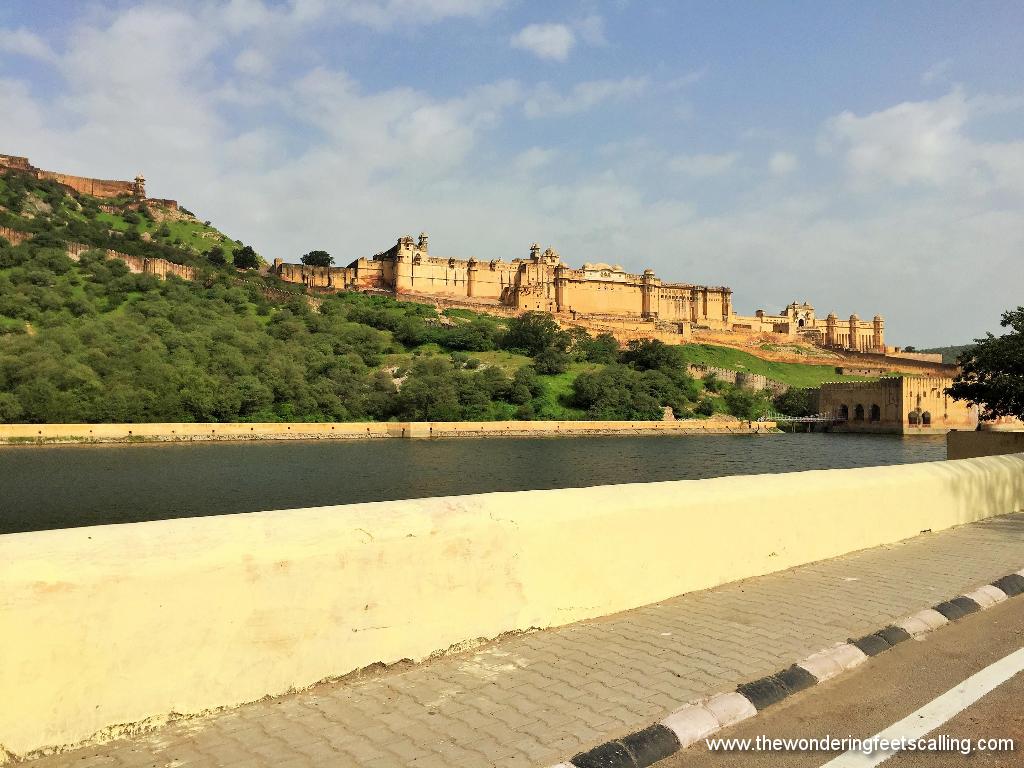 Prime Ministers from different states of India visited Jaipur that day. When we reached the Amber Fort, a policeman stopped us and informed us that it was closed for visitors that day as the Prime Ministers will be accommodated and will stay at the Amber Fort for the whole day.

It was a no chance and unfortunate situation! Nahar Garh Fort was also closed for the day. So we spent our morning, roaming around the streets of Jaipur and observing locals. We went back to our hotel and checked out, took our lunch and travelled to Agra by train in the afternoon.

The heritage city of Jaipur including its sites brings the legacy and banner of victory that is inherited by its people. The endowed richness of the city as much as culture is concerned has fascinated the world in various ways. Its vibrant hues kept their noble beginnings and traditions alive up to these days.  Having the opportunity to glimpse the fascinating colors that glazed the city is truly a delight!

What Spiced Up our Stay in the City of Spices, Calicut?