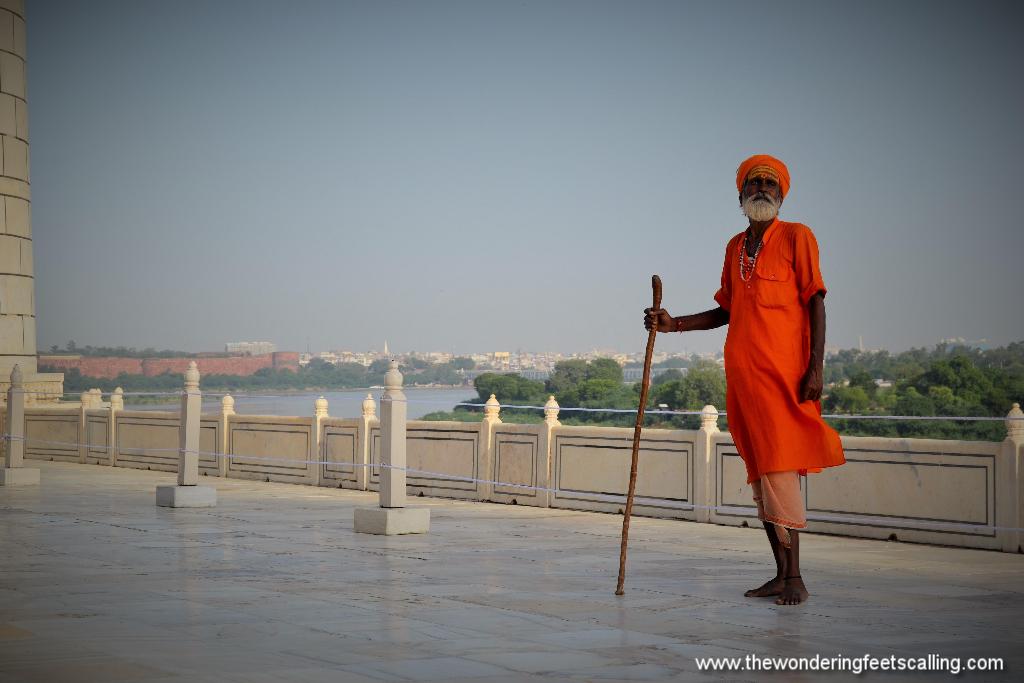 Agra, famed as the City of Love because it homed the mystic Taj Mahal is a city that lies on the banks of River Yamuna, located in the northern state of Uttar Pradesh. It is situated at the south of Delhi and can be reached by train or car. In our case, we took the train from Jaipur and reached Agra past 19:00. The train station was still very crowded by then and we were surrounded with so many rickshaw drivers upon exiting the station. To avoid the crowd, we decided to purchase our train ticket ahead to Delhi before going to our hotel. 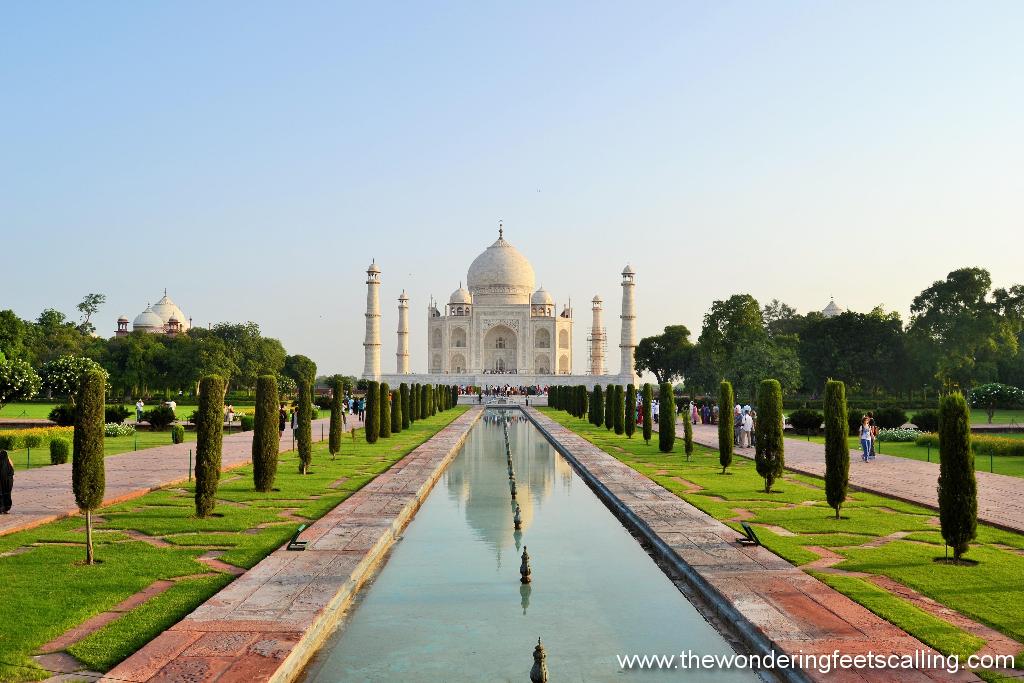 The next morning, we woke up so early to catch the sunrise at the famous Taj Mahal, the epitome of love and the trade mark of Agra. Declared as one of the seven wonders of the world on July 07, 2007, the white marbled and semi precious stones inlaid mausoleum was commissioned by the grieving Mughal Emperor Shah Jahan as the tomb of his favorite wife, Mumtaz Mahal, a Persian princess who died after delivering their 14th child. It was built starting 1632 and the construction continued for the next two decades with more than 20,000 workers and 1000 elephants. 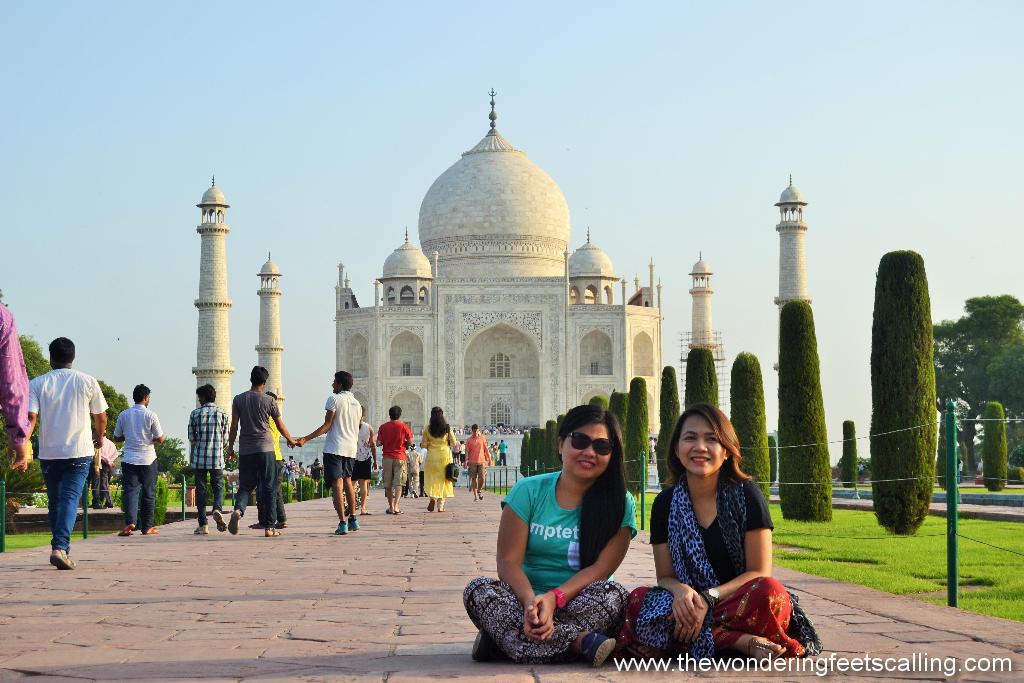 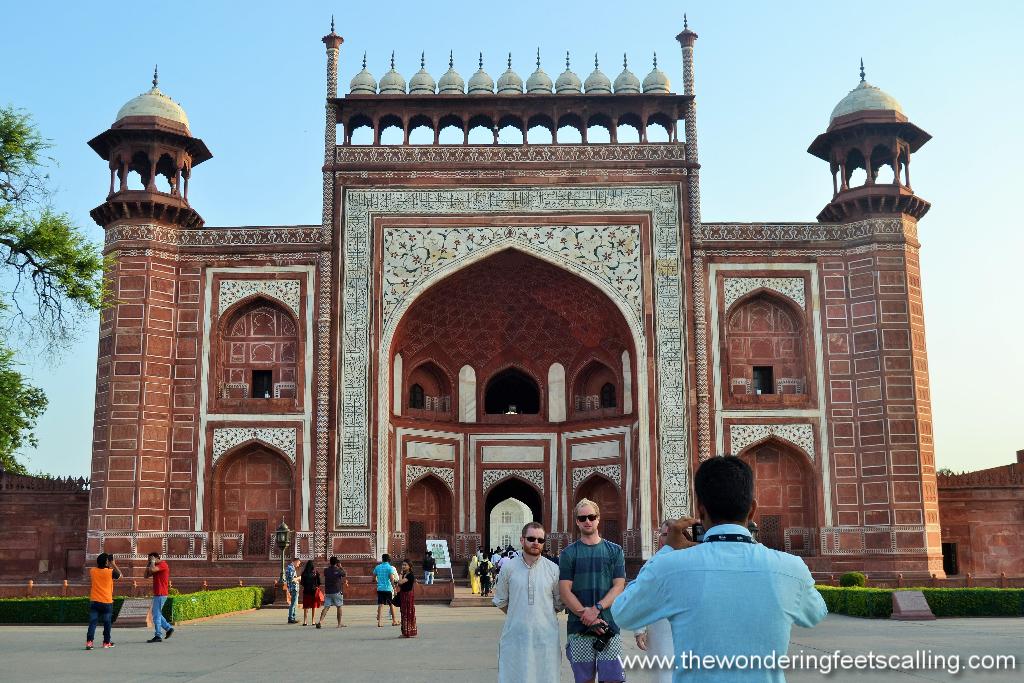 Taj Mahal’s gateway is made of red sandstone. Upon entering, you will be welcomed by a square garden with a long pool of water. The  mausoleum’s central dome is 240 feet in height and surrounded by four smaller domes and cornered with four  pillars at the side. Inside, you will find the cenotaph, the false tomb of Mumtaz Mahal. The real stone coffin containing her actual remains lay below. 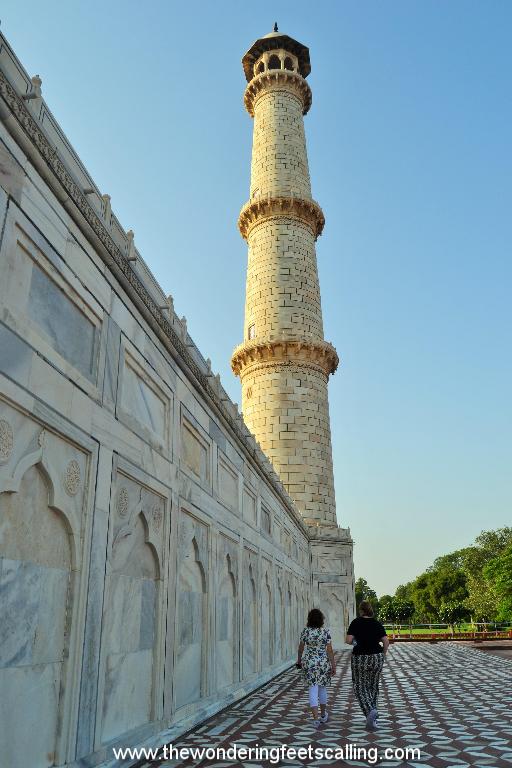 Inscribed Arabic Calligraphy is present in the arch entrances of Taj Mahal. It is believed that Shah Jahan cut off the hands of the architect, including his workers after the completion of Taj Mahal to ensure that they will not build another structure of this kind. 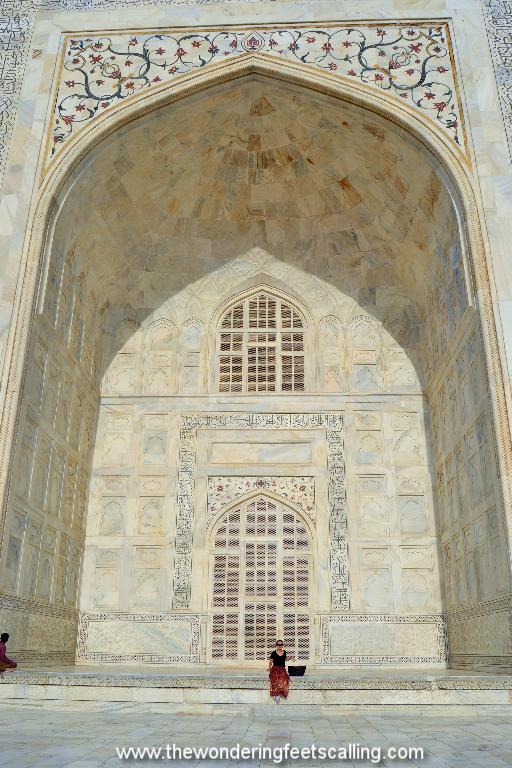 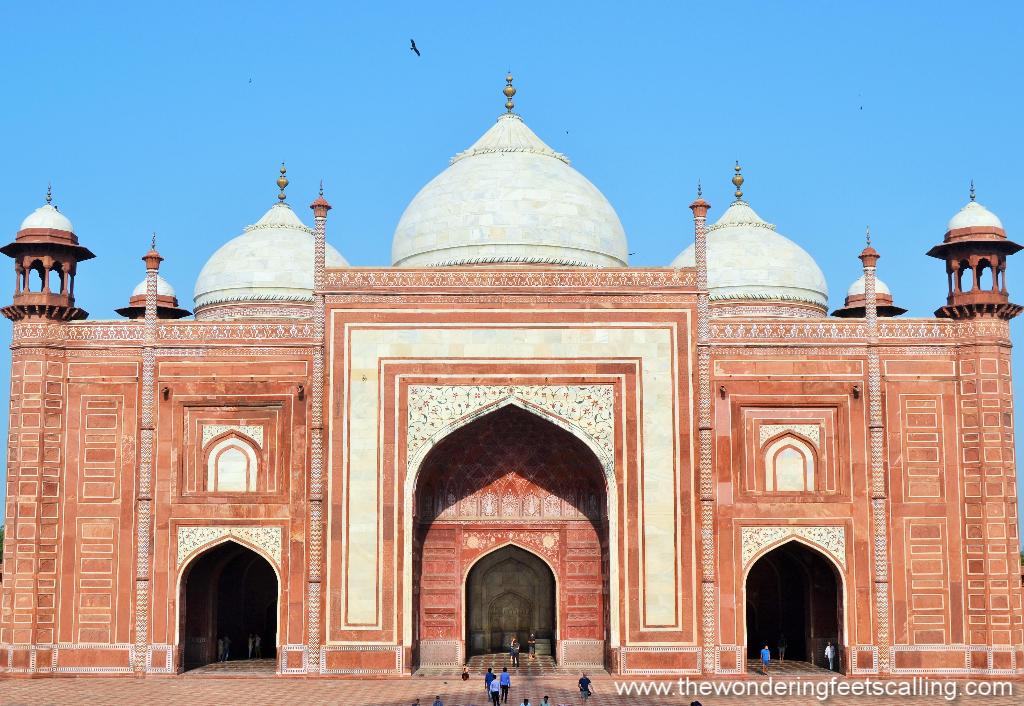 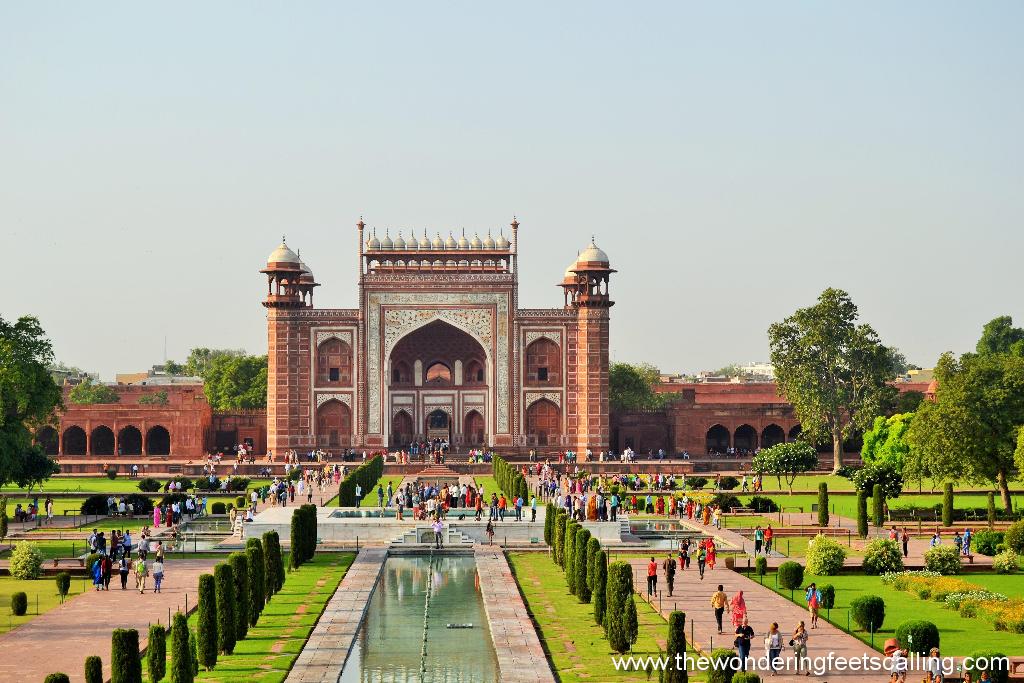 As observed, Agra is polluted and dusty. In order to preserve the whiteness of the Taj Mahal’s marble, they prohibit vehicles running with diesel and petrol  from entering the vicinity.

Our next stop is Agra’s Red Fort, located 5 minutes away from Taj Mahal. 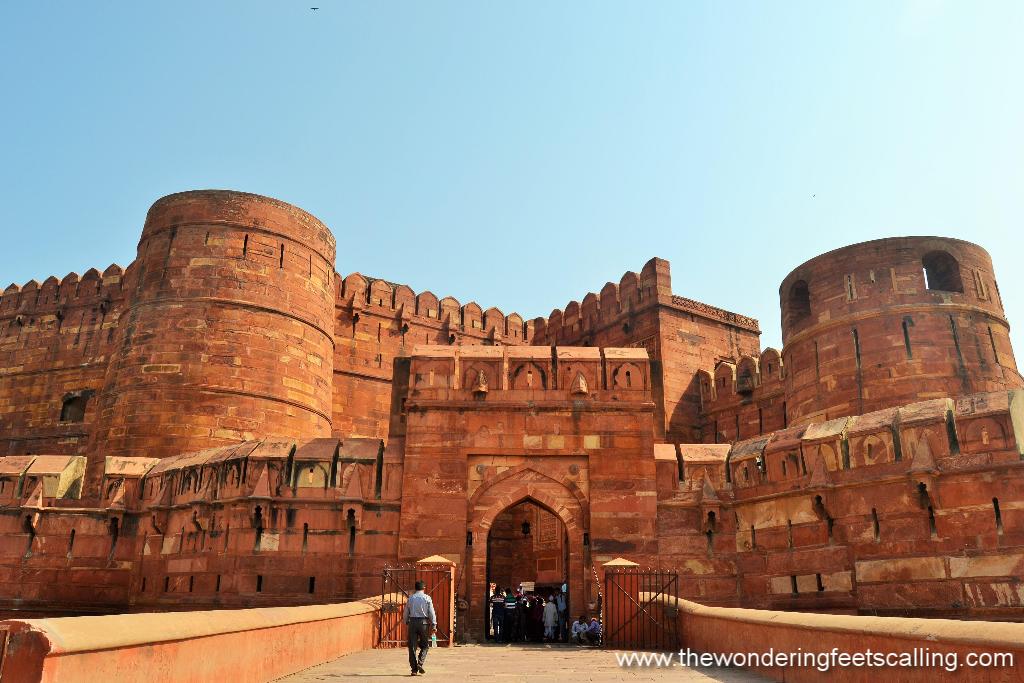 Constructed using bricks  and red sandstone from Rajasthan, this walled fort symbolizes power and the Mughals’ architectural brilliance. Agra Fort is a UNESCO World Heritage Site built by Akbar and was completed in eight years with 4000 workers working daily. It is considered the most important fort in India because the country was previously governed from here. Hence, all the greatest Mughals lived here. 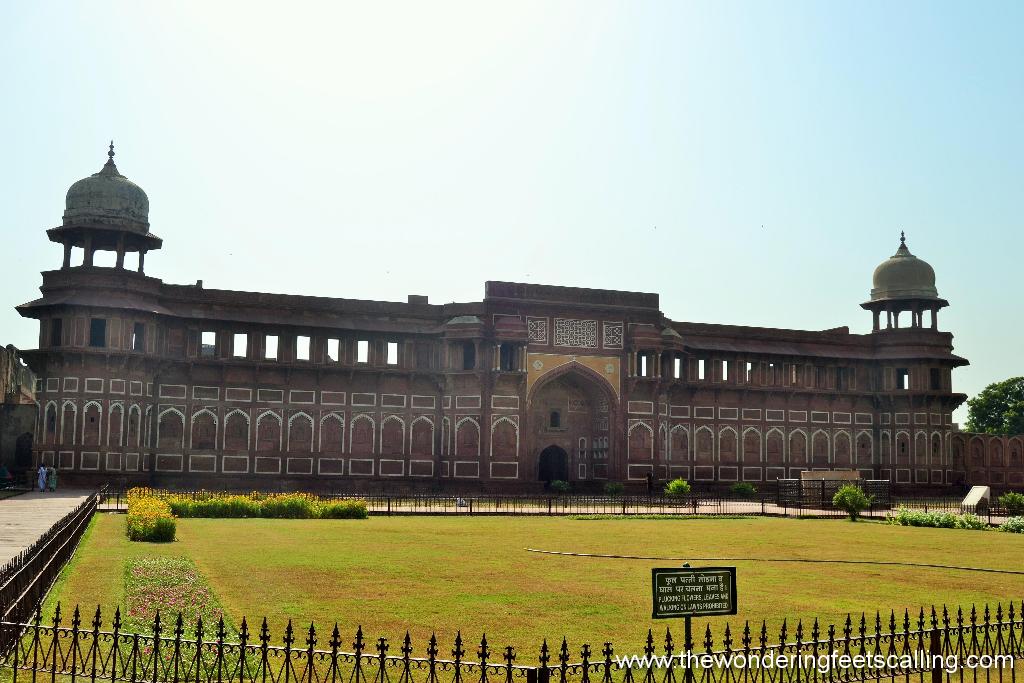 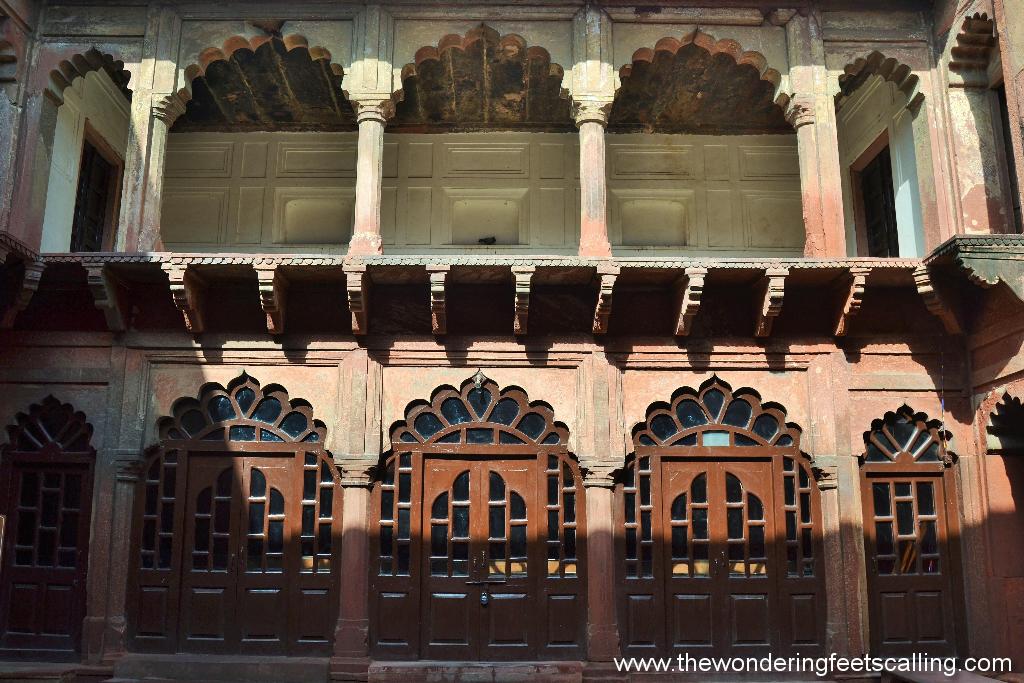 The fort is also located on the river bank of Yamuna. From here, you can have a glimpse of Taj Mahal and the longest tributary river of the Ganges. This octagonal tower is called Musamman Burj, built by Shah Jahan for his wife Mumtaz Mahal. It is believed that Shah Jahan was imprisoned by his son in this fort and spent his time overlooking Taj Mahal until he died. 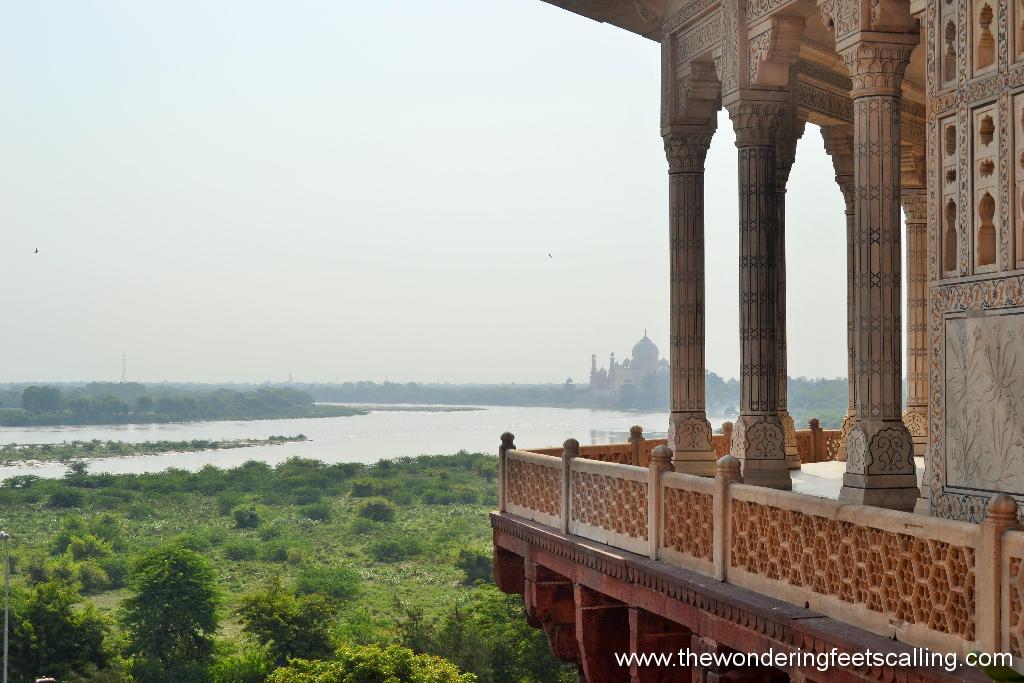 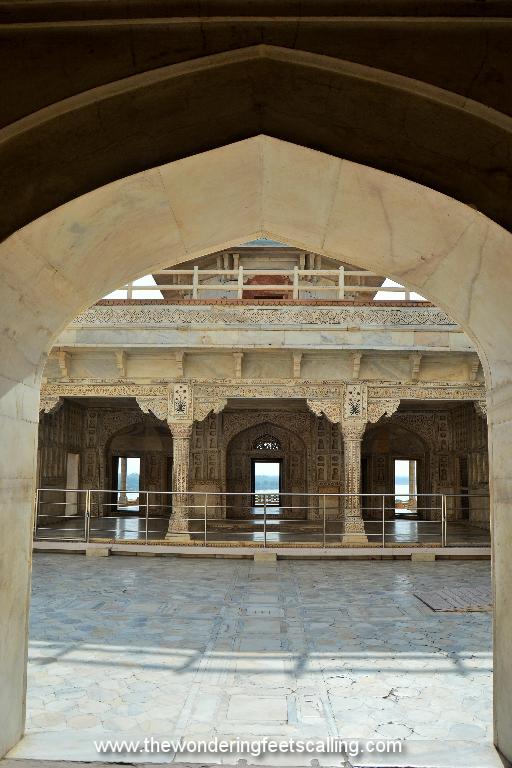 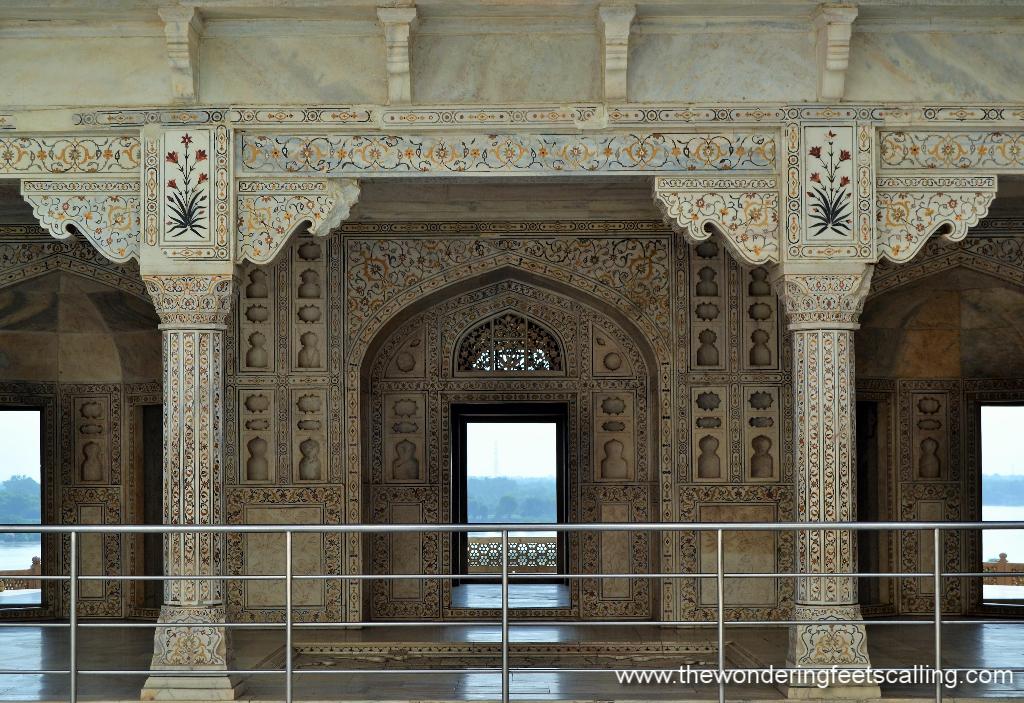 The interior of  Musamman Burj is impressive beyond reason. The intricate carvings on the delicate marble walls, niche and post are decorated with pietra dura. Every detail is lovely and stunningly remarkable! 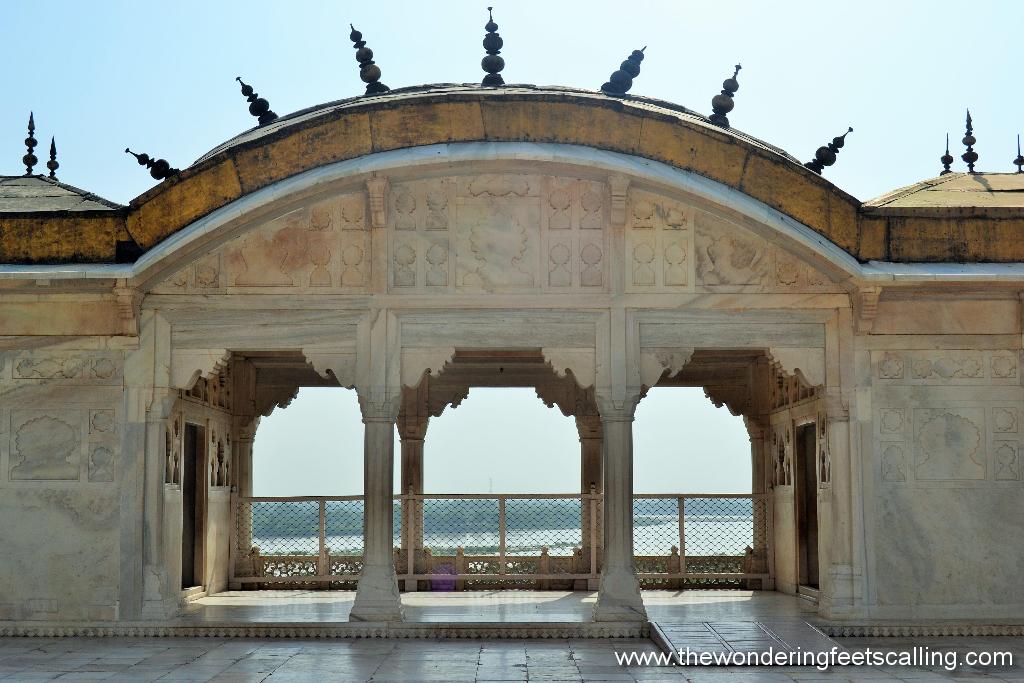 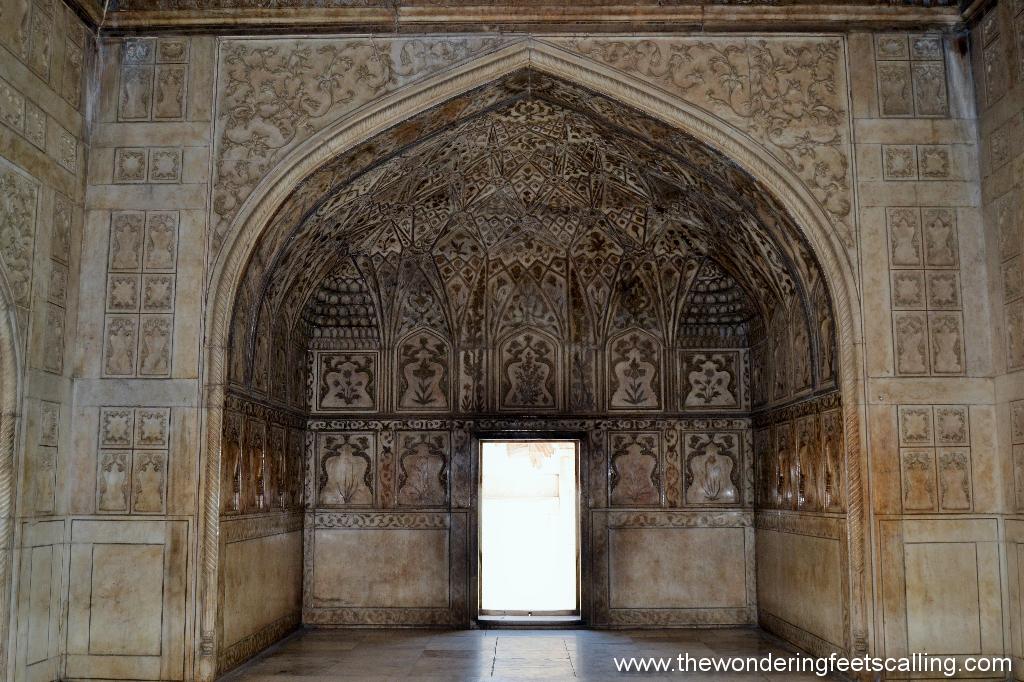 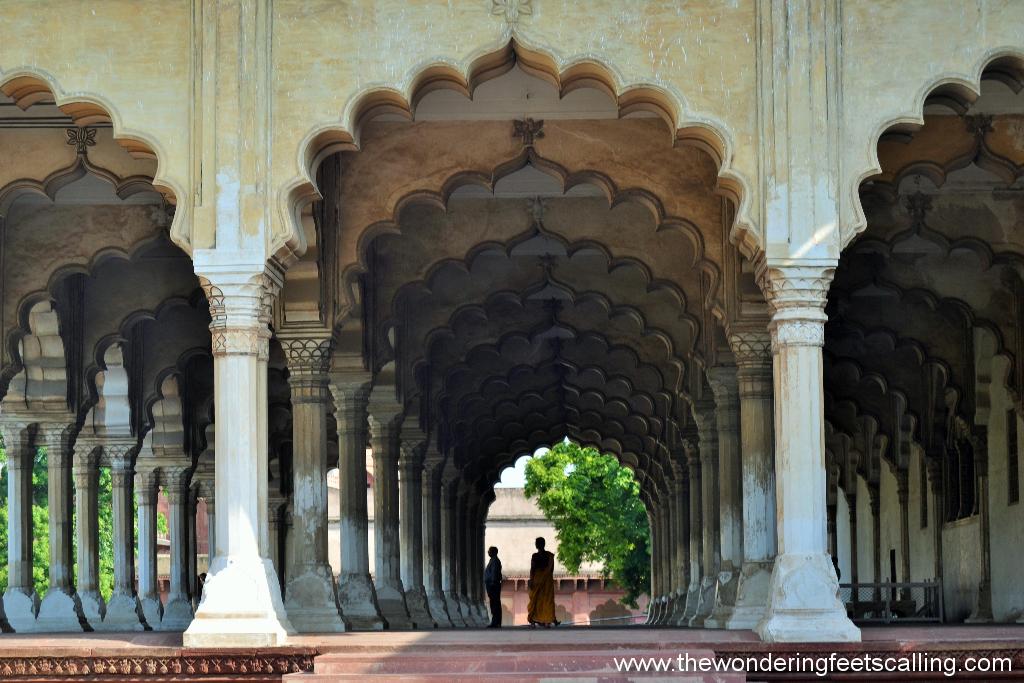 This is the hall of public audience where the emperor addressed its people. 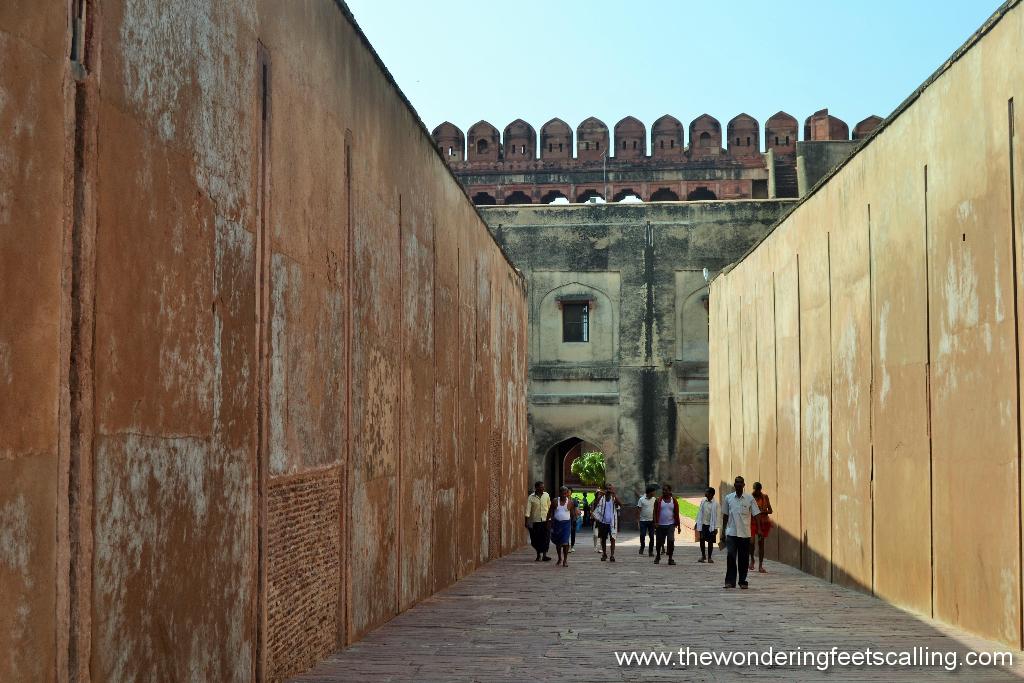 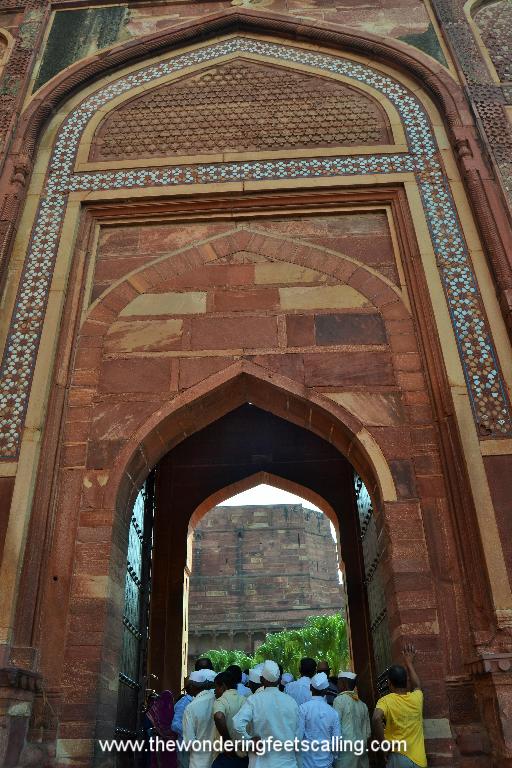 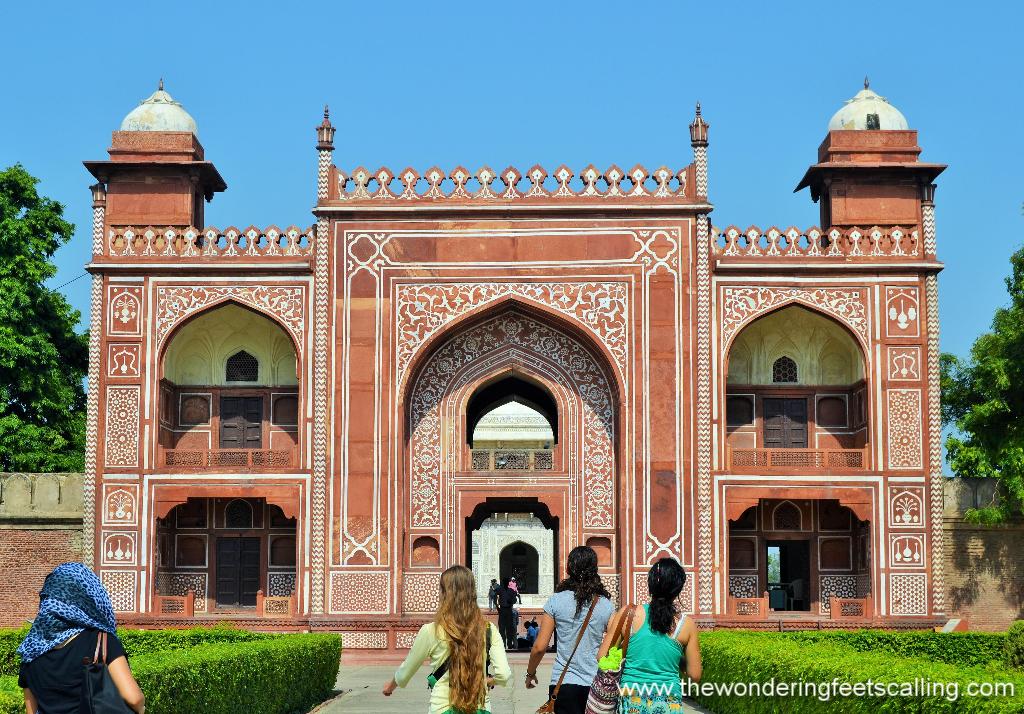 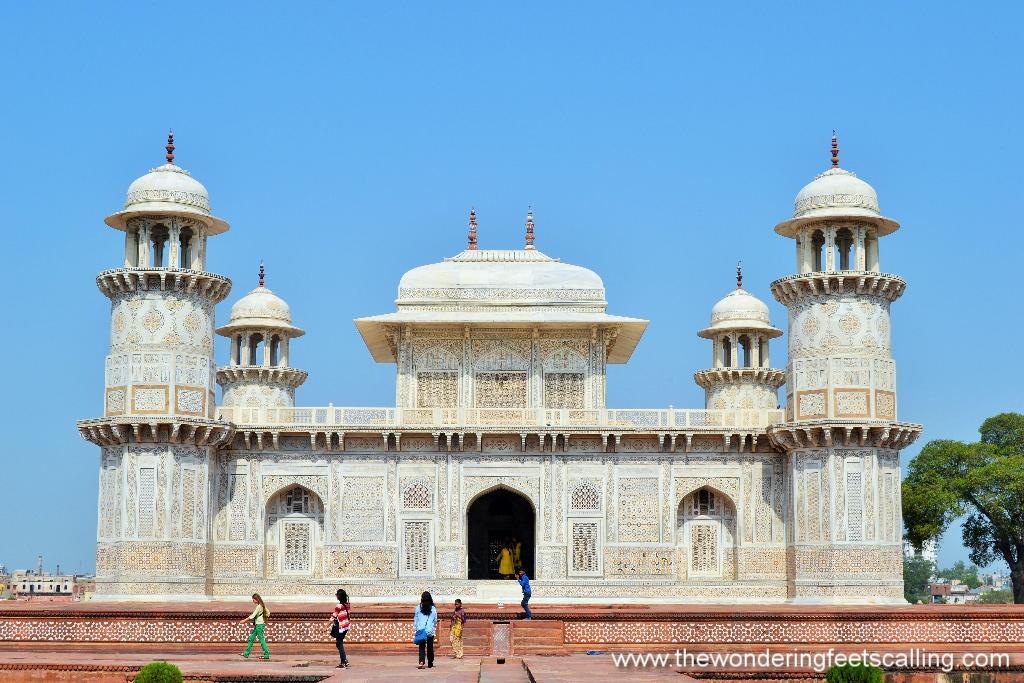 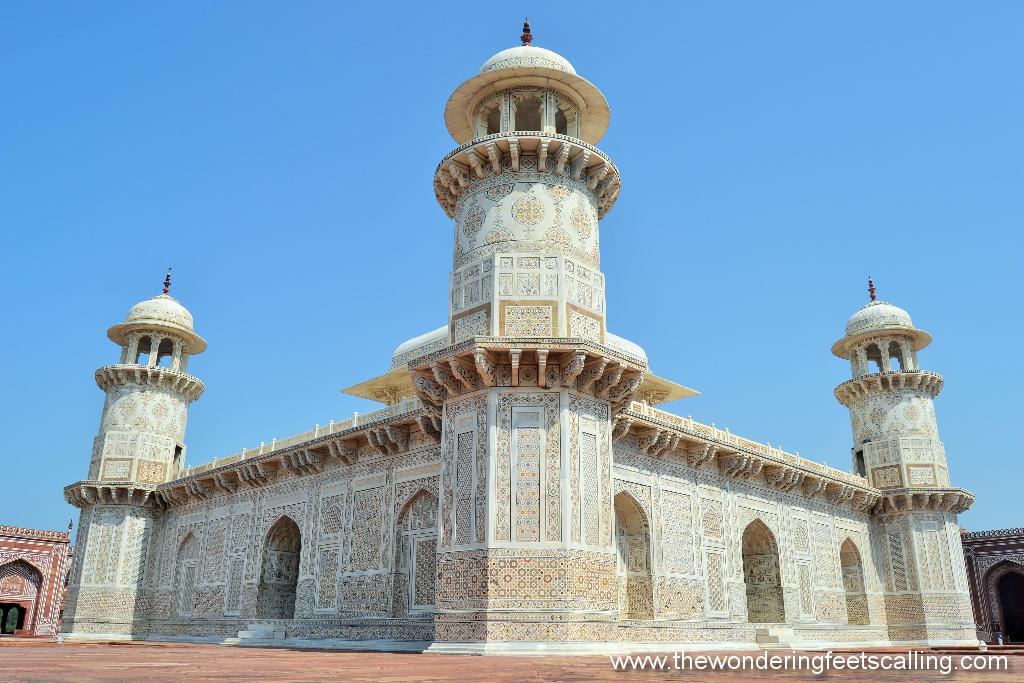 The mausoleum only is twenty-three meters square. Like Taj Mahal, it also has minarets at each corner. Baby Taj has 13 meters tall hexagonal towers. Its walls are purely marble with semi precious stones encrusted on it. Its ceiling is amazingly beautiful. 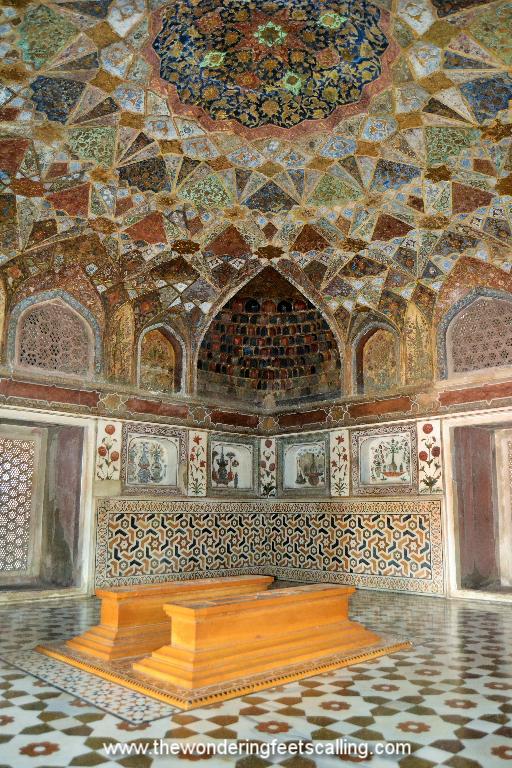 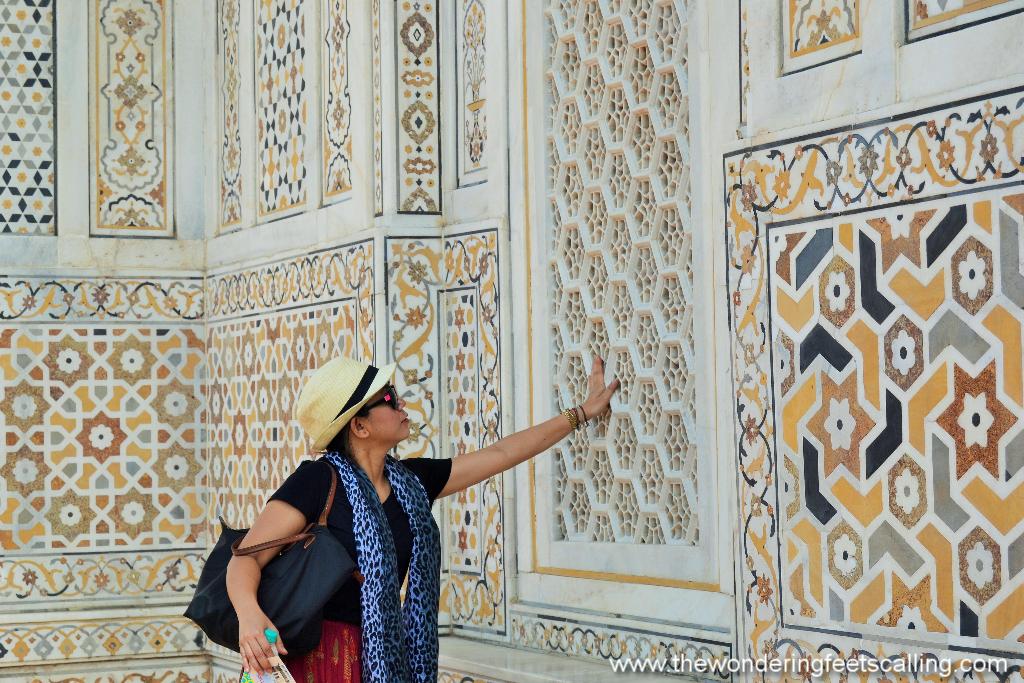 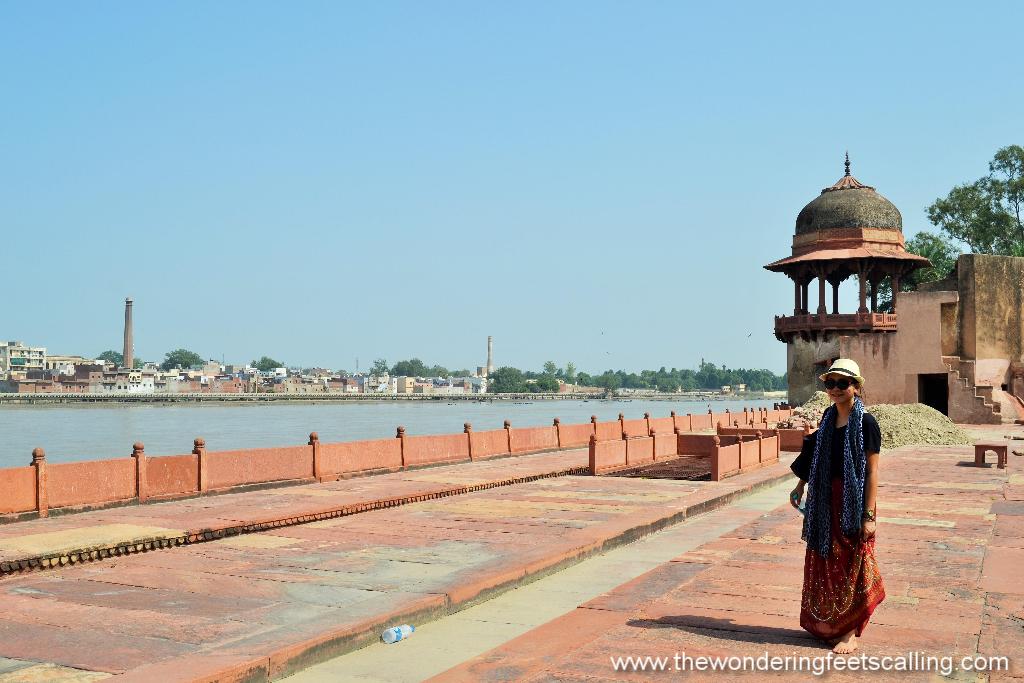 From this side, you can get an overlook of the Yamuna river.

Our last stop of the day is Akbar’s Tomb. Like the other tombs, it also has four pillars situated in each corner. It was built from 1605-1613 and is located in Sikandra, a suburb in Agra and about 8 kilometers away from the city center. 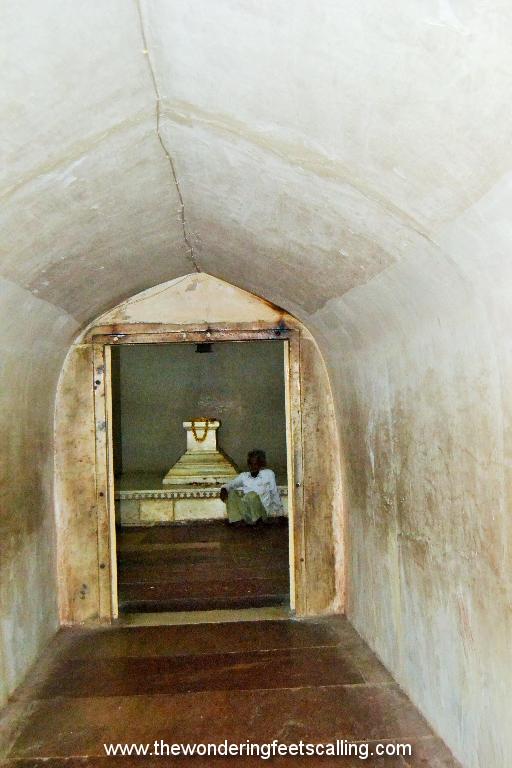 According to history, the Mughal Emperor Akbar the great commence the construction of this tomb. He planned it purposely for his own tomb ,including the selection of the location. This place previously possessed gold, silver and carpets but was ransacked, plundered, looted and burned during the time of Aurangzeb Alamgir. 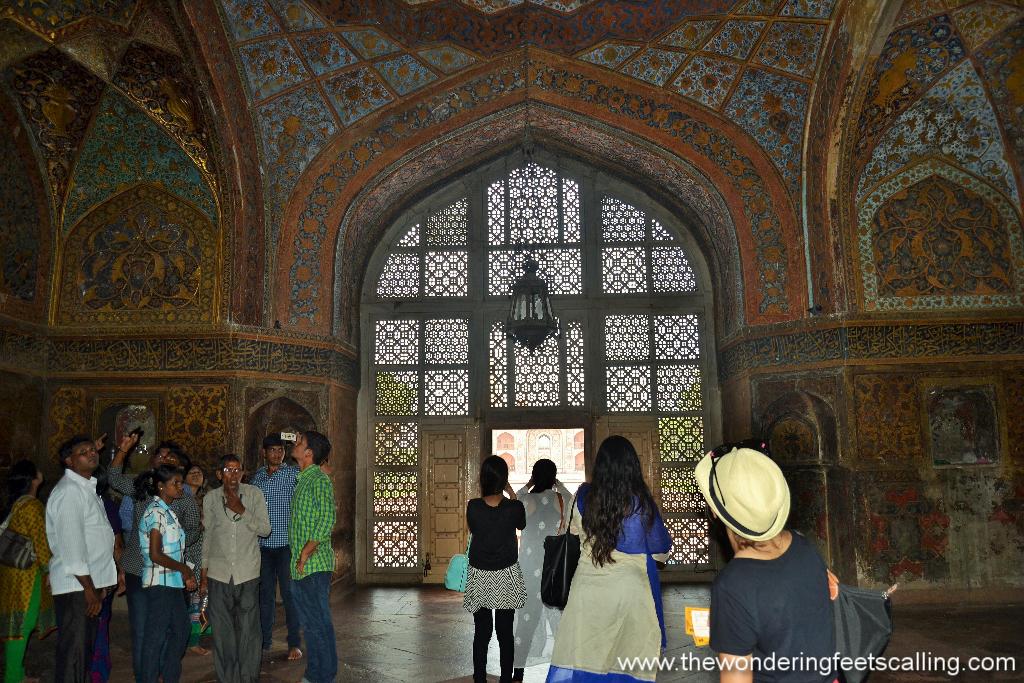 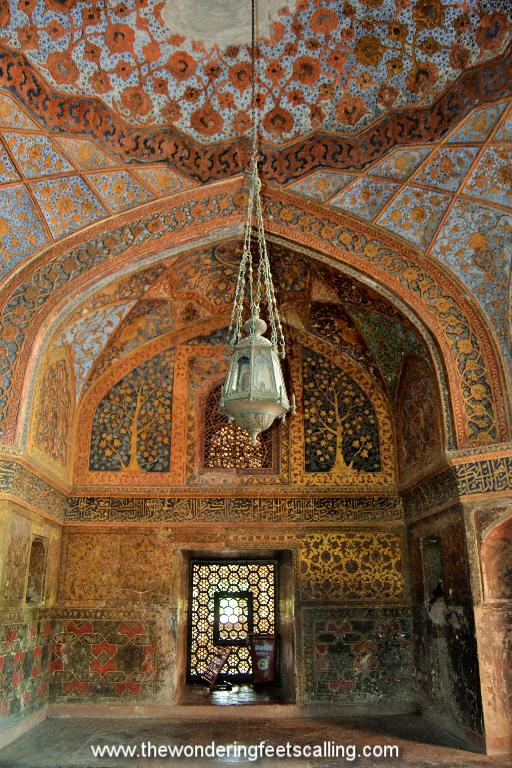 The entrance to the chamber is my favorite. It is classic. It looked old and not as grand as the other tombs, but this part possesses a sheer of beauty to behold. 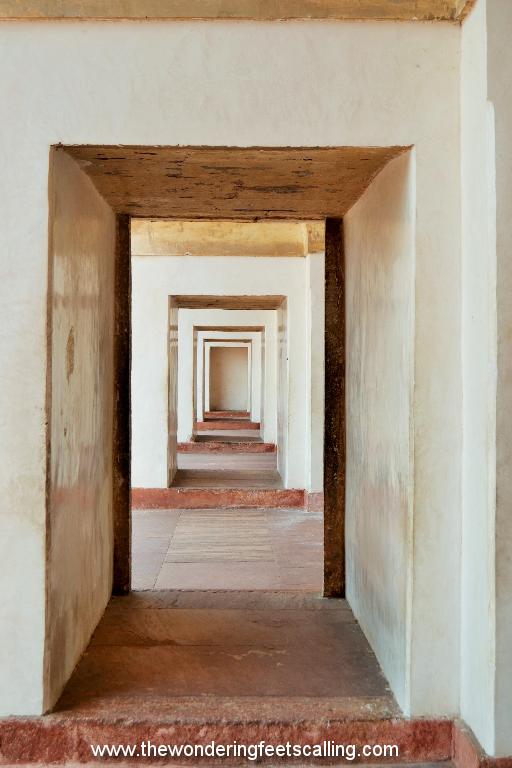 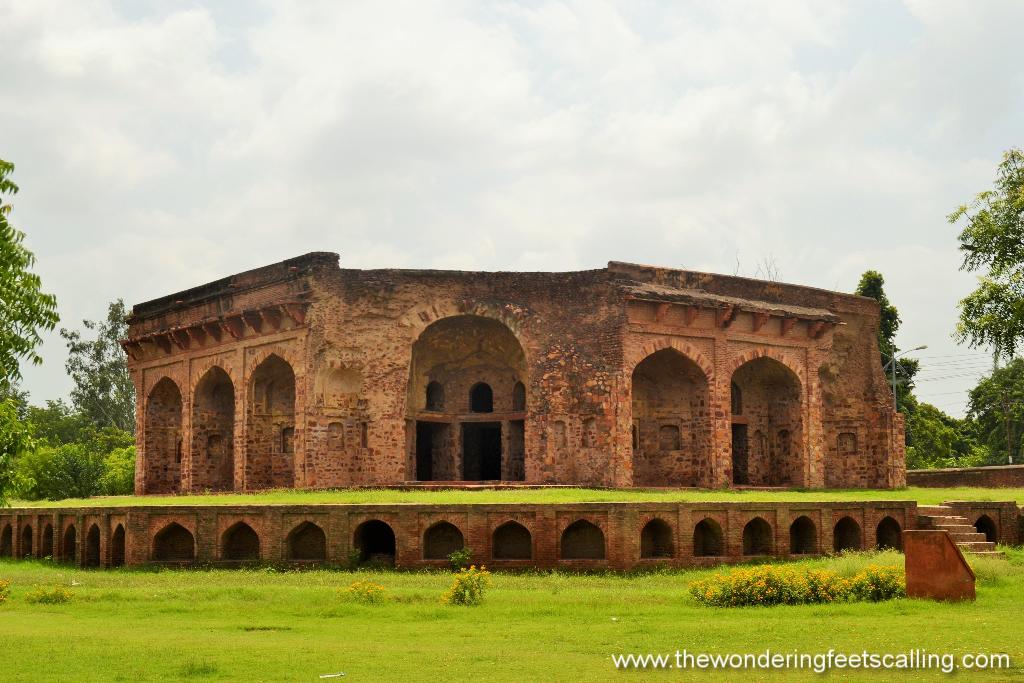 Agra can also be considered the land of elaborately adorned tombs that could depict so much of India’s architecture and history. Every building and its part speak so much of the heritage that they exceptionally preserved until now.

Note: Agra also has a composite ticket which is valid for 5 locations for the same day. Many foreigners were complaining because the composite ticket which we purchased at Taj Mahal only gave us an exemption on the Pathkar Fee. That would mean that we still have to pay for the admission fee at the entrance gates. That was strange but it was not informed to all the foreigners who purchased their ticket at Taj Mahal.