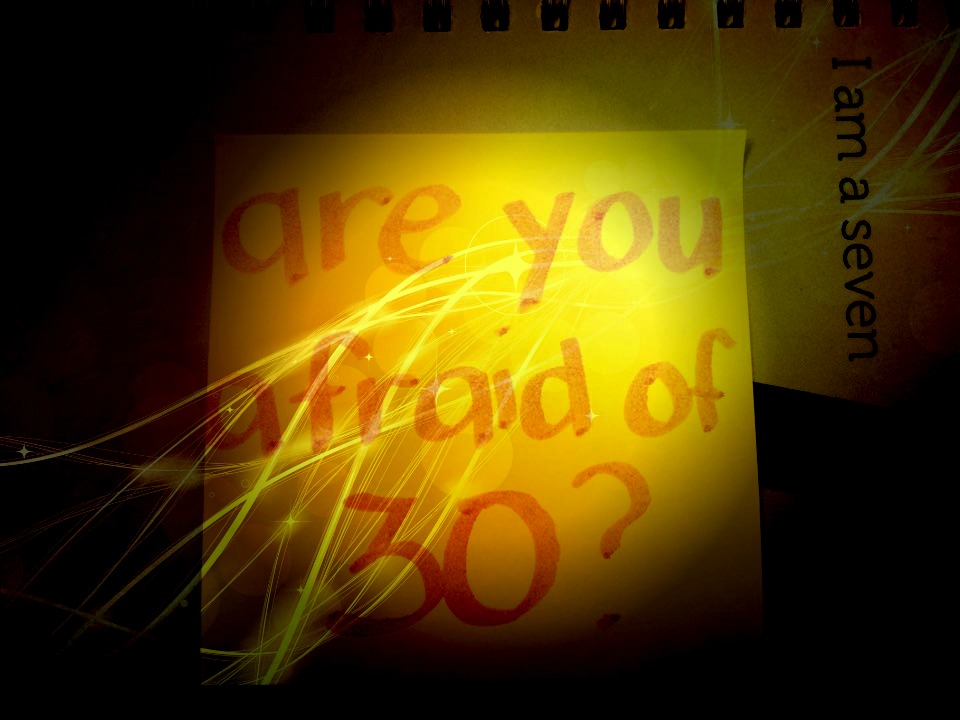 The world has always something to say when they knew a woman who has reached the dreaded 30 or more and yet remained unmarried. All the more, most will react when they additionally come to know that you aren’t in a relationship. Common stereotype has affected some of the women who are in the same situation, causing them to panic, get depressed, reduced their confidence level, and eventually grab whoever that comes their way.

My 30th has brought me to the very center of God’s will. This is the time when I heard him louder and clearer than ever before. This is the time when God intentionally shifts things for my own good and directs me in the direction that only Him leads. Where was I for the last 29 years? On the verge of every breakthrough that God had excitedly been waiting to outpour upon me. I used to think that my life was completely surrendered to Him until one day, God spoke to me and He revealed the part which is not yet surrendered. Little did I know, that was the last thing that I withhold away from God, though I actually thought it was given to him for His approval. My relationship is one of the biggest things that I offered to God for I know deep within me that I really wanted to have the man that God has prepared for me. At times when we are so focused on the things of this world and on the things that we wanted to see on our situation, we limit God to unfold His plans. We prayed for His divine intervention and we asked His will to happen, but unconsciously, we are having our own preconceived set of ideas on what we wanted to see in our situation, causing us to focus on what we want rather than what God wants. It is like saying ” Jesus take the wheel” but at the same time giving him the complete map routed to the destination that we want to reach. It is like claiming our lives to be ours alone, forgetting the one who has given and owns it from the very beginning. Are we not just too “self- reliant” to take hold of the possession that is not really ours? Oftentimes, we rely on our own selves rather than completely relying on God. Eventually, God ended my almost-6year- relationship. Regardless of how painful that was, His grace is always sufficient and He ended it in His time in due measure. The Bible says “Though the sorrow may last for a night, but joy comes in the morning”. The joy that the Lord has been giving is insurmountable and His presence in my life has always been rewarding and heart-filling.

At 30, I have learned 3 things over relationships.

1. God’s approval should be asked before entering the relationship, not when you are already in the relationship. (See, the former things have taken place, and new things I declare; before they spring into being I announce them to you. – Isaiah 42:9)

2. When you seek God in your situation, empty yourself with all the ” I want” so that He can fill you with all the “He wants”. (You make known to me the path of life; you will fill me with joy in your presence, with eternal pleasures at your right hand. Psalm 16:11)

3. Be secured and assured that God is in control over you and the things that matter to you including your marriage. God has preserved you until now, be certain that human as we are, we always want to save the best for last, what more God? Aren’t you glad that God is saving you for His best? The book of Isaiah says “None of these will be missing, not one will lack her mate. For it is his mouth that has given the order, and his spirit will gather them together.” (Isaiah 34:16).

There is nothing wrong in reaching 30 single, just make sure you are joyful. The pressure that you unnecessarily embrace in reaching 30 often lead you to wrong decisions, wrong guy and wrong marriage. Only God can fill the loneliness and emptiness of the human heart, no one else can ever satisfy. My 30th is my beginning and I have always been so excited to uncover what God has in store. I’m imagining how big are His gifts and how likely will I finish unwrapping them all. We need to be reminded that if we are thrilled to receive from God, He is more than thrilled to give.

For those who are as well “30-ish”, I encourage you to be bold and remove the spirit of uncertainty in your life. Take hold with the promise that God has instill in your hearts. Greater things are yet to be done. Bask in God’s presence and allow yourself to be surprised by God. 2015 is your year too 🙂

Nothing is wasted, it’s orchestrated

When the Waiting is Whining

Nothing is wasted, it’s orchestrated