The famous village on Tonle Sap Lake, also known as the Floating Village is situated in Siem Reap, Cambodia. The lake is connected to the Tonle Sap River, which converges the huge Mekong River in Phnom Penh. The village is inhabited by Cambodians (Buddhists), Vietnamese (Christians) and Muslims from no particular country which is quite strange.  From the name itself, all houses in here float and they had managed to put bamboos or drums under their houses to keep the houses float on high or low tide. All houses can be moved everywhere. All villagers are fishermen and the river is their main source of food and income.
As of 2012, there were only three catholic churches in all of Siem Reap (there might be changes in numbers now)  and the floating church in this village is one of those.
Some children here are abandoned by parents who tried to get another source of income out from the river and unfortunately never came back, other parents go for fishing and maybe met an accident and were not able to come back.
Some kids in the village are sent to school along with the orphans. The school is an orphanage at the same time, so parentless children are housed here. The orphanage is not a  government based and is just run by the villagers  themselves trying to help each other. The teacher collects food or money (1 dollar or less) everyday to sustain the food of those who don’t have families. The students are of various age group but are all in the same grade level.
Some tourists are trying to help out and bring food in the school for the poor kids. If you purchase from here, 30% of the total purchase amount will be given to the orphanage. 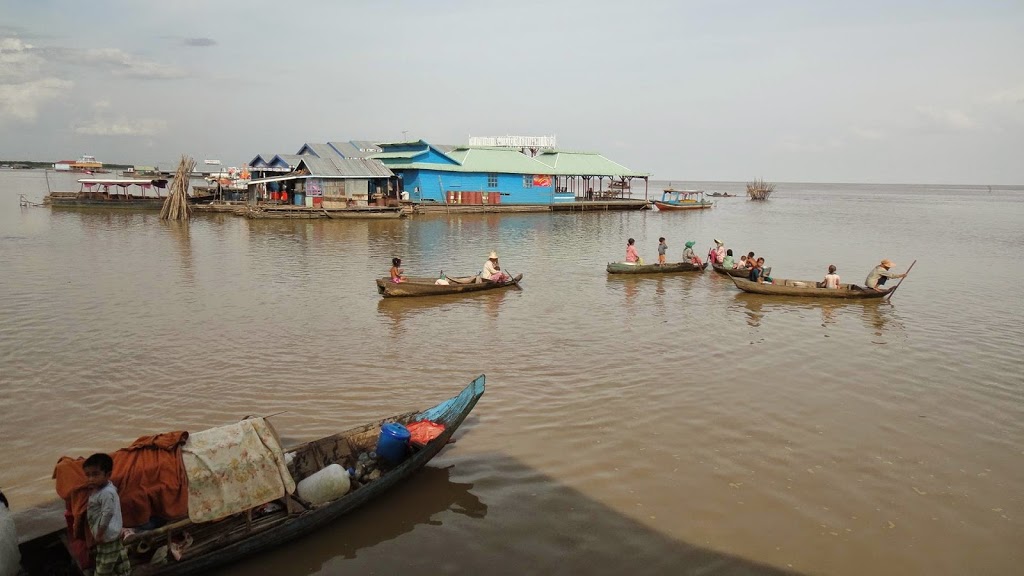 Around is not the typical vacation destination that everyone desires. The water is filthy, not clear as crystal nor azure. It is not comfortable as everyone enjoys. Traces of a tedious and hard life is evident everywhere. Every day is a fight against poverty and  for every child, a quest for quality education and proper nutrition.

Life for them is tougher than we thought it is. Deep within their eyes are enormous pain impacted by life’s adversities, but they are like their  houses built on stilts, strong enough to withstand the wind and flood. Whatever life brings ahead, they just simply float.

The Famous Angkor in Cambodia

Ta Prohm and its Gigantic Trees

The Apsara Show in Siem Reap

From Thailand to Cambodia by Land

The Apsara Show in Siem Reap

The Famous Angkor in Cambodia