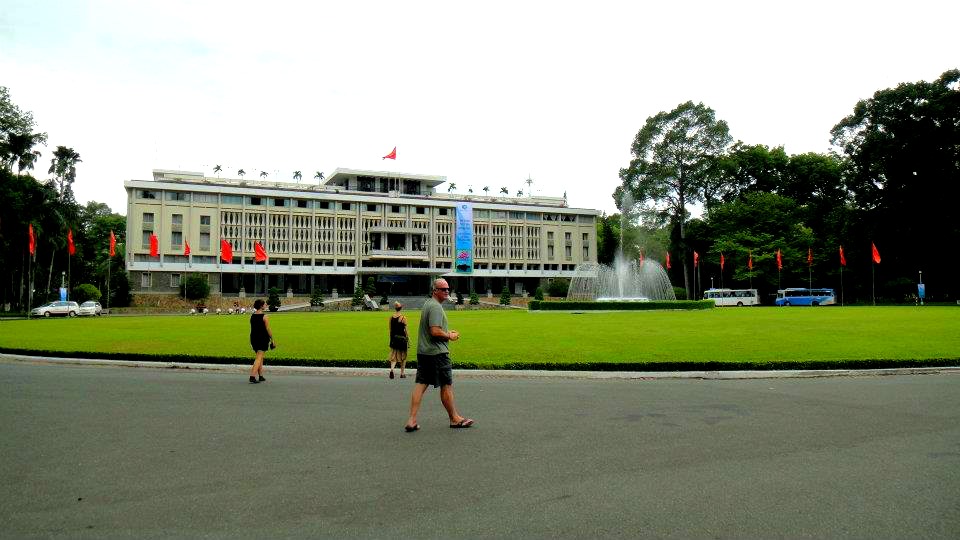 The Façade of the Reunification Palace

The Reunification Palace or Independence  Palace is situated at 135 Nam Ky Khoi Nghia Street, District 1, Ho Chi Minh City, Vietnam. This is the place where the President of South Vietnam resided and worked before the Fall of Saigon happened. The end mark of the Vietnam war transpired in this palace when a North Vietnam fighter plane bombed  this place and bulldozed the palace’ gate.

Up to these days, the original T-54 tanks which smashed the gate of the palace are still displayed and parked in the palace’ compound reminding every citizen of Vietnam that these tanks liberated them and made them one as a country. The tanks are the witnesses of what had evolved over the years

Though it is a source of visitor’s fascination, the palace hides secret rooms in its basement. That of course includes the eerie corridors that seemed to be a warren of tunnel primarily used for escaping.

The basement is intriguing, you could also see many rooms like the Communication Room, the War Room of the President, and the Command Bunker with the Radio Room and strategy maps on the wall. 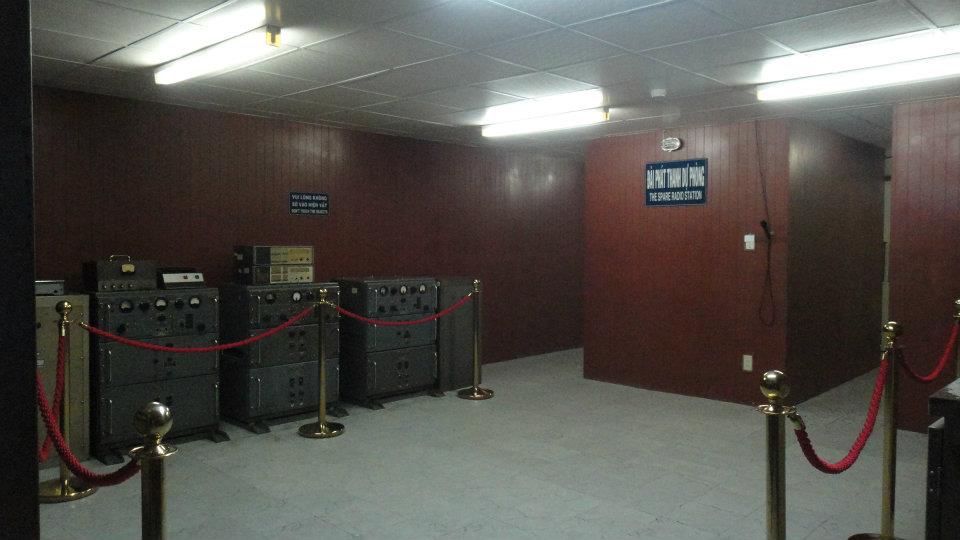 The First floor is not much of an interest as it is only allocated for  different meeting rooms. 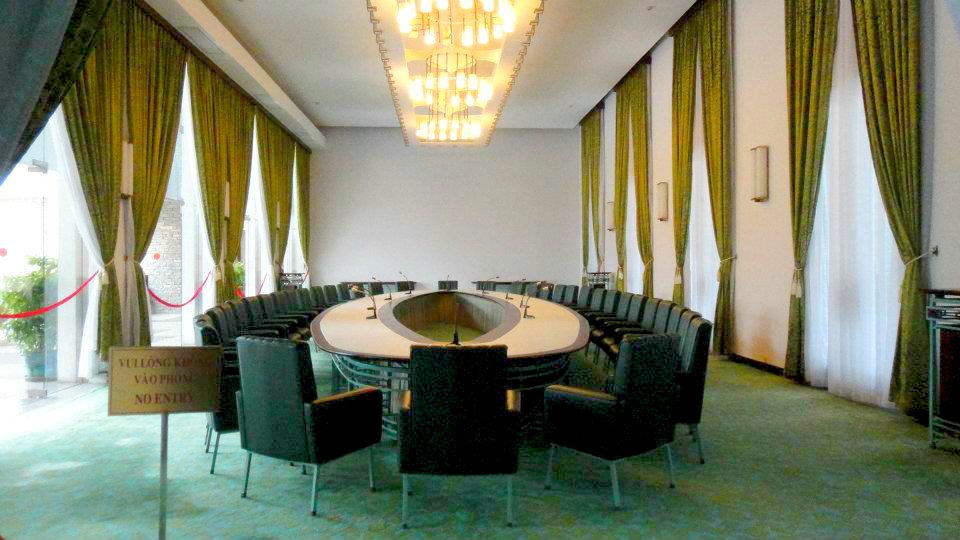 The second floor holds the nicest view of the city from the palace. It is also used for the presidential offices and reception. The President’s bedroom is also located in the same floor, but is not open for public viewing.

The vast gold, black and brown lacquer-made Vietnamese mural which serves as the Credential Presenting Room or the President’s Diplomatic Reception Room’s backdrop  is so beautiful and impressive. The room is embellished basically with gold color. The coffee tables and other decorations are also painted with the same. I find this room the most charming in the palace.

Lavishness is obvious in this part of the palace, the third floor. Much of this is allocated for pleasure and of course entertainment for their valued visitors. It is visible from the red velvet cinema chairs that can accommodate many  to the  elegant first lady’s dining room and the palace’ extensive playing rooms.

The fourth floor or the roof top is also interesting as climbing the top would give you a scenic view of the surrounding  and an old US UH-1 helicopter  welcomes you. It was purposely stationed for the staff before to escape just before the palace was overrun. 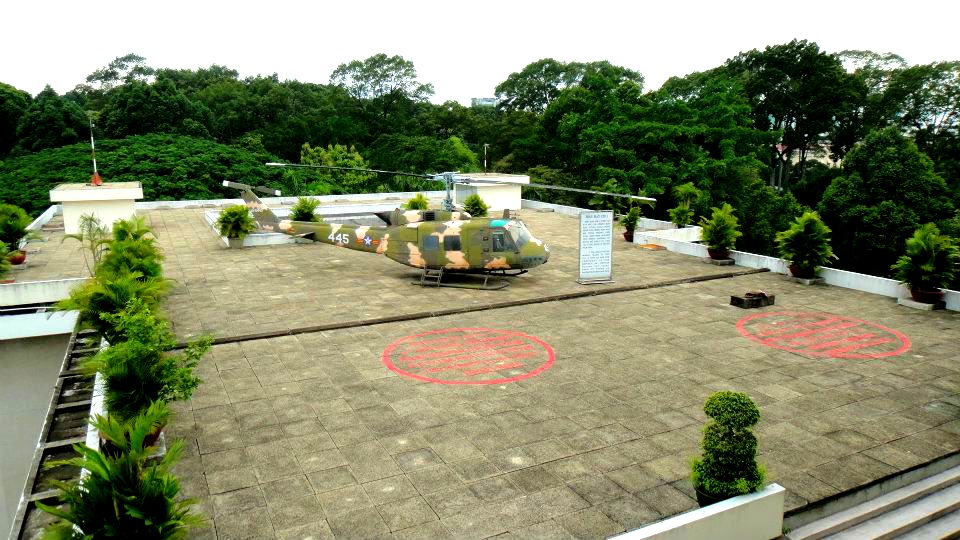 The Roof top with heli pad

What is written inside the red circle? It says,

You cannot also miss the presidential gifts displayed in the courtyard of the palace.

Up to these days, the Reunification Palace is a tourist destination, but still in use for important and significant national events.